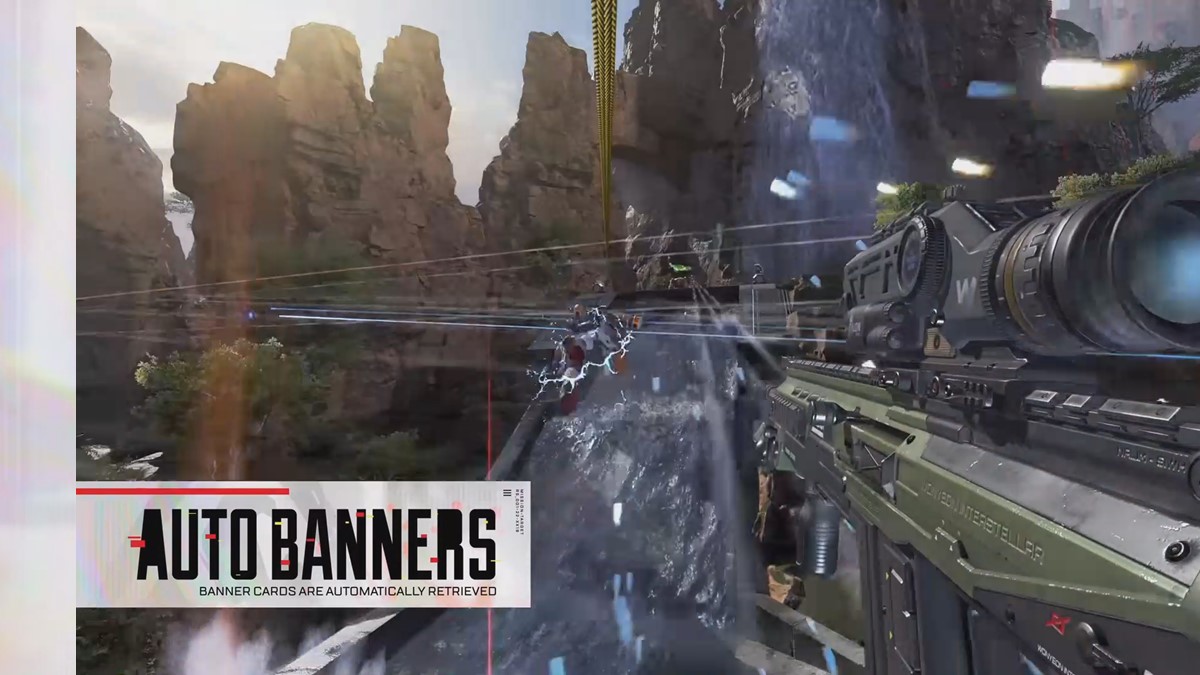 The Auto Banners Limited-Time Takeover is a two-day Takeover in the Apex Legends War Games event. It is smack in the middle of the event’s total roster, and like Second Chance, it is all about a major change made to the respawn system. This will only affect players once they have been killed, not while they are downed or revived.

Auto Banners work just as the name implies. Gone are the days of running into fire to grab a teammate’s banner or having a stray TTV Wraith main on the other side of the map die with no way to get to their banner in time. As soon as a player dies, the team has the banner.

This will make for some interesting play because theoretically, you could have two teammates rush into battle, while the other camps a respawn beacon in a safe location nowhere near the fight. That said, unlike Second Chance, you will still lose all of your weapons and gear if you do this.

The Loot Pool has also been adjusted to accommodate this respawn-heavy LTM by making Mobile Respawn Beacons a much more common item to find. Nothing was taken from the Loot Pool, though, so if you prefer to carry Heat Shields in your Survival Slot, the item will still be available.

The Auto Banners Limited-Time Takeover is active from April 19 until April 21.