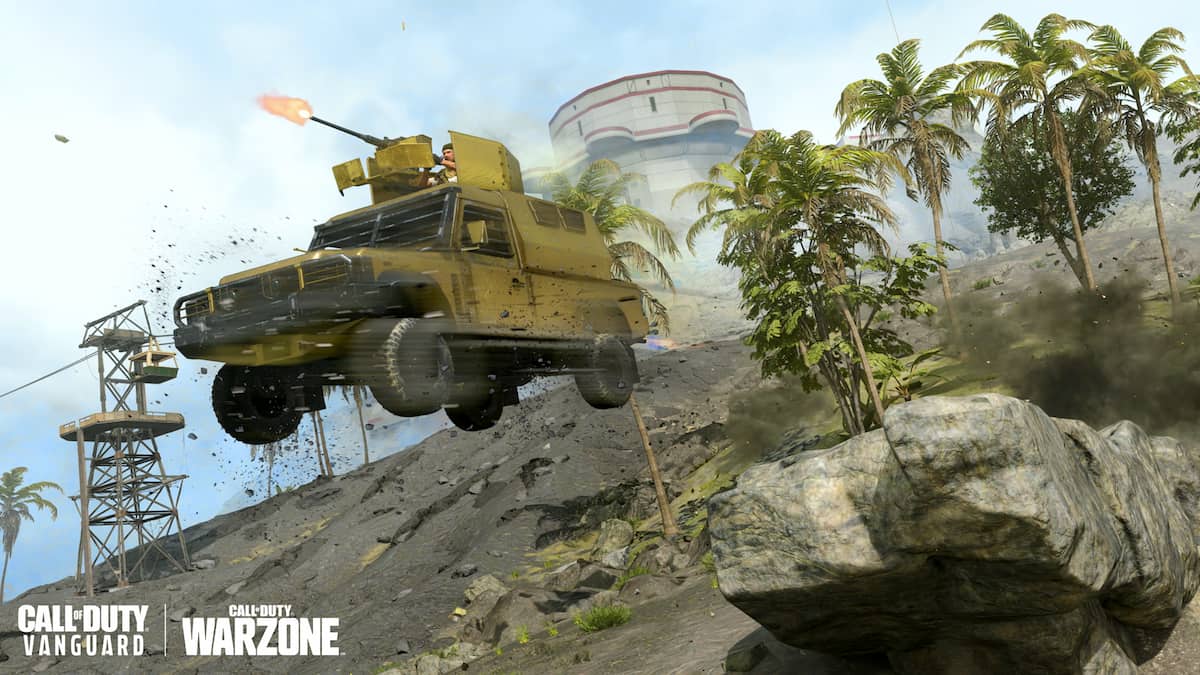 From ATVs, cargo trucks, to helicopters, Call of Duty: Warzone has debuted a collection of vehicles since its debut. However, players searching for the absolute best to lead them to victory will want to turn their attention to the Armored SUV. The bulky car lends enough space for your entire squad to fit inside and hosts a turret for you to lay limitless ammunition into opponents. As deadly as it is, the Armored SUV is one of the rarest finds in the battle royale. Here’s where to discover the vehicle and how to use it to its full potential in Warzone.

Where to find an Armored SUV in Call of Duty: Warzone

Unlike most vehicles, Armored SUVs will not automatically spawn within the Caldera map. Instead, players will need to complete a Sabotage Contract in order for it to be rewarded. Only one Sabotage Contact will be available, and it spawns in a different location each match. The contract’s objective consists of a squad needing to destroy a highlighted armored truck before the given time limit runs out. If successful, the squad will be airdropped one Armored SUV and earn a large cash bonus.

However, there is a quicker method to trying out the vehicle. In Resurgence mode, players within Fortune’s Keep can always run into an Armored SUV south of the Winery location, alongside a dirt road (as shown below). Whether in Caldera or Fortune’s Keep, all Armored SUVs bear five seats, a turret with a bullet shield, and a nitro boost that makes the vehicle the fastest in the game. Additionally, players sitting in the passenger or backseats will be able to aim and fire from weapons while inside the SUV.

Related: How to get and use Portable Redeploy Balloons in Call of Duty: Warzone

That said, we recommend those not piloting the turret to use an assault rifle, as the weapon class gives you the best chance of hitting shots while the Armored SUV is in motion. The best ARs include Vanguard weapons, such as the STG44 and KG M40, though the recently released Vargo-S is also capable of dealing some serious damage.