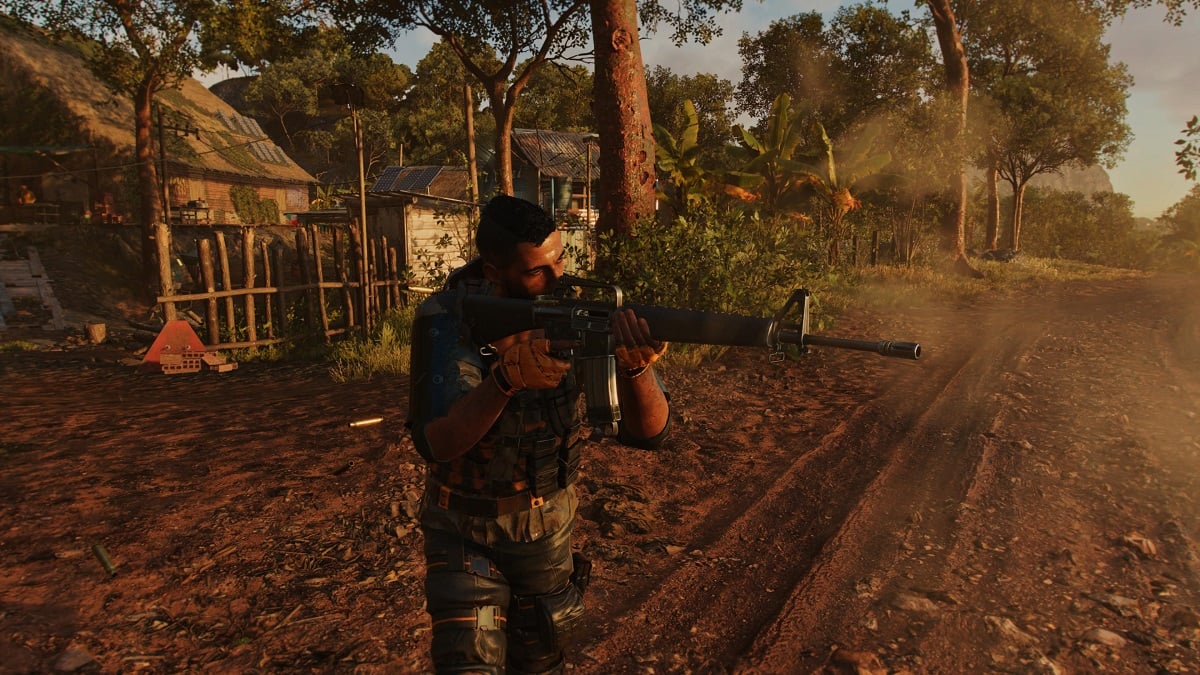 Weapons are a commodity in Far Cry 6, and when you get a new one in the game, it’s like getting a new toy. There are multiple ways of gaining new weapons, including exploration, finishing missions, and of course buying them. Rather than playing with your Hot Wheels, let’s get right into the action.

The first way is to explore the world around you. In Yara, there are all sorts of crates that offer you plenty of goodies. FND crates are stored within military target bases, ambushes, and checkpoints throughout the land. Most will give you important resources like gunpowder, but some do offer decent weapons you can use for your pursuit of freedom. Finding maps within bases will tag FND crates you can pick up. It will show up on your map. You can also speak to fellow guerrillas for intel, which will lead you to previously unknown military targets. Weapons and equipment can also be found through treasure hunts.

In addition to opening FND crates, there are more ornate boxes that carry unique weapons. This is the good shizz. For example, you can find the Iron Curtain SMG under the water during the Balance the Books mission. They often have unique attributes to them. The Iron Curtain, for example, has soft target rounds and a basic suppressor, suited for stealth missions. It also has an increased draw speed among other positives. The downside is that you can’t add your own modifications to unique weapons.

Another step in getting every weapon in the game is by upgrading the Guerrilla Garrison, which offers up basic to specialist weapons for sale. You’ll need to gather resources like metal and gasolina to bring it up to speed. We were able to acquire the best sniper rifle in Far Cry 6, the MBP .50 by buying it at the Guerrilla Garrison.

Finishing specific missions will give you weapons. To give an example, we found the Surf ‘n Turf assault rifle by completing the Crocodile Tears side quest, which took a mere five or so minutes to complete. It’s one of this writer’s favorite guns in the game. Story missions also count as one of them gives us the Tostador flamethrower.

Lastly, is the black market and Los Bandidos, which can be found at guerrilla camps. The black market offers up weapons like the 1887 shotgun, MP5, and the Eastern Front, and it constantly rotates the selection that you can buy. However, you can’t use Pesos. You instead have to earn Moneda that you can get from finishing special operations that are offered by Lola.

Los Bandidos is right next to Lola. You can take your recruits on missions that are text-based. If you make the right decisions, you can get rewards like guns, Yaran Pesos, and materials.