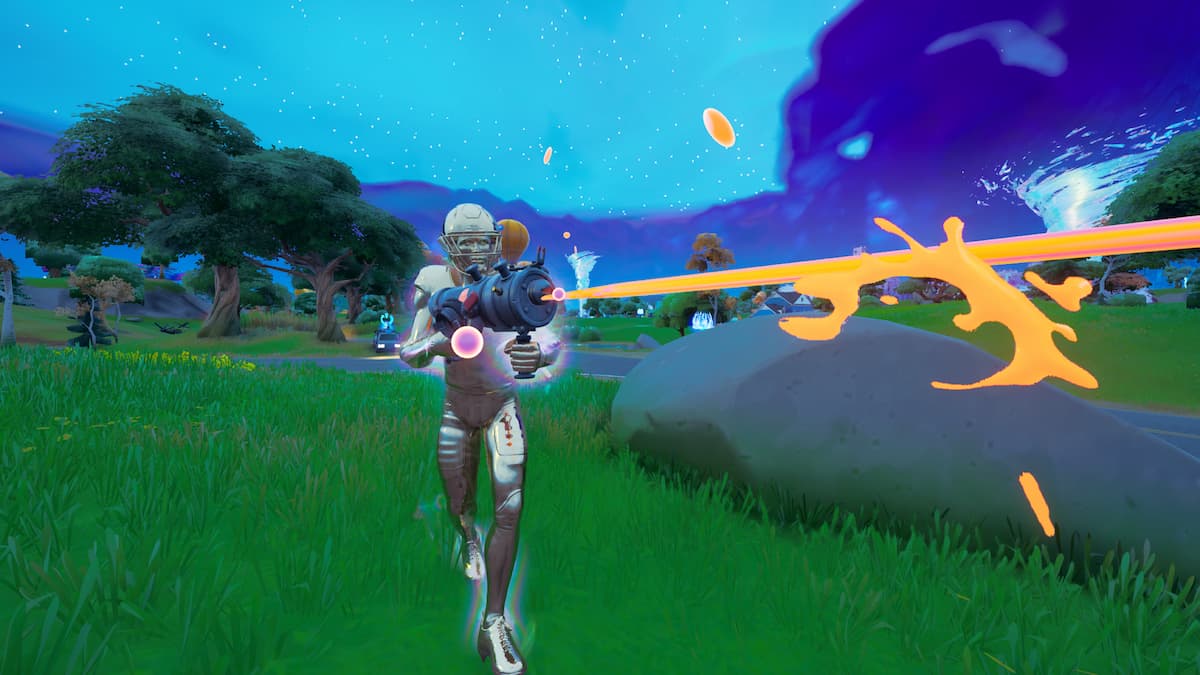 Amongst the several new and unique items that have made their way to Fortnite in Chapter 3 Season 4, the Explosive Goo Gun is surely the headline weapon worth witnessing. As advertised, those who wield it can stick enemies with an orange fluid that is guaranteed to explode and result in tons of damage. However, players shouldn’t expect this invention to have a whole lot of rarities or ammo. Here’s where to find the Explosive Goo Gun and what to expect from it in Fortnite Chapter 3 Season 4.

Where to find the Explosive Goo Gun in Fortnite

Despite it being a far departure from most items, you can find the Explosive Goo Gun in chests, Supply Drops, or as ground loot — but, one method can make this search a breeze. If you have been lucky enough to discover vault keys, the Rare Chests in the game’s many vault locations are highly likely to hold the gun. Most vaults bear at least two Rare Chests, so it is possible to run into multiple Goo Guns with the help of a single key.

Although carrying two Explosive Goo Guns may sound pointless, it is essentially a must for players who want to use its explosive substance throughout an entire match. That is because the gun comes packaged with just 180 “rounds” of goo and it cannot be refilled once its tank is emptied. No matter, the Rare-rarity weapon should not ignored. The Explosive Goo Gun has a mind-goggling fire rate of 20 and each round is capable of exploding for 16 damage. Better yet, users can even double this damage stat when landing headshots.

Related: How to find Holo-Chests in Fortnite, and what they do

The weapon certainly makes itself a perfect candidate for your weapon of choice when going up against final opponents or NPCs. That said, we highly recommend using it when taking on The Herald, a boss character which spawns exclusively at Herald’s Sanctum. Players able to defeat her will even have themselves a Mythic weapon and plenty of other rare items.