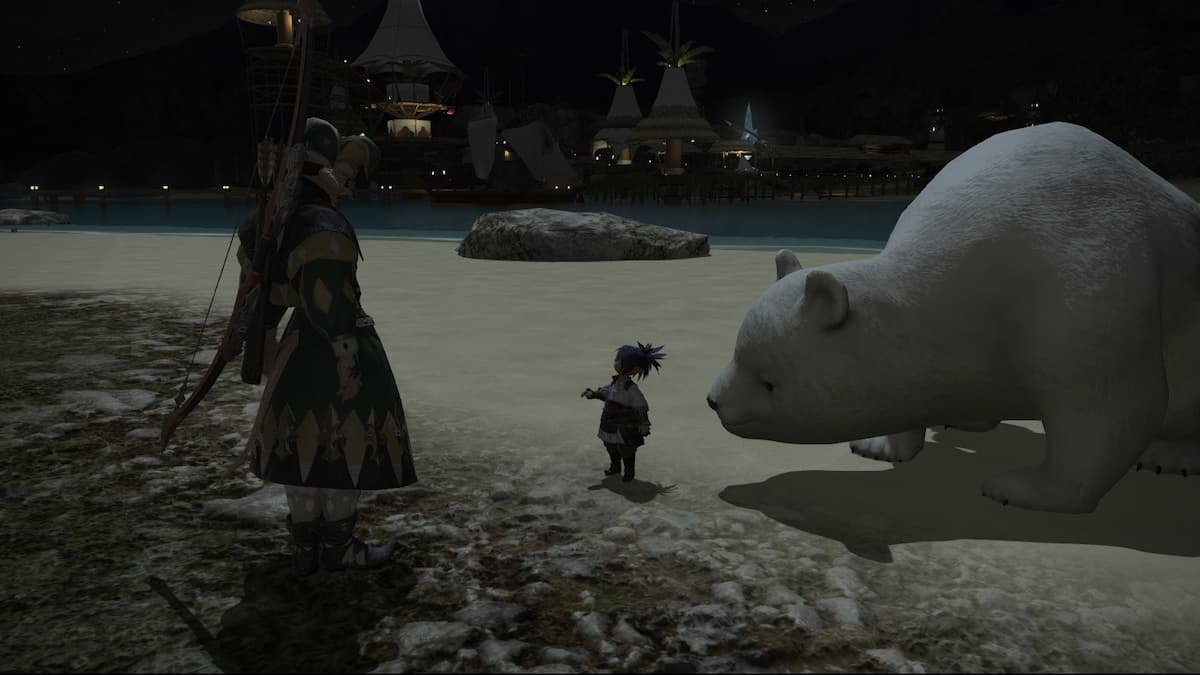 The Moonfire Faire has returned to Final Fantasy XIV, and with it, several unique rewards for players who participate in the limited-time event. The Moonfire Faire will be happening from August 13 to 26, and any rewards available from participating in the event will disappear once the final date rolls around. However, if you’re keen on adding a new mount to your collection, the Polar Bear mount, you need to receive the Polar Bear Horn. This guide details how to acquire the Polar Bear Horn in Final Fantasy XIV.

The Polar Bear Horn will be a quest reward for participating in A Treat to Beat the Heat. This quest unlocks after you’ve completed Unseasonable Chills, the first quest in The Moonfire Faire, which you can receive by speaking with Mayaru Moyaru in Limsa Lominsia Upper Decks. You’ll assist in preparing for The Moonfire Faire by helping the lead chief, Nekeke, who brought over a treasured ice from the north and a trio of polar bears from their adventure. Unfortunately, the ice also contained an Ice Bombard, which crashed Nekeke’s ship. During the Unseasonable Chills, you’ll have to defeat the Ice Bombard to complete the quest.