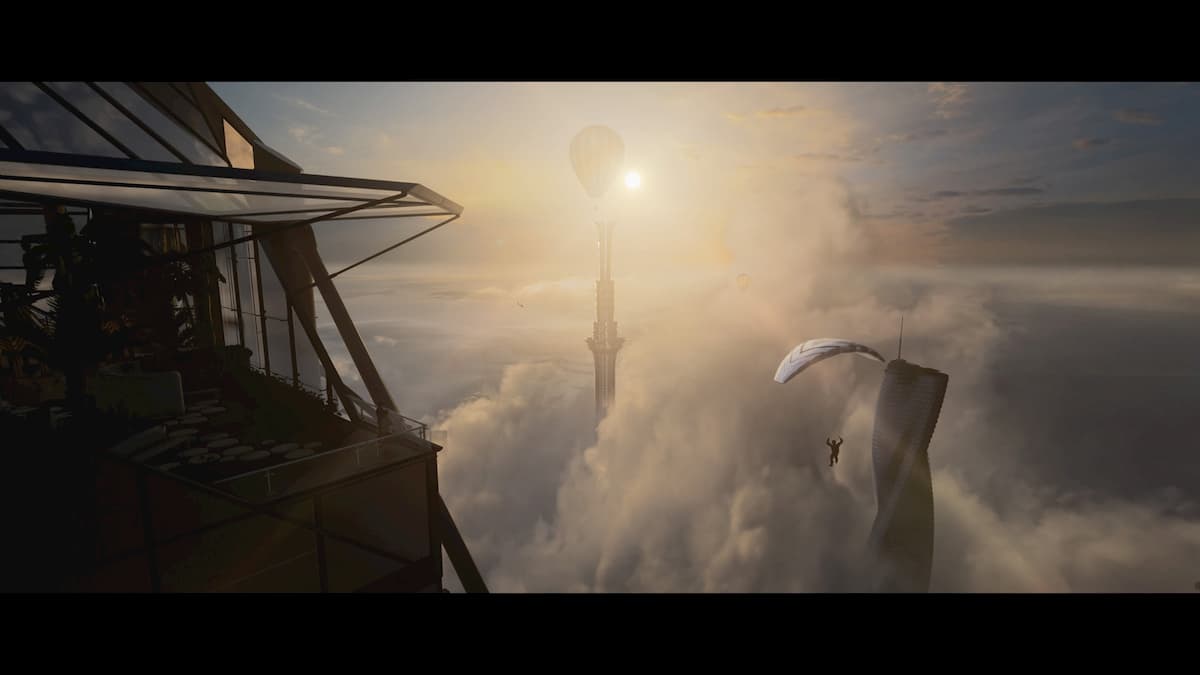 The first mission in Hitman 3 features two targets for you to take out: Carl Ingram and Marcus Stuyvesant. Both of them have wronged 47 and Grey, and now is the time to get back at them. There are multiple ways you can take them out, and if you’re looking for a particular challenge, you can complete the Treacherous Architecture achievement.

The achievement requires that you kill Ingram with his oil-rig model, then you have to kill Stuyvesant by pushing him over a railing, and then kill them both while they’re in the air. The first two occur through story opportunities. We recommend taking out Stuyvesant first and then Ingram. After completing those, you’ll have access to the final one, killing them while they’re in the air.

How to kill Ingram with his oil-rig model

To eliminate Ingram by pushing him onto his oil-rig model, you will have to work your way through the Bird of Prey story mission. You can start the mission by walking over to the garden on level 1, to the Atrium’s right. Once there, you’ll overhear an individual known as Zana Kazem attempting to get inside. He’ll be denied and turn away. For the opportunity to work, you’ll have to assume his disguise. Because he’s in the garden, a public place, it’s a little tricky to eliminate him.

To do this, you need to find the sound system in the garden, on the left side. Interact with it to bring the blonde woman over to it, and turn it off. While she’s turning it off, you can distract Kazem by tossing a coin to the opposite side of the garden and take him out. If you need an item to distract Kazem with, there are coins on the bench he sits on you can toss.

Now that you have Kazem’s disguise approach the guards protecting Omar al-Ghazali’s personal assistant, and then go up the stairs. Make sure you do not have any illegal items on your personal when they frisk you. After they do that, speak with the assistant, and then follow her. She’ll lead you to a meeting room where you can meet with Ingram.

The meeting with Ingram will go smoothly. He wants you to prove yourself as an assassin and take out a noisy reporter who’s shown up at the party. All you have to do is make your way downstairs, locate the reporter, and then escort him. By escorting him, you can lead him to a secluded area, take him out, take a picture of his incapacitated body, and then return to the assistant with the picture. The reporter will be hesitant to follow you forever. We recommend taking him over to the front of the staff area, to the back left of the Atrium, behind the stairs.

Upon successfully returning to the assistant, you can go up to the penthouse and speak with Ingram. He’ll ask for all of his guards to leave, and then he’ll be over the top of his oil-rig model on his desk. However, one guard will remain in the room behind him. Once you take out Ingram, take out his guard immediately after. We recommend having a spare weapon in your hand to toss at them. Run out of the room after doing this. You’ll have to grab a fresh disguise to elude the guards, or you can exit the mission if you’ve already taken out Stuyvesant.

How to kill Stuyvesant by pushing him off a rail

A simple way to gain access to Stuyvesant is to complete the mission story (In)Security. It’s an opportunity where one of Stuyvesant’s new guards is starting that day, and he’s running late. To gain access to the role, you’ll need to find the late recruit next to the kitchens, in the changing room. You have to gain access to the staff area. You can quickly do that by going to the staff door at the rear of the Atrium, behind the stairs. Type in the code 4-7-0-6, and then make your way through the hallway. The recruit will be speaking to a woman, and you can grab those papers before they notice.

Next, you’ll need a event security disguise. It’s the one where the guards are in white uniforms and have blue berets. There are multiple walking around in the immediate area, and at the party, but there’s a good chance to grab one next to the kitchen. There are a pair of security guards talking to each other next a vending machine, next to a bathroom. Go inside the bathroom, overflow the sink, and then leave. Wait for one of the guards to enter it, and follow them inside to take them out and assume their disguise.

Follow the rest of the mission, and you’ll be able to report to meet with Stuyvesant. He’ll greet you, and then take you on a brief tour of the facility. He wants to see your skill in action and asks you to perform a knife-throwing event. You’ll have to land each of the targets, so we recommend saving at this point in case you need to redo it. If you hit every target, Stuyvesant asks the other guards to leave the area, leaving the two of you alone. He’ll lean over the balcony, and then you can push him over the side.

How to kill Ingram and Stuyvesant in the air

Make sure you’ve completed both of those story opportunities before this next step. Now that you’ve taken them both out, you have to start the mission over again. Doing the following will also get you the Mile High Drop challenge. You need to work your way through the level to find a specific security room — the quickest way to make it to that security room, on level 3. You can do this with the penthouse guard outfit, and the quickest way to gain one is to go to the back of the Atrium, wait for a guard to stand next to one of the pillars, and take them out. You can drag their body into the staff area using code 4-7-0-6 and then assume their disguise.

From there, go to level 3, and find one of the penthouse guards disguises to grab. There’s a security room on level 3 that has a locked box. You can access it using the code 6-9-2-7. Inside, there’s an evacuation code. You can use this to force both targets to evacuate the building, which will send them skydiving.

To start the evacuation, you need to make your way to the next floor on the penthouse. There will be a pair of guards standing next to it discussing how it works. You need to use the evacuation card on the key reader downstairs and upstairs. It has a timer attached to it to hit one and then run to the other. Once you do that, both targets will be escaping, and they will proceed to the helipad.

However, you do not have to follow them. You can wait on penthouse level 4, on the far side of it. There will be an open area leading outside that they jump from every time. But, before they go there, you can go to where their skydiving parachutes are and ruin them with a kitchen knife. There’s a kitchen knife in the penthouse main lounge that you can use to cut them. Now, when they jump, they’ll fall to their deaths.