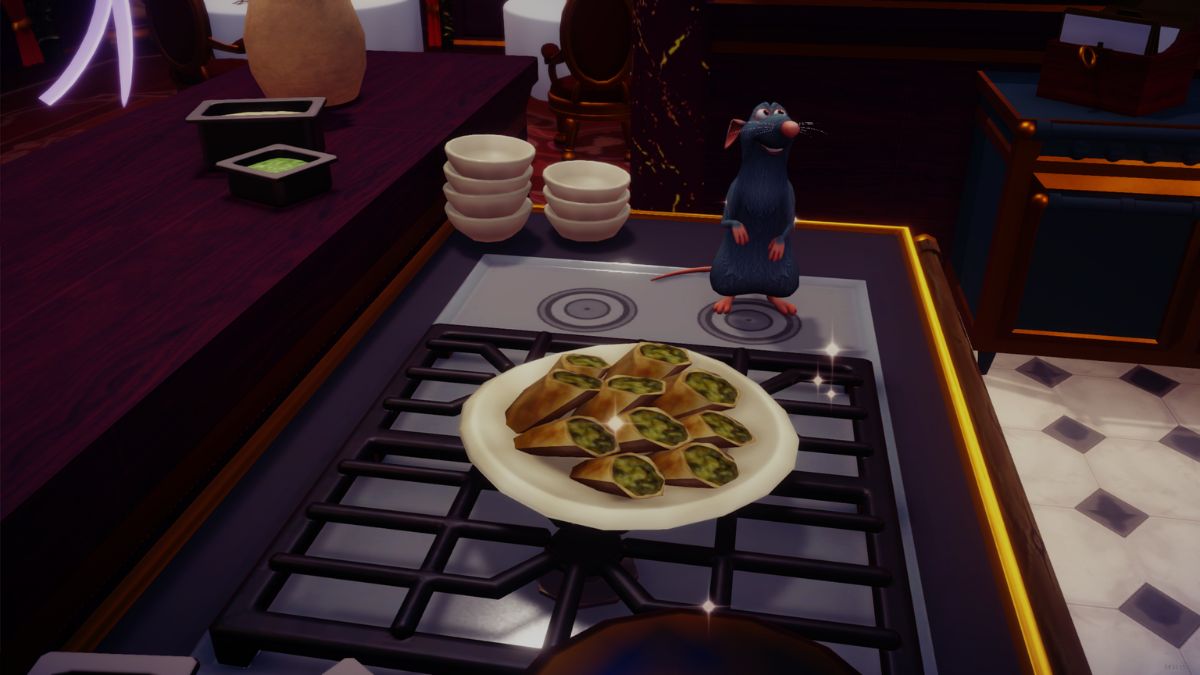 There are a ton of different recipes that you can learn in Disney Dreamlight Valley and share with the Disney characters living alongside you. While there might be a few recipes you don’t recognize, there are plenty that you may know from Disney movies. For instance, Kronk’s Spinach Puffs from The Emperor’s New Groove make an appearance and you can make them to try for yourself. This guide will show you how to make Kronk’s Spinach Puffs in Disney Dreamlight Valley.

If you ever wondered how to make this fan-favorite character’s signature meal, it is actually quite simple. Each of the recipes in the game is rated from one to five stars to show how many ingredients are required to make them. Since this recipe is a three-star meal, it only requires three ingredients to make, just like Chili Pepper Puffs.

Before you can make this recipe, you will need to unlock two of the biomes; the Glade of Trust and the Forest of Valor. These biomes aren’t the most expensive to unlock and will cost you around 7,000 Dreamlight to access. You will also need to unlock the Chez Remy restaurant so you can gain access to the pantry. Gather the following ingredients to make these Spinach Puffs:

Related: How to make Veggie Casserole in Disney Dreamlight Valley

The Cheese is found in the Chez Remy Pantry and can be bought from Remy for 180 Star Coins. The Spinach can be bought from Goofy’s Stall in the Glade of Trust. If it is unavailable, you can purchase the seeds and grow them yourself. The Canola and its seeds can be found at Goofy’s Stall in the Forest of Valor. Once you have all the ingredients, go to the nearest cooking station and make yourself some of Kronk’s famous Spinach Puffs.