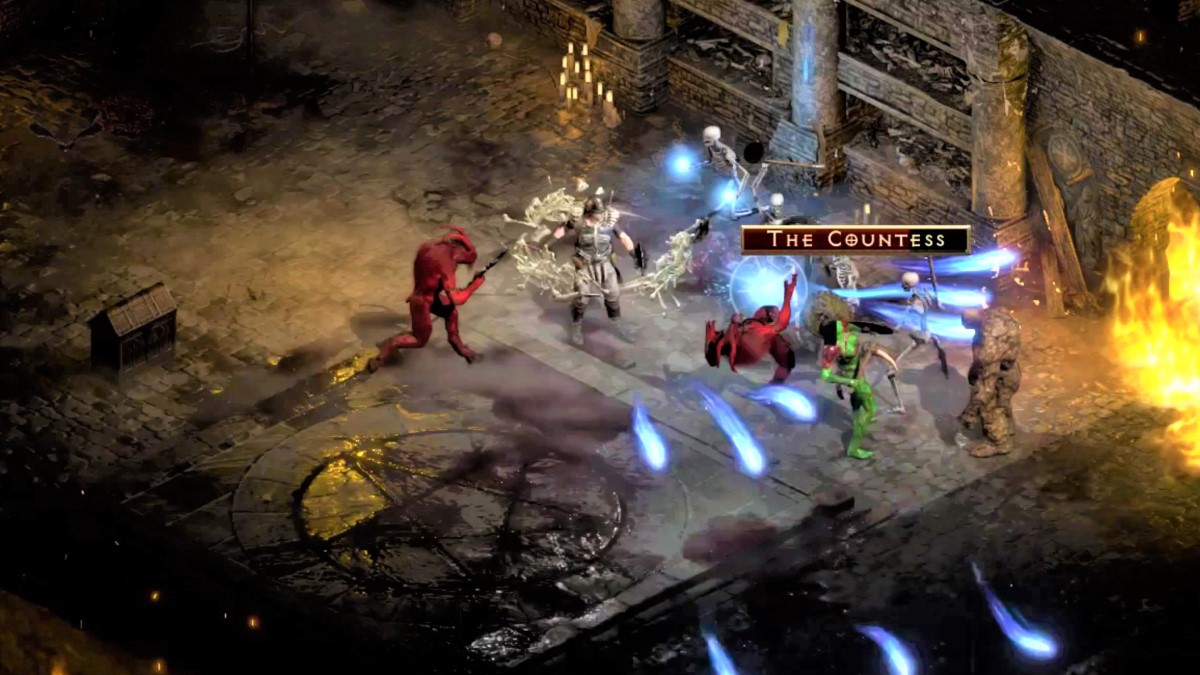 There are thousands, maybe even millions, of possible items in Diablo II: Resurrected, and part of the game’s appeal is combining them in your own unique way. Having said that, there are a few items that are particularly useful, regardless of Class or playstyle, and aren’t spawned randomly (and can therefore be crafted). Perhaps the most popular item of all such items is Stealth armor, and you can get it as early as Act I.

To craft Stealth armor, the first thing you need to do is get hold of the correct runes, namely Tal and Eth, so that you can create the runeword TalEth. The earliest part of the game where you can reliably find runes is on the bottom floor of the Forgotten Tower in the Black Marsh. The boss of the Forgotten Tower, The Countess, always drops at least one rune, often more.

Tal and Eth are both common runes, so if you’re lucky, The Countess will drop one of each the first time you defeat her. If not, you can leave and re-enter the game, beating her as many times as you need to get the loot you want. It doesn’t usually take more than about three runs through the tower.

The next thing you need is a set of armor with two sockets in it. This should be fairly common and, if you don’t find one among ground loot, keep checking back with Charsi and Gheed until they have one in stock.

Finally, to use the Tal rune, you need to be at least level 17, so you may need to do some fast leveling up until you get there.

To make Stealth armor, simply place the Tal rune into the socketed armor, then the Eth rune. You must place them in that order – the runeword is TalEth, not EthTal – or it won’t work.

You now have a piece of body armor with the following bonuses:

Pretty much all of these bonuses are useful regardless of your class, and their combined effects will make a huge difference to a level 17 character. In fact, many players stick with their trusty Stealth armor throughout the entire game.