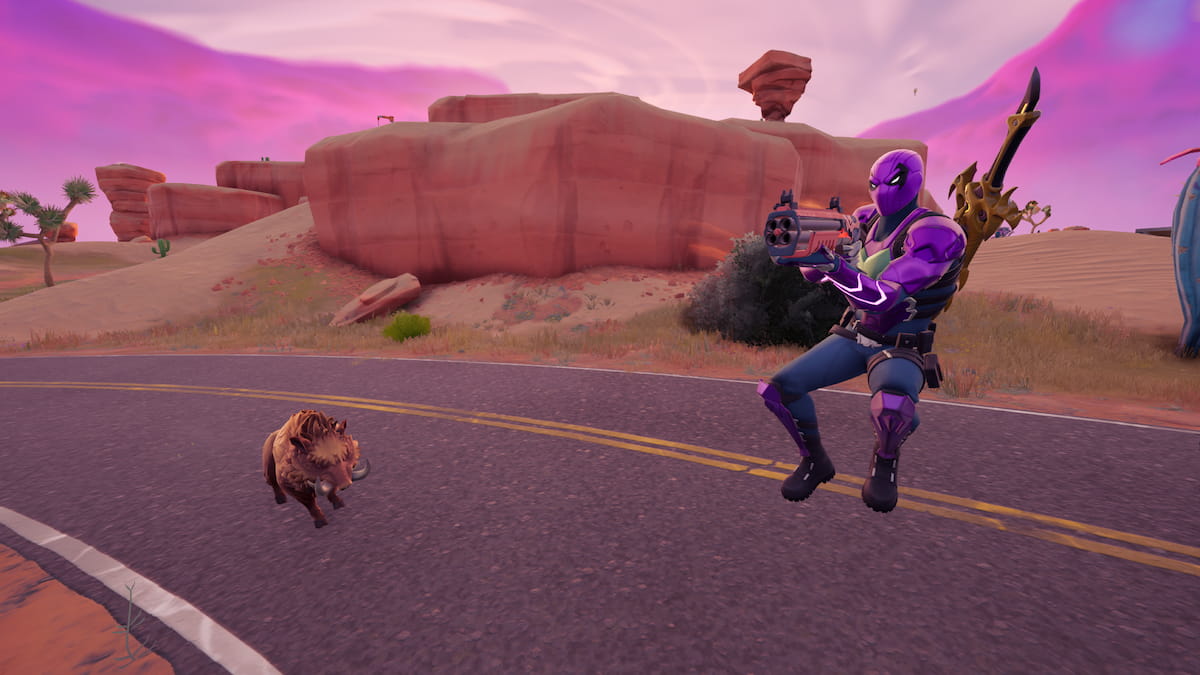 Since players have been able to ride animals in Fortnite, their speed has made them perfect for traversing the map in little time. However, for one weekly challenge, players must pull off the impossible and dismount a wolf or boar to perform an aerial 360 spin. This challenge can be tricky, considering jumping off these creatures won’t lend you much air time. Luckily, there are a few methods to help knock this challenge out in seconds.

Of course, one major hurdle in completing the quest is the search for a boar or wolf. They can be discovered in most sections of the map, though both are most populated in the areas east of Greasy Grove, north of Rocky Reels, and west of The Daily Bugle (as marked below). After you have found one, you can then calm and ride the animal just by hopping onto its back.

As for the spin, you should look to take your beast to the top of a mountain to ensure you gain enough air time. If you’re struggling to find one tall enough, we recommend heading to the tall rock structures southeast of Rocky Reels or the peak of Rave Cave mountain. From there, you can head off its cliff and jump off the animal by double tapping your respective jump button. This should allow you to burst into the air with enough time to rotate your character before touching the ground fully.

Those having trouble to pull off a full rotation may also want to increase their look sensitivity from the Settings menu’s Controller Options tab for faster spins. Once the challenge is complete, it should reward you with an additional 15,000 XP toward your next Battle Pass level. You can also expect to level up from the game’s No Sweat Summer Event quests, which offer XP and free cosmetics.