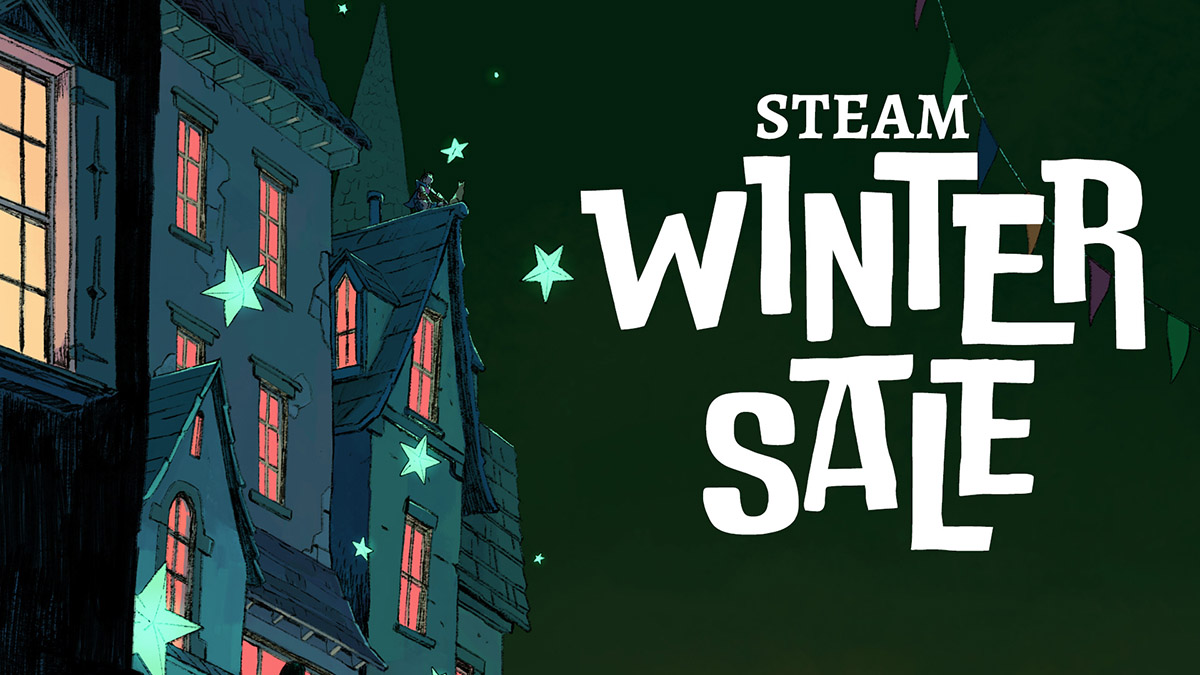 It’s another Steam sale, and that means PC players get to explore some of the greatest deals in gaming through the most popular PC storefront available. Whether you’re searching for a new FPS to test your reflexes or a title that encourages a bit more thought with strategy, there are more titles available on Valve’s platform than most could ever hope to play. Thankfully, we’ve done the hard work for you — here are the ten best deals from the 2022 Steam Winter Sale.

They can feel a bit odd initially, but it’s difficult to beat the complexity of mechanics and wild storytelling that JRPGs offer. If you’re seeking something different, these two JRPGs are guaranteed to shake it up.

Granted, if you’ve played Monster Hunter in the past, you’re already aware of what awaits you in Monster Hunter Rise. Battles against massive creatures that you’ll hunt, creating gear so you’re stronger for the next massive creature. It’s a straightforward gameplay loop, but it works when the combat is this engaging. Rise plays a bit faster than World, for better or worse, and the multiplayer is still far more of a headache than it has any right to be. For a single-player experience, however, entering into an immersive world and bringing down monsters larger than most houses remains an absolute blast.

A slave in a mask, until it’s revealed that you’re a beautiful male anime protagonist. It may be easy to dunk on some of the tropes within Tales of Arise, but the fact remains that it’s likely one of the best JRPGs of all time. Steady pacing and solid progression meet satisfying combat (once you put some time in), and it’s all matched by a beautifully realized anime that helps drive home some of the most impressive stories of the past two years. As is becoming the tradition with titles from the east, dodge the plethora of DLCs on this.

Whether you want to watch it all crash and burn, or make an avatar of yourself and see how well you can fare against outlandish creatures, settlement simulations are increasing in popularity. Scope out these two titles, and don’t forget to thank Dwarf Fortress for helping pave the way for this genre.

If you haven’t experienced the grim realities of RimWorld just yet, you’re missing one of the most engrossing gaming experiences that have ever been made available to the public. Once players begin weighing the consequences of cannibalizing the prisoners to survive the winter and using their skin to make hats, it becomes apparent how much planning and balancing goes into every play through. With absurd control over difficulty variables, and a never-ending mountain of mods that add new weapons, factions, and entire game mechanics, this is a title that you’ll never truly stop playing. Developer Ludeon Studios has been vocal about not wanting to place the title on sale, so this is a rare opportunity.

This game has enjoyed support thanks to its intuitive user interface, mechanics, and gameplay loop that all seem centered on enjoying yourself and letting your imagination run rampant. Of course, you’re still going to need to balance your limited supplies, trade routes, and surprisingly dangerous hunting for foodstuffs. Some point to this as a spiritual successor of Banished, but with more manageable death spirals, while others wish that there was a bit more personality for the villagers and events. Regardless of where you fall on the critical spectrum, Settlement Survival offers a fantastic heap of content.

Step into an intergalactic cruiser to save humanity, plumb a planet of every resource possible, and look dang good while doing it. Action titles aren’t the absence of thought, but more so the strategy of applying thought through action.

‘Rock and stone!’ is the call of the Dwarven miners that brave the harsh realities of Hoxxes IV, diving deep into the planet to pull precious minerals from the jaws of very upset insect-like enemies. With humorous tinges of classic ‘life for the company’ tropes, a wide gamut of RNG, and an all-out fantastic cooperative gameplay loop, it’s hard to go wrong on game night with Deep Rock Galactic. Developer Ghost Ship Games has earned every fan with consumer-friendly transactions, clear-cut road maps, and immaculate communication with the player base. At some point, however, you will start to wonder if you’re the bad guys in the story.

If you haven’t explored Subnautica just yet, now is an excellent time. It appears that this title is going to span a franchise after the recent success of Subnautica: Below Zero, but the original is a timeless classic of beautiful exploration, and the development of thalassophobia as inevitable horror creeps in from the murky depths of the ocean. Piece together a puzzle, explore the great ocean, and build yourself a beautifully functional underwater research lab with all of the resources you’re gathering.

Step into the shoes of someone that doesn’t have to worry about their monthly bills with these roleplaying games. Whether you’re actively saving the world or murdering gods, you’ll become stronger than you ever thought possible.

Platform exclusives are in no one’s best interest, aside from the corporations, so a celebration was in order when God of War came over to PC from PlayStation. The title is an absolutely brilliant romp through Norse lore, and it comes with the PC accouterments that are expected: 4K at 120 fps, DLSS, and reflex all combine to make this the definitive version of the hardships of Kratos, the man who just keeps pissing off gods from all the pantheons. The storytelling has taken a sizeable leap forward from the original few titles, and it’s worth exploring for the plot alone.

Step aside Star Wars — Mass Effect Legendary Edition is a space opera with a story that evokes more than nostalgia. Mass Effect Legendary Edition brings the first three Mass Effect titles into one package, with revamped graphics, gameplay, and menus. Play as Commander Shepard and save all of humanity, if the other species can be convinced to stand with us. The worst part of this brilliant trilogy is knowing that once it ends, you can’t go back — with a heft of side quests and mods, however, you won’t need to let it end until you decide you’re ready.

Get deeper into the game than ever possible, thanks to pricey VR stations and beefy computers. You’ll want your VR legs to be solidly under you for these titles, but the reward is sizeable with some of the wildest action ever experienced in gaming.

It will take time to get used to Sairento VR’s fast-paced slaughter-fest, but no decent ninja comes to fruition immediately. Flip, teleport, and slide around wildly different worlds while deflecting bullets back into attackers and removing limbs from hordes of enemies. This game will have you white-knuckled and out of breath while taking on contracts against absurd bosses, removing waves of enemies, and just enjoying the parkour system. There’s a reason it’s considered one of the best VR titles by us, but it is decidedly not for players still struggling to understand the system.

Zero Caliber VR has just released a massive patch in its early access journey to get ready to accept mods, where any player can create their own custom missions and maps for others to battle through. As the title stands, there’s a good bit of meat on it already — fast-paced missions, cooperative play, and a fantastic armory that will have you customizing weapons far longer than anyone would expect. The gunplay is solid, and that’s primarily what users tend to be interested in an FPS, but expect a slight learning curve in reliably pulling out weaponry and reloading.