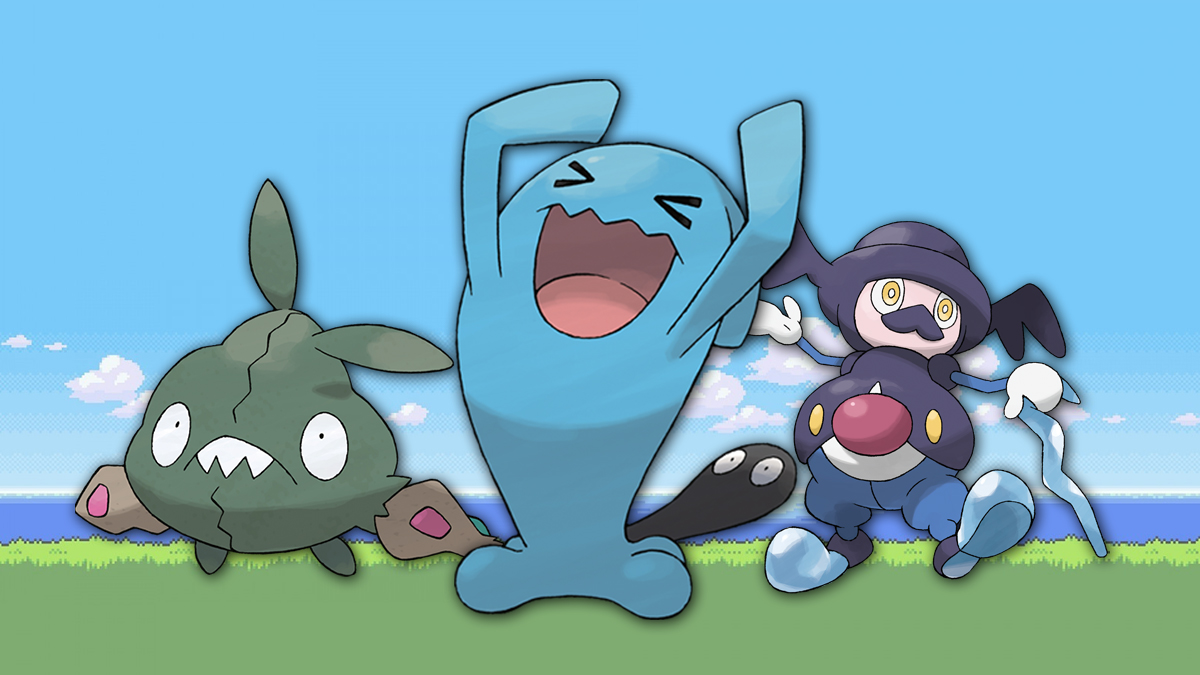 Humor is not a Pokémon stat that factors into the competitive scene, but there are a lot of genuinely funny Pokémon out there. We’ve gathered the 10 funniest Pokémon here, just in case you need a laugh as you work on completing that Pokédex. It won’t be 100% done without these jokers.

Normally, Diglett and its evolution Dugtrio are just little brown moles. Then, Sun and Moon decided to give them hairstyles that rival He-Man. Who knows why, but the result is hilarious.

Bidoof is pretty unremarkable on its own; it’s a little beaver with big front teeth. But when Pokémon X and Y introduced Mega Evolutions, the internet gave us Mega Bidoof. Things have never been the same since.

Nosepass is a strange Pokémon to begin with, resembling something of an Easter Island statue head. When it evolves into Probopass, it gets a Groucho Marx-style mustache and beady little eyes that make it look like some sort of Vaudevillian Mario. Once again, who knows why the developers went this route, but it’s a funny choice.

Magikarp actually tops the list of fish Pokémon, but that doesn’t make it any less funny. It may someday become a powerful Gyrados, but until then, it flops around, uselessly using Splash. It was the punchline of many jokes in the Pokémon TV series.

Of course, Meowth takes the cake when it comes to the TV show. As Team Rocket’s sidekick, this mouthy animal always had a joke to throw out in his old-timey Brooklyn accent. He’s one of the best cat Pokémon as a result.

Mr. Rime first came onto the scene with Pokémon Sword and Shield, being a cousin to Mr. Mime — apparently miming and tap dancing are comparable skills. Mr. Rime is always tapping out a rhythm during battle, no matter how dire things get, which hints at something strange under the surface. Don’t miss the eyes either: there’s a touch of Hide the Pain Harold in there.

Stunfisk is also on the list of fish Pokémon, but it ranks near the very bottom. It’s not nice to laugh at someone instead of with them, but you just know this flat-faced fish got picked on in Pokémon high school.

Trubbish is just trying its best, and that’s what its facial expression says. This little guy is proof that you can still get up and do something even if your body is literal garbage. What motivation.

Why is Surprised Pikachu a meme when Weepinbell’s natural face is always making the same expression? Justice for this middle evolution!

We’ll close out with one more running gag from the TV series. Every Pokémon says its own name, but Wobuffet sounds the silliest when it speaks. Between the exasperated face and the equally shocked eyes on its tail, this poor guy is just so done with your bull.