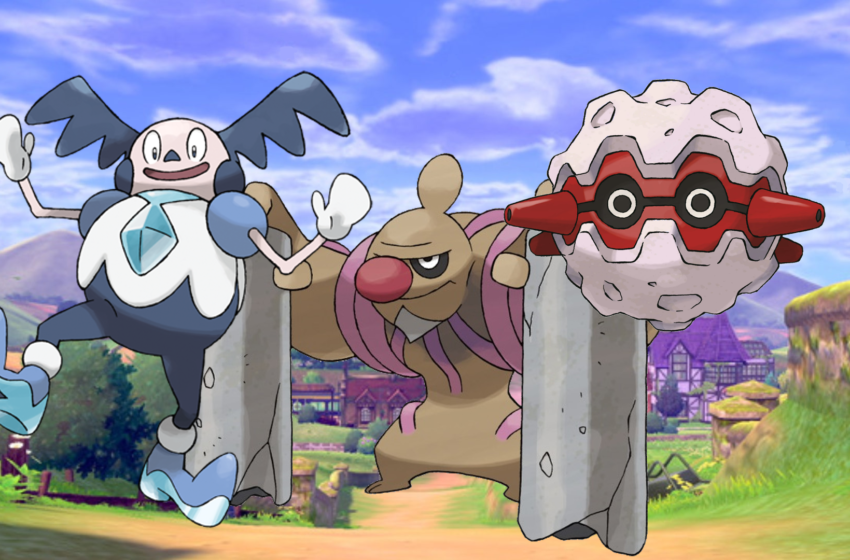 Pokémon has been around for 25 years now, having its initial release all the way back in 1995. Over those years, we have come to know and love so many Pokémon. They have become our companions and friends. There have been so many great designs… and these are not them.

It breaks our hearts to put this little dude on the list because it had so much potential to be as adorable as it is in all of its fanart. The problem is, in the actual game, the cute part is too small a percentage of the entire Pokémon. Everything below the fluff just looks like a rock. It’s drab, and the design just misses the mark.

This is probably the most controversial and polarizing pick on the list, as many people love Crawdaunt. The head on this Pokémon, though, is just two busy. The star, the eye detailing, the blue that shows up nowhere else in the design, it looks like a four-year-old did its makeup. Not a good look.

Oh, Dracovish. Anyone who played Sword and Shield knew this was coming. Created by science, this thing just looks like it was never meant to exist. It looks like every day it’s in pain and just wants to be put out of its misery. All the other fossil fusions are okay, but this one… no. Sorry, Dracovish.

Generation two has some of the cutest Pokémon of all time, but also some of the ugliest. Nosepass is just… terrible. The design is boring, the nose is ugly, and it would somehow be even worse without the nose. The franchise would’ve been better off without this nonsense.

Whoever thought ‘muscle-y old man with a beard, clown nose, bump on his head and large rocks in his hands that are also a part of him’ was a good idea for a Pokémon must have been making a poor judgment at the time. Also, if we are going by the name alone, ‘Conkeldurr’ is the ugliest.

This is another design that feels wrong to put here, but there is no way around it. Aipom was cute. Ambipom is mostly cute too. But the hands. Those hands. They are so awful to look at. Many players have stated that they look less like fingers, and more like… something else. 100% cursed content.

What makes us the angriest about Forretress is the lost evolution potential. Pineco could have evolved into a cool armadillo or something with spikes that went along with the first form’s theme. This Pokémon is ugly as hell and looks nothing like its pre-evolution. It’s the eyesore of generation two.

This man is not trustworthy. He looks like if you took every likable aspect out of Danny Devito and then made him a clown, a mime, and a dad who can’t relate to his kids all at the same time. Dreadful design. And we didn’t even have any negative feelings about the original Mr. Mime like some players do.

This thing isn’t even in the game yet, and honestly, it shouldn’t be. It looks like someone was going to draw a four-legged creature and gave up halfway through, and the bulb on its head is just way too big, Calyrex just needs a major redesign. Make it a deer, make the bulb smaller, and take it off the list. Please.

Remember when we said that the game would’ve been better off if Nosepass never existed? Here is the main reason why. This thing is the least creative, ugliest, poorly drawn creature in the whole franchise. It doesn’t have legs or functioning arms, just a blue-gray trapezoid with a huge nose, an ugly hat, a big ‘ol mustache and two creepy eyes staring at you. Putting it in the number one ugly spot isn’t even enough. 10-year-olds with a Deviantart account could literally design a Pokémon better than this. We are sorry you even had to look at it for the sake of reading this article.

Now that the roast is over, what do you think? Are there any we didn’t catch that belong on the list?

Note: Ultrabeasts were not considered for this list. If any of them are widely considered ugly, they simply lucked out.