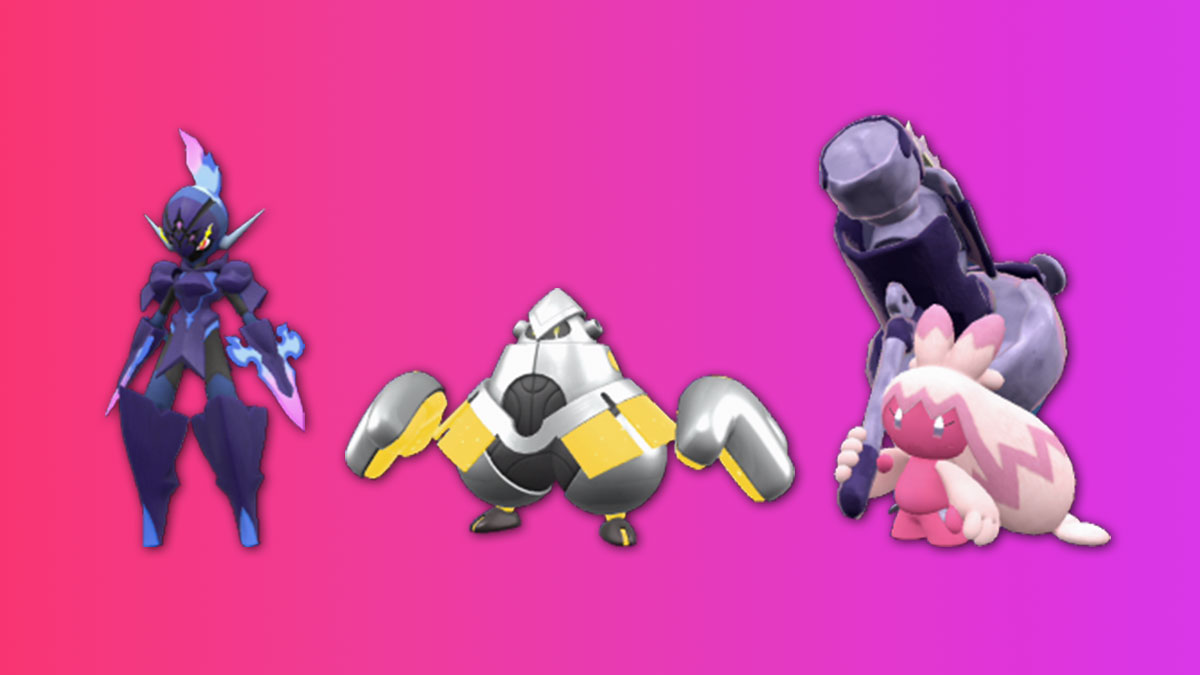 Finding a shiny Pokémon is a special experience: you see the ‘mon you know and love, but with a totally different color palette. At least, it should be a special thing. Some of the new shinies in Scarlet and Violet leave a lot to be desired. You want to send out a shiny that leaves your opponent thinking “where did they get that” — not “is something wrong with my color settings?” We’ve collected the 10 worst examples here, listed alphabetically and grouped together by evolution.

Everyone loved these Mega Man boss-looking newcomers at first, but their shinies should go the way of the Robot Masters and get deleted. No matter which version of the game you’re playing, the only difference is in the eyes. You really have to squint for Ceruledge in particular. It’s a bummer for what is otherwise a trio of some of the best new Pokémon in Pokémon Scarlet and Violet.

The running joke about Flamigo is that it’s ‘just a flamingo.’ In that case, its shiny is ‘just a paler flamingo.’ It’s probably meant to resemble the real-world animal’s baby form before its feathers turn bright pink, but it just looks like a developer accidentally turned down the saturation.

This whole line of Pokémon looks kinda funny to begin with, but when you factor in their shinies, they become downright disappointing. The hand tassels are the only things that look immediately different, since the skin is barely a different shade.

Good shinies often have totally different color schemes, but Glimmet just looks like two different kids did their paint-by-numbers assignments just the slightest bit differently. Glimmora is even less exciting, with only a different shade of blue to distinguish its shiny form.

These two Paradox Pokémon aren’t related, but we grouped them together because they made the list for the exact same reason. Future Paradox forms are meant to look robotic, so their shiny forms have more chrome coloring. In this case, these two disappointments just look like someone forget to finish coloring in the model.

Paldean Tauros is one of the best regional forms in the series. It’s primarily a Fighting type, but Scarlet players can find a Fire/Fighting breed, while Violet owners get a dual Water/Fighting form. The problem is, the shinies in all three cases are super dull, simply alternating between black and gray fur. There were three whole chances to get this one right, so consider this a full-on baseball strikeout.

This cocky bird rocks a rather stylish hairdo, but that’s the only part of it that noticeably changes color in shiny form. You might think that the pink ‘do makes for a good contrast to the black, and to a degree, you’re right. The problem is that Squawkabilly comes in four different colors, but the pink hair is exactly the same for all of them.

These mice might have the single worst shiny arrangements in all of Pokémon, much less Scarlet and Violet. The idea of a mouse couple and their kids wearing matching ‘shirts’ is cute, but the color difference is barely perceptible in the standard model, much less the shiny form.

Remember, Scarlet and Violet’s Pokémon are found moving freely in the wild, and they’re modeled to scale in the overworld. Tadbulb is tiny, and its shiny shades are already mostly the same — it’s very difficult to spot the difference when moving around the map, even if you stop to stare. Bellibolt’s shiny color differences are astronomical by comparison.

This lineup of Fairy types is a great addition to the Pokémon lineage, but their shinies aren’t very impressive. Each one carries a weapon that improves as they evolve, but that weapon is also the only thing that changes colors in shiny form. When it comes to shiny design, these Pokémon don’t so much change color as they do swap weapons for a different one on the rack.