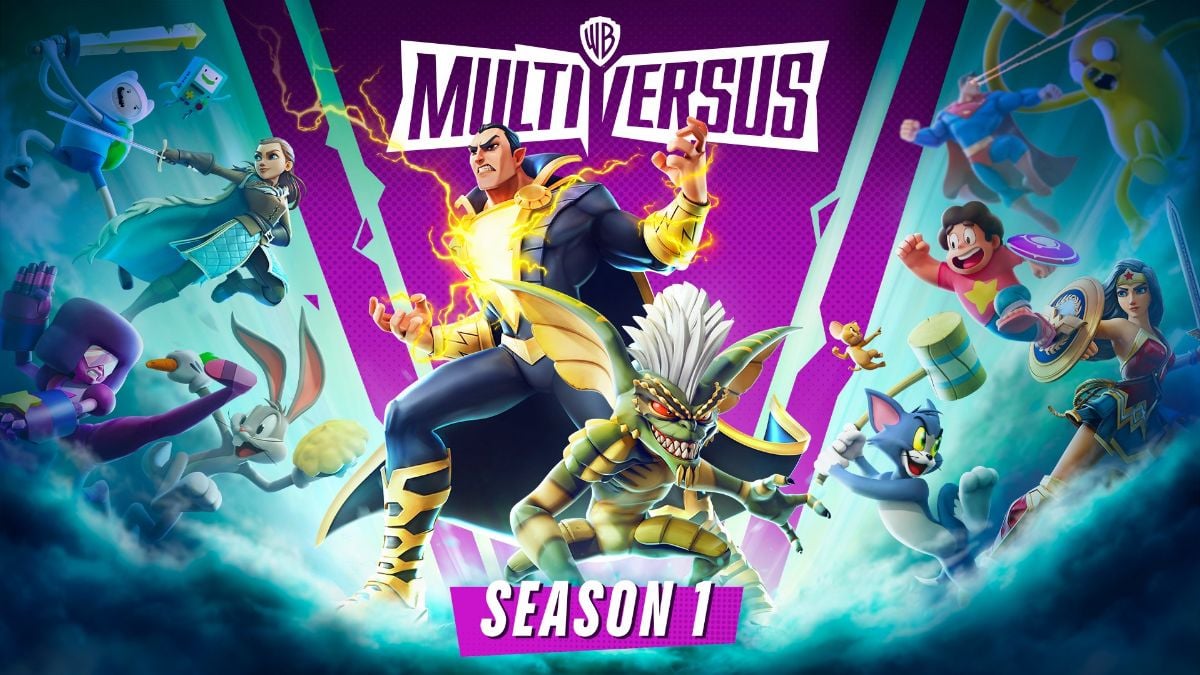 Warner Bros. Media announced that the unexpected duo of Black Adam from the DC Universe and Stripe from Gremlins are joining the MultiVersus roster. Both characters leaked before Warner Bros.’s official announcement on August 15. Warner Bros. gave a release time frame that players can expect the characters to join the roster.

Warner Bros. Media state that Black Adam and Stripe will be part of Season 1 for MultiVersus, but it doesn’t specify what date fans can expect them to arrive in the game. Season 1 for MultiVersus began August 15 and is expected to last for at least a few months. The season started with a game balance patch and will incorporate new characters like Rick and Morty.

Rick and Morty are the stars of the infamous adult animation of the same name and are coming to MultiVersus as separate playable characters. Morty is slated to release on August 23, while Rick will launch later. Black Adam and Stripe will most likely release after Rick. The Black Adam movie is due to release on October 21, so we are expected to see Black Adam in the game’s roster closer to that release date.

Black Adam is a notorious supervillain/anti-hero from DC Comics. Black Adam was the original wielder of the powers of SHAZAM, an ancient wizard with the abilities of the old gods. Black Adam was banished after he used his powers to become a dictator for his fictional country of Kahndaq. The powers of SHAZAM would eventually transfer to Billy Batson in the modern day, as seen in the movie Shazam! The Black Adam movie will focus on the titular character’s backstory while also setting up the formation of the modern-day Justice Society.

Stripe is the main antagonist in the first Gremlins movie. Gremlins in the films are small, furry creatures that become reptilian after eating past midnight and multiply when they touch the water. Stripe is the leader of a rebellious group of Gremlins, earning the name from his mohawk.