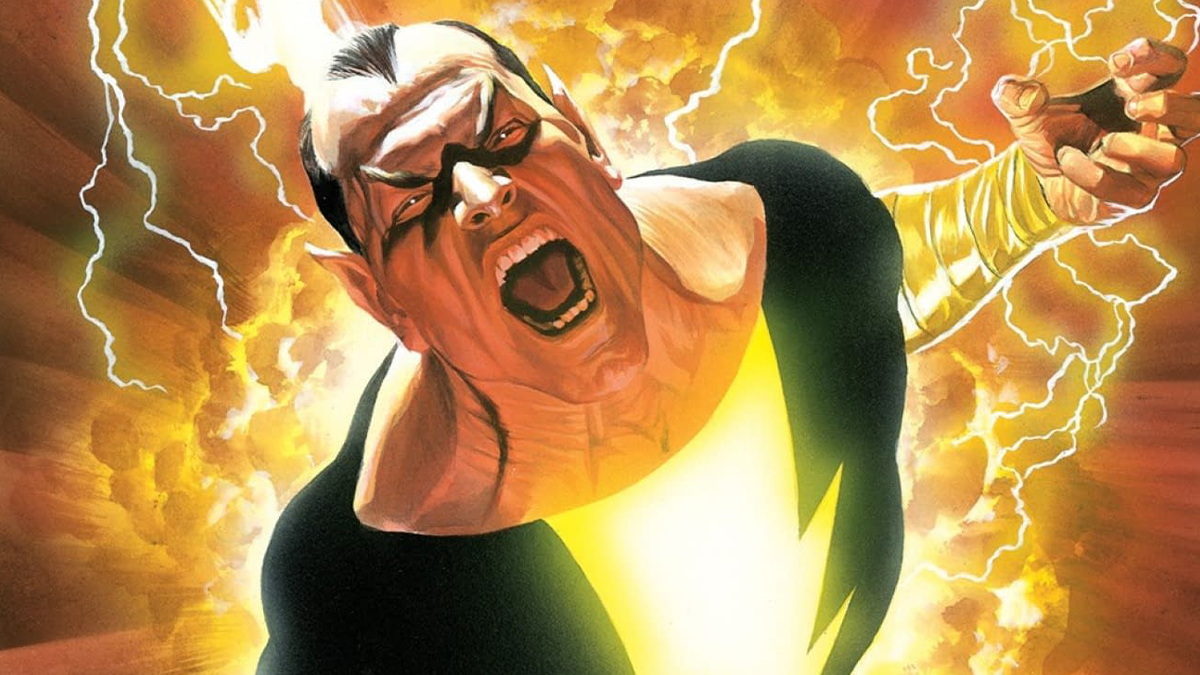 MultiVersus Season One is here, bringing a variety of buffs and nerfs to the various fighters, as well as a portion of new content. Apparently there’s also an ad for two more characters coming to the platform fighter, though we weren’t supposed to see it just yet.

It appears DC Comics superhero Black Adam and Gremlins movie villain Stripe are coming to MultiVersus in the future. MultiVersus leak account @InTheShadeMV tweeted the image below (with credit to @Rezztro), which shows the duo rendered in the game’s art style. Black Adam probably should have been expected to some degree, since his inclusion is an easy cross-promotion with the upcoming Black Adam movie, in which Dwayne “The Rock” Johnson plays the title character. In any case, the list of leaked and datamined characters coming to MultiVersus continues to grow.

One such character, Rick Sanchez of Adult Swim’s Rick and Morty, was leaked ahead of his release too. He and Morty are both coming to the game in the future, with Morty’s release date being Tuesday, August 23. Rick will arrive some time after that — developer Player First Games is staggering out seasonal content rather than dropping it all on one day. Rick and Morty’s stage, Cromulons, was already added to the game before the Season One kickoff.

Some datamined characters might not make it into the game at all; that’s the case with Gandalf and Harry Potter. The former is said to be caught up in licensing issues with the Tolkein estate, while the latter has become a hot-button issue due to the problematic stances of its creator. Meanwhile, some MultiVersus fans have asked if The Boys‘ Homelander or Breaking Bad‘s Walter White will come to the game.

Such out-of-left-field character requests are to be expected with a game as popular as MultiVersus. The fighting game has reached 10 million players despite still technically being in beta.