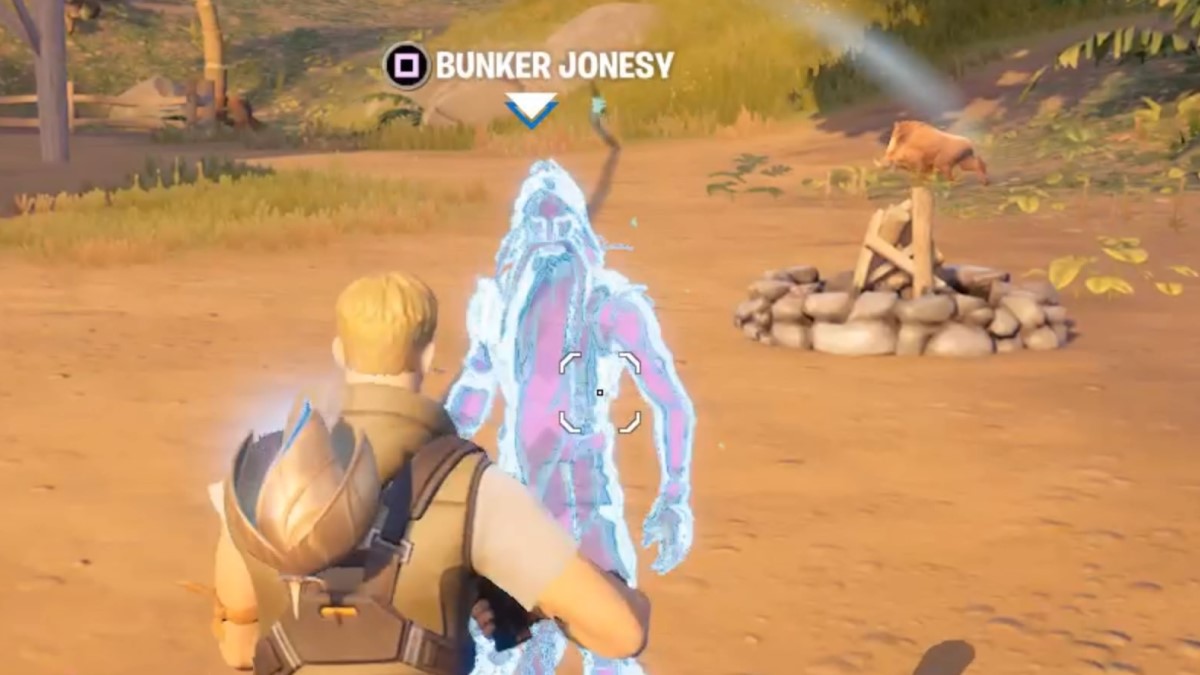 The Joneses is south of the lagoon on the east side of the Fortnite Chapter 3 Season 1 map, southeast of the Sanctuary and northeast of Condo Canyon. At first glance, it’s just a leafy old town with lots of wooden buildings and trailers, but it’s actually one of the busiest areas of the whole map.

For a start, just outside the town to the east, there’s a backpack containing Spider-Man’s Web Shooters, and close to that there’s a gas station. Inside the town, you can meet a total of five NPCs: Jonesy The First, the Mullet Marauder, the Brainiac, Ludwig, and Bunker Jonesy (who can sell you The Dub, an Exotic Double Barrel Shotgun). There are also lots of Chests and other loot in The Joneses, as well as Tents to borrow, boars to hunt, a campfire to heal at, a Reboot Van to bring your teammates back from the dead, a Bounty Board for some extra blood money, and even a couple of Slurp barrels.

Related: Where is Greasy Grove in Fortnite Chapter 3 Season 1?

The Joneses is a completely new Named Location for Chapter 3 that had never been seen before in any previous Chapters. It’s already playing an important part in many of Chapter 3 Season 1’s quests, and we’d expect it to continue to be an important location as Chapter 3 progresses.