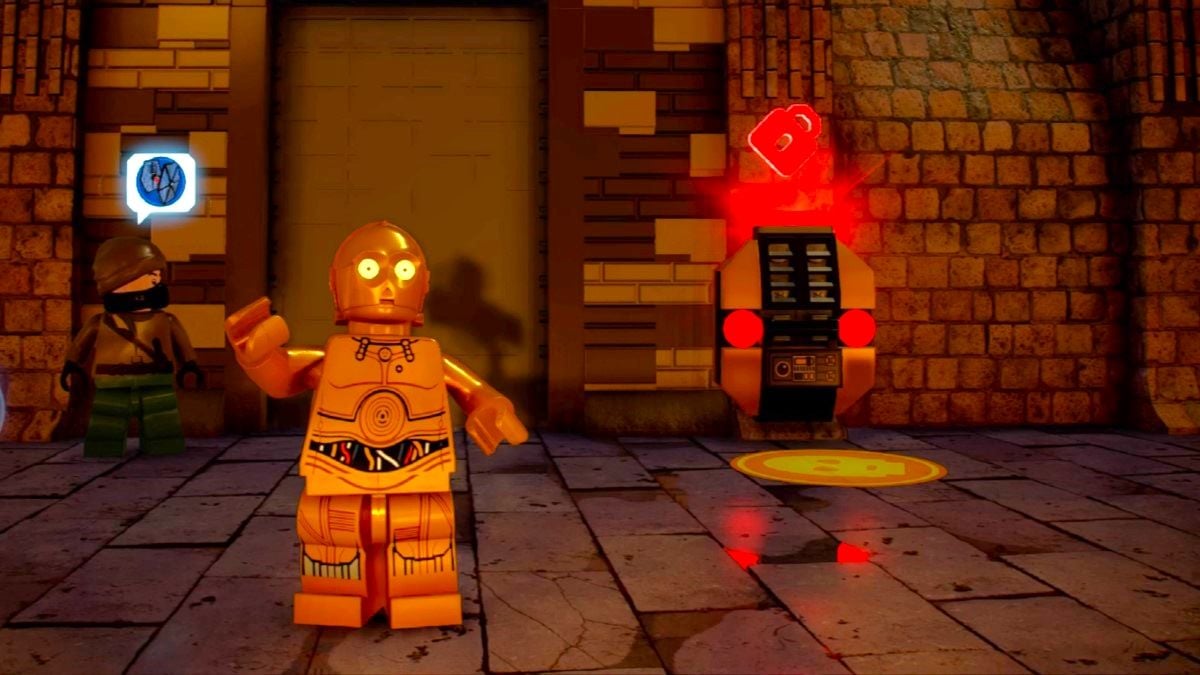 The Highest Bidder puzzle in Lego Star Wars: The Skywalker Saga is a tricky one that requires, more than anything else, patience. This is because of the awkward, on-off way the game lets you free-roam its far-far-away galaxy. So, while you can discover the Highest Bidder puzzle early in Episode VIII – The Last Jedi, you can’t actually get the Crait Outpost password until you’re one level and several objectives deep into Episode IX – The Rise of Skywalker.

How to start the Highest Bidder puzzle

Travel to Canto Bight on Cantonica and, from the landing pad, head north into the city. Follow the street up the stairs, then turn into the first arched alleyway on the right. Follow this alleyway north, go up more stairs, then turn right at the top. Just around the corner, you’ll meet an NPC called Sketchy Scoundrel. Talk to him and he’ll mention a contact at the Crait Outpost, and ask if you have the password. Assuming you don’t have it yet, you’ll have to go to the Crait Outpost to get it. This is where it gets complicated.

You’ll find yourself in the Crait Outpost later in Episode VIII – The Last Jedi, but you won’t be able to switch to the Protocol Droid you need to get the password until after you’ve unlocked Free Play in the Crait Outpost and to do that, you need to complete the Ground A-salt level. The problem is that Ground A-salt is the last level of Episode VIII – The Last Jedi, so completing it finishes the whole episode, which prevents you from free-roaming.

Related: How to get the Datacard in Crait Outpost in Lego Star Wars: The Skywalker Saga

The next opportunity you’ll get to free roam will be after A Skip and a Jump (the first level of Episode IX – The Rise of Skywalker). Once you’ve collected the training ribbons at the Ajan Kloss Resistance Camp and watched the Running the Training Course Story event, then can you travel to the Crait Outpost via the Galaxy Map.

Once you travel back to the Crait Outpost, you might notice that the Highest Bidder puzzle marker does not tell you where the Protocol Terminal you need is (it only marks the locked terminal back in Canto Bight). On the north side of the Crait Outpost landing pad, you’ll see a series of platforms connected by ladders. Climb those ladders, enter the tunnel at the top, then turn left at the intersection. The Protocol Terminal is on the right as you enter the next chamber. Switch to a Protocol Droid and use the terminal to get the Canto Bight Drop Point password. Then return to Canto Bight, and use the password in the Protocol Terminal next to the Sketchy Scoundrel. This will open the nearby door, so go through and pick up the key to the TIE/SF Space Security Fighter to complete the Highest Bidder mission.