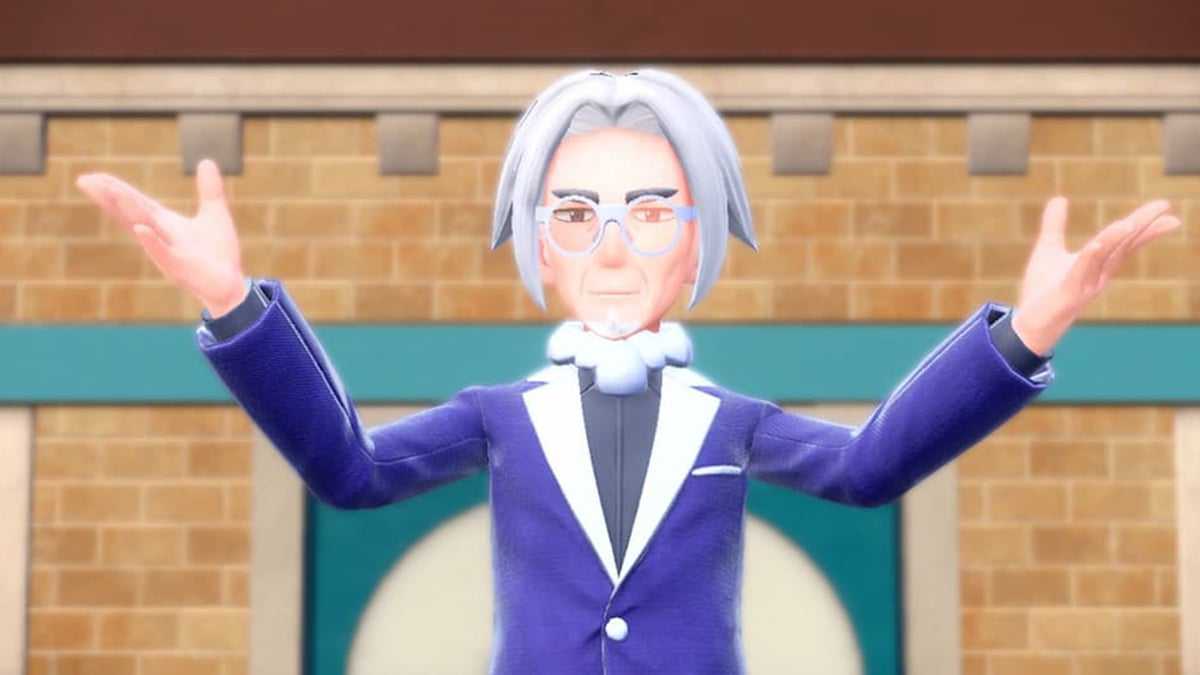 Pokémon Scarlet and Violet arrive on Nintendo Switch this fall, and it’ll introduce us to not just new Pokémon, but new characters too. One of the most prominent ones is Clavell, a distinguished-looking older gentleman. So who is he?

Related: Does Pokémon Scarlet and Violet have voice acting?

In the simplest terms, Clavell is the headmaster of the school that your character attends in Scarlet and Violet. He was introduced in the latest trailer, where he prompts the player with a “treasure hunt.” It’s unclear exactly what this hunt entails, but Clavell wants you and your fellow academy trainers to explore the new Paldea region and experience its Pokémon, people, and culture.

Clavell also has a character page on the official Pokémon website, which provides some additional information. We can get a good look at Clavell’s outfit, which actually changes color depending on which version of the game you have — his blazer also comes in scarlet and violet. There’s a particularly intriguing part of this bio too. “He can be strict, but he can also be kind,” it reads. “He seems to be a friend of Professor Sada and Professor Turo.” That wording makes us suspicious that he may end up being the surprise villain at the climax of Scarlet and Violet, in the same manner that Sword and Shield’s Chairman Rose was revealed to be the bad guy.

Other important characters in Scarlet and Violet

Clavell is one of many important figures in the ninth generation of Pokémon. We saw his “friends” Professors Sada and Turo pretty early on, and they serve as your Pokémon research advisors in the Scarlet and Violet versions, respectively. We’ve also seen Grusha, the Ice-type Gym Leader.

Additionally, your character will have some close friends at the academy. One of them is Arven, an upperclassman who wants to create healthy recipes to make Pokémon feel better. The other is Penny, a shy girl with a pretty awesome Eevee backpack.