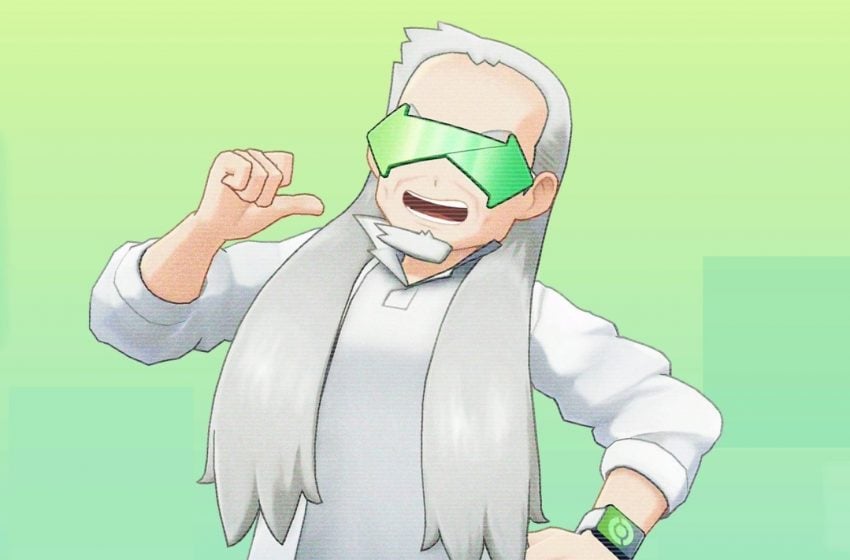 Now that Pokémon Home has launched, we have been introduced to a new character in the Pokémon universe. Grand Oak quickly introduces himself when you start up Pokémon Home and is a “great Pokémon researcher.” It would appear that Grand Oak is the person who invented Pokémon Home, and he wants to see as many Pokémon as possible.

Grand Oak has some impressive character design, sporting a killer mullet, glasses that belong on a 1980s professional snowboarder, and the standard white attire favored by the Oak family. Grand Oak is a cousin of Samson Oak, and seems to be related to Professor Oak, as they all share a name. It is never quite that simple with the Oak family, however.

For now, Grand Oak is more of a mystery than anything else, as very little is know about him. It is also extra confusing due to the general reuse of a character’s design to play three (assumingly) canonically distinct roles. You could make a good argument that Samson Oak, Professor Oak, and now Grand Oak, are all the same person.

While Grand Oak has just arrived, we will be keeping a close eye on what he gets up too, and expanding this article as we learn more about him. Grand Oak seems to be a big hit with the internet, so we expect Nintendo to do something to expand the lore around him in the future.

If you need help with Pokémon Home, we have lots of guides, covering everything from how to exchange Home points for Battle Points, how to use voice recognition, and how to use the wonder box.