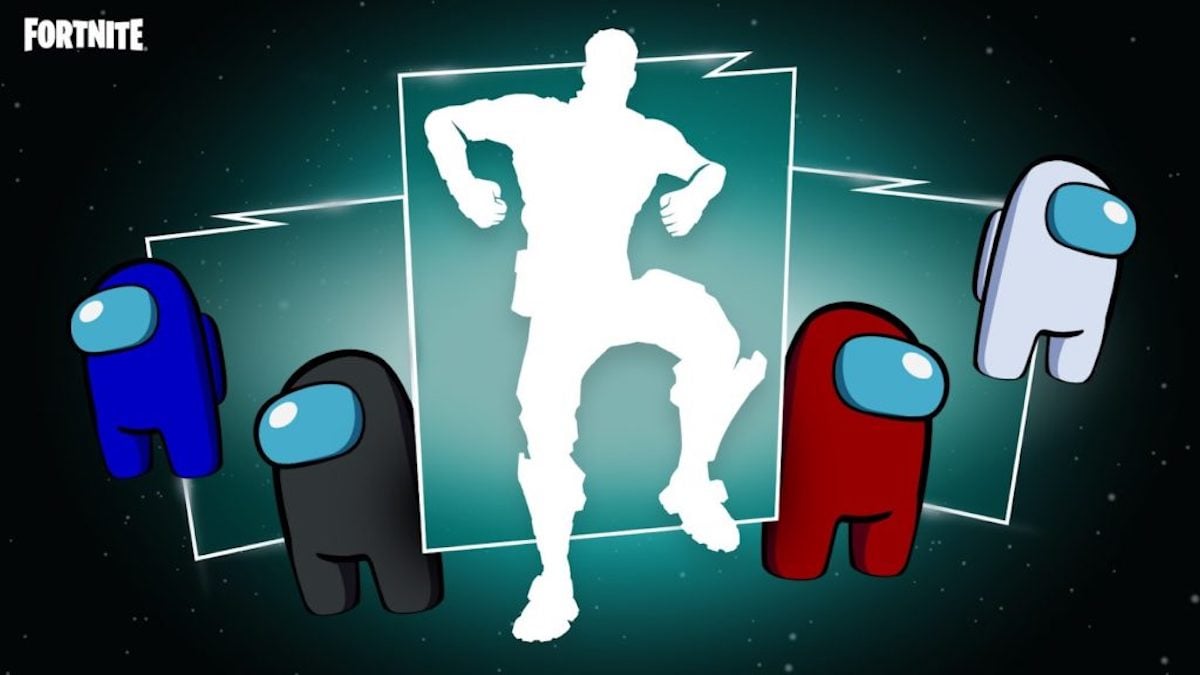 Update, June 9, 10:30 AM CT: Innersloth officially announced the collaboration this morning shortly after the cosmetics leaked. The developer shared a video on Twitter showing the cosmetics in action, and also published a blog post that stated players would have until June 9, 2023 to earn the cosmetics.

Original Story: Fortnite has crossed over with some heavy-hitting franchises in the past, and if a recent leak is to be believed, it doesn’t seem like that trend is going to slow down anytime soon. On Thursday, dataminers claimed to have uncovered a set of Among Us-themed cosmetics that will allegedly arrive in the battle royale at a later date.

Fortnite dataminer ShiinaBR shared the leaked cosmetics on Twitter. The crossover seems to include a “Distraction Dance” emote, as well as a Back Bling in the image of the game’s iconic crewmates. What’s notable about the Back Bling is that there are multiple styles for it that allow you to change the color of your crewmate. ShiinaBR also shared a video seemingly showing the cosmetics in-game. No release date/window was given by dataminers.

It’s worth noting that Epic has not officially announced a collaboration with Among Us, nor has the company responded publicly to the alleged leak. This leak should be taken with a grain of salt, but it should also be pointed out that Fortnite dataminers, including ShiinaBR, have a pretty solid track record of leaking both Fortnite cosmetics and collaborations before their official announcements.

As this week will be filled with several game conferences, including Summer Games Fest, it’s also worth keeping an eye out on Epic/Fortnite’s presence within these shows, just in case the collaboration gets officially announced.

Fortnite hasn’t crossed over with Among Us before, but it did receive a mode titled “Imposters” last year, which Epic admitted was inspired by Among Us’ socially deceptive gameplay. Around the same time, Among Us developer Innersloth expressed disappointment at Epic for seemingly copying the indie game’s core gameplay, with some employees wishing that the two titles could have collaborated. If this cosmetic leak turns out to be true, it looks like those wishes might finally be fulfilled.