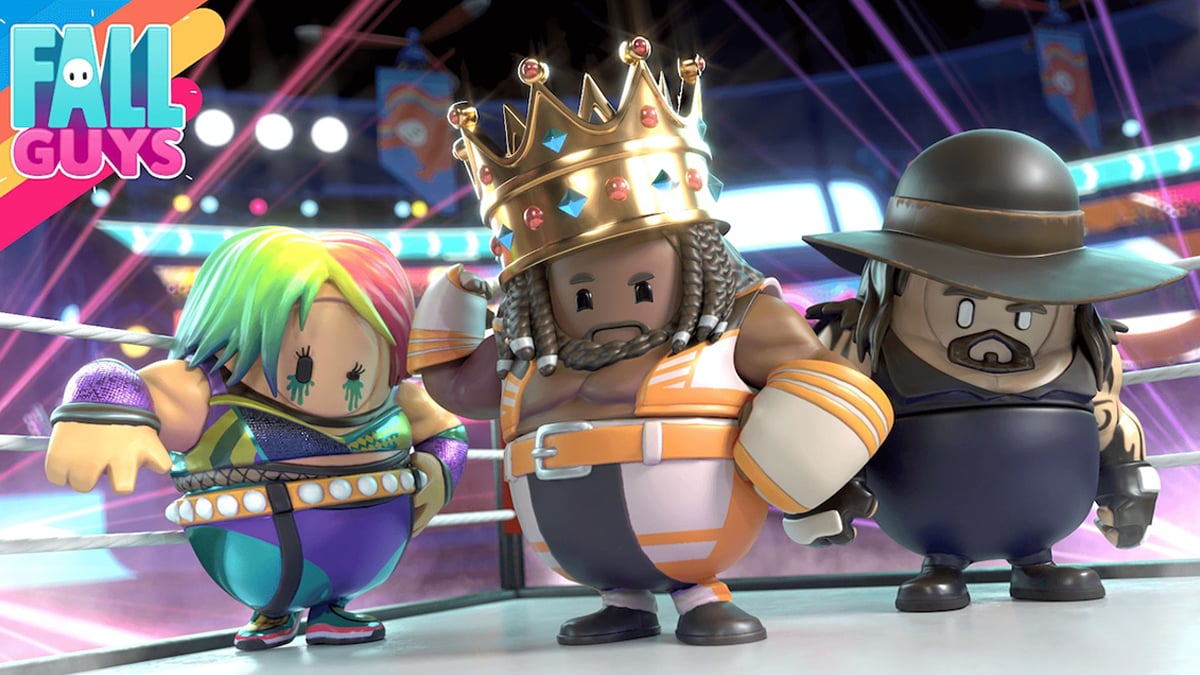 Fall Guys: Ultimate Knockout is chock-full of costumes. Mediatonic has pulled ideas from all sorts of places, including other video games like Bugsnax and movies like The Nightmare Before Christmas. Next up is the world of professional wrestling. Fall Guys’ “Blundermania” celebration lines up with WWE’s annual Summer Slam event.

As announced on the Fall Guys Twitter account, three WWE superstars are getting the Fall Guys treatment: Asuka, Xavier Woods, and The Undertaker. They’ll be available in the Fall Guys shop from Thursday, July 28 through Monday, August 1. In addition to the trio of costumes (which look excellent), there will also be new “nameplates, celebrations, and more” available during that time, according to the Fall Guys website. It specifically names the Bell Tolls celebration and Francesca’s Refrain emote. No pricing has been announced for any of these, but we can look to previous releases to make a good guess. Premium-themed costumes usually cost 1,200 Show Bucks, while other cosmetics like emotes and celebrations are often 300 apiece.

The same day the three WWE costumes arrive, Fall Guys will kick off its Clan of Yeetus event. This will add some big ol’ swinging hammers to several Fall Guys rounds, including Door Dash, Hit Parade, Wall Guys, and Ski Fall. If you don’t want to deal with the extra obstacle, don’t worry — Clan of Yeetus content will be relegated to its own special show on the main menu. Two of those special rounds are on our list of the best games in Fall Guys after all, and you’ll still be able to play them normally.

There’s a lot more coming down the Fall Guys pipeline after these events and costumes. A Sonic-inspired level recently leaked, giving us a glimpse of a Green Hill-like arena with speed boosts and springs. That wasn’t the only leak either. Fatal Fury crossover costumes are also apparently on the way.