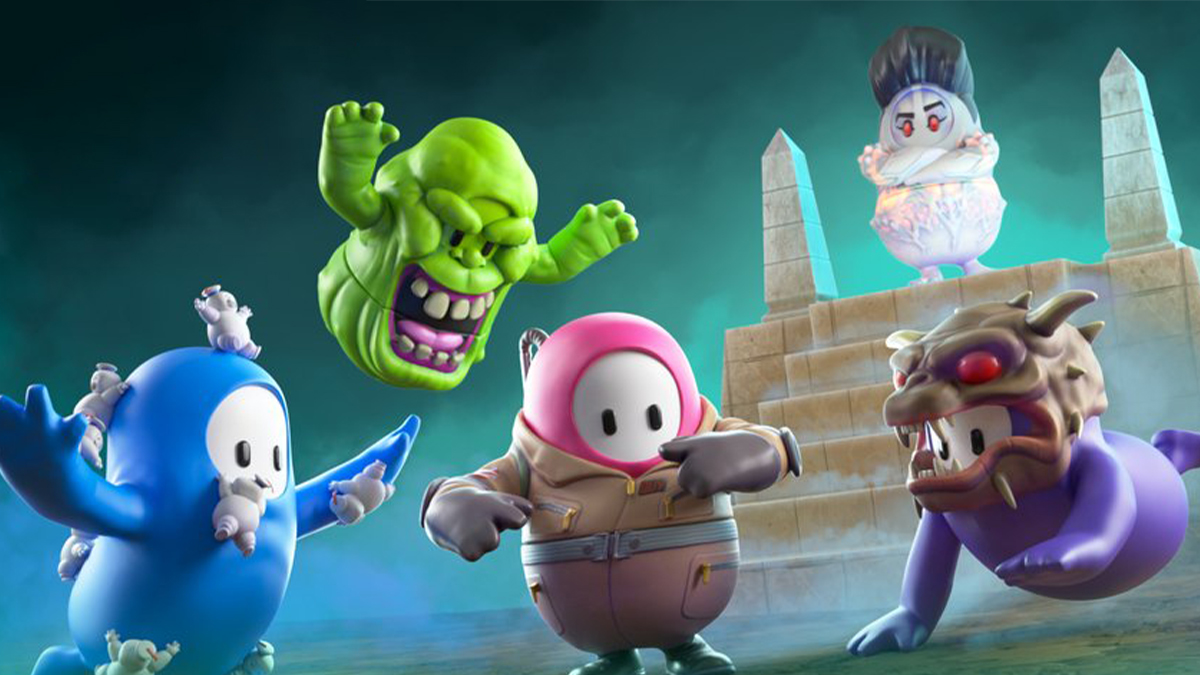 Fall Guys: Ultimate Knockout continues to cross over with all sorts of IP from the TV, movie, and video game realms. The next lineup of costumes ought to make comedy fans happy: it’s Ghostbusters.

Developer Mediatonic announced the new additions via Fall Guys’ Twitter account. “We’ve got buckets of spooktacular treats for you, whether you’re actually catching a ghost or not,” it reads. “Dress up this spooky season with four new costumes and a bunch of other scary items!” The attached image shows off those four costumes and more: there’s a Ghostbusters uniform, a Slimer Skin, a Gozer skin, and an extra silly skin covered in crawling Stay Puft marshmallow men. Additionally, there’s a Zuul helmet that you can pair with any other costume bottom. As of the time of this writing, Halloween is less than a week away, so these Ghostbusters get-ups are perfect additions to Fall Guys for the spooky season.

As mentioned, Fall Guys has a wide array of crossover costumes already available. The current season, Satellite Scramble, has a sci-fi theme, so it was only fitting that Destiny 2 skins were added to the game: costumes for the Hunter, Titan, and Warlock classes are available. In keeping with the sci-fi setting, players can also unlock costumes for Star Trek‘s Spock, Alien‘s Xenomorph, and world-famous vocaloid Hatsune Miku.

There’s even more Ghostbusters goodness to get into these days. Ghostbusters: Spirits Unleashed recently released, making the Fall Guys costume set something of a cross-promotion. The asymmetrical multiplayer game puts a team of players together as titular Ghostbusters, while a lone player takes on the role of a ghost. The cat-and-mouse game proceeds from there, as the solo player aims to escape from the others trying to catch them. If being the ghost sounds like a good time to you, check out our guide on when you can play as one.