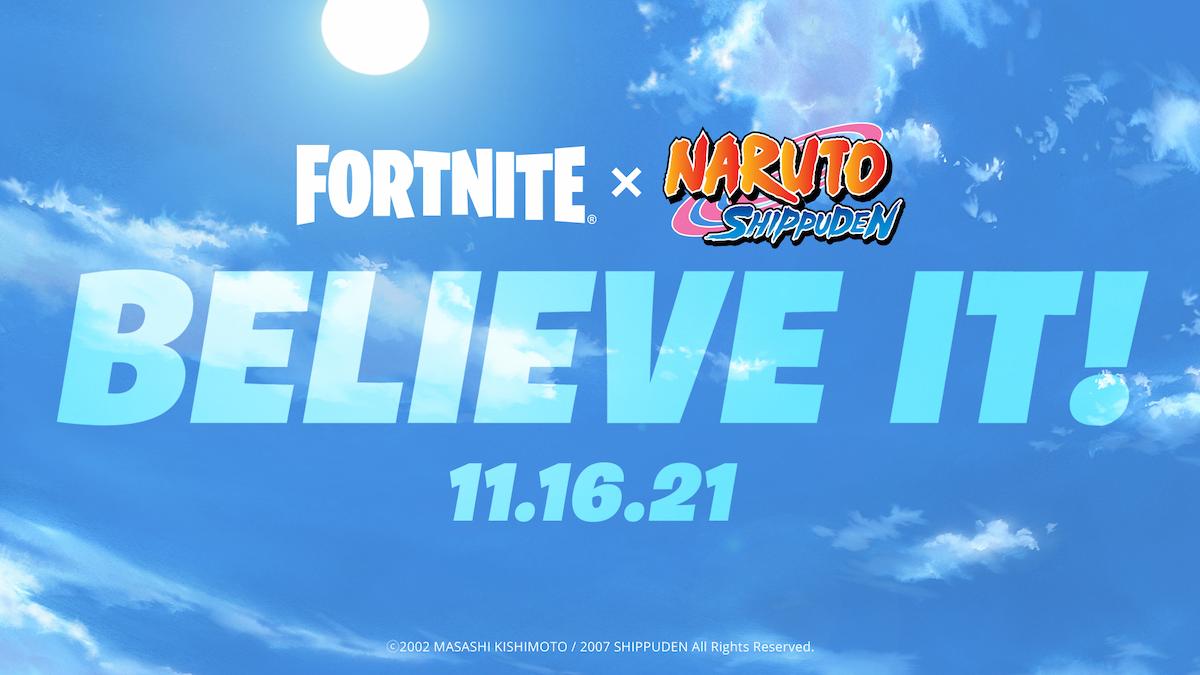 After months of speculation, Fortnite officially announced tonight that it will collaborate with Naruto Shippuden starting on November 16. The announcement came via Twitter, where the official Fortnite Twitter account posted a banner featuring the phrase “believe it” — Naruto’s catchphrase in the English dub of the series.

No other details were provided, but this crossover’s contents haven’t exactly been Fortnite’s best-kept secrets. Datamined information from last month implied the existence of ninja headbands, a Mythic Explosive Kunai weapon, and a creative coin modeled after a bowl of ramen (Naruto’s favorite meal). Earlier today, Fortnite leaker HYPEX stated that the crossover would also include a Hidden Leaf Village Creative Hub in the same tweet where they correctly predicted the crossover’s release date.

HYPEX also advised that players “prepare their wallets,” implying that this collaboration might bring quite a few items to the in-game shop. It’s fair to assume Naruto himself will be a playable skin, but there has also been speculation that Kakashi or Sasuke could be boarding the Battle Bus too, once again, thanks to datamined information.

It won’t be too much longer until we can see what all Epic has planned for this collaboration. It’ll be interesting to see if this could open the door to more crossovers with prominent anime/manga series in the future.