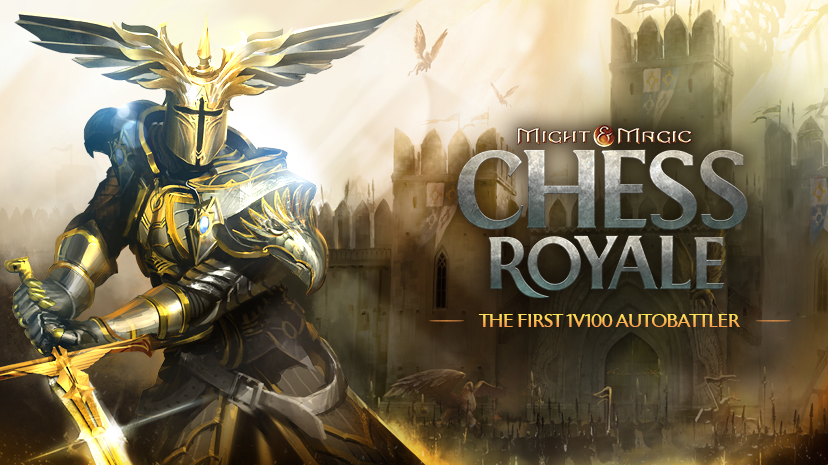 Ubisoft is hopping on two of the hottest trends in video games at the same time, announcing the release of its 100-player autobattler, Might and Magic: Chess Royale.

The publisher unveiled Chess Royale today and simultaneously opened pre-registration for the game. Players interested in joining in on what sounds like absolute mayhem can register for the game now and be among the first players when it launches on Jan. 30.

Ubisoft’s announcement is a little light on details about the game, not sharing much in the way of gameplay or characters. Heroes and regular units will be drawn from the Might and Magic universe, though, with abilities that players of previous games in the long-running franchise may recognize. Ubisoft is also playing up the ability to create exciting combos by using the right units together.

A full-blown battle royale autobattler with 100 players all competing against each other sounds completely untenable, but Ubisoft may have found a way to make it work. If a pre-release gameplay video is to be believed, the game will take place through a series of one-on-one matches, narrowing the field tournament-style until only one survivor remains. Ubisoft also claims that Chess Royale will speed up the flow of the game compared to other sometimes lethargic autobattlers, compressing the action of each round into just 10 minutes.

Might and Magic: Chess Royale will be available on Android, iOS, and PC when it launches Jan. 30. Shortly after, one of the games that kickstarted the autobattler trend will be making its way to mobile platforms as well. Riot Games announced today that Teamfight Tactics will arrive on iOS and Android sometime in mid-March, and the game will feature cross-platform play across its mobile versions as well as PC and Mac.