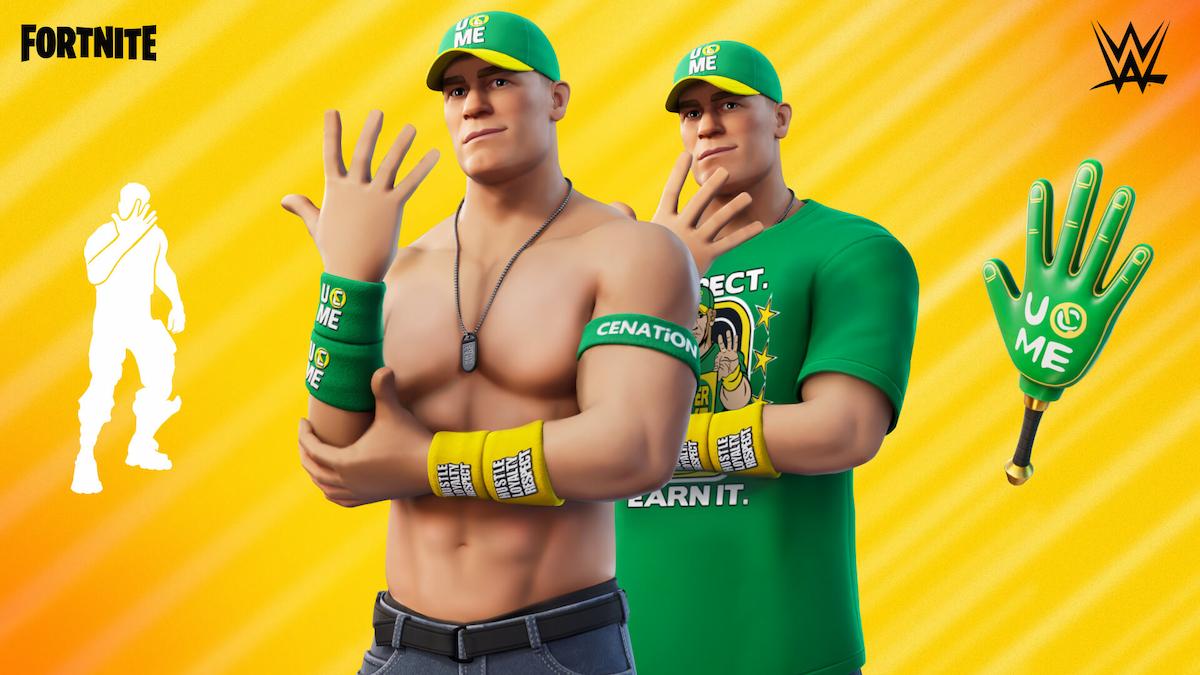 Epic also unveiled a new emote, back bling, and pickaxe, all of which are naturally Cena-themed, that will drop alongside the skin. As the name implies, the “U Can’t C Me” emote emulates the wrestler’s iconic hand-waving gesture, and also seems like it would be a great way to celebrate any feat achieved in the battle royale. If you’re curious about what the emote looks like in-game, Fortnite leaker ShiinaBR shared datamined footage showing it in action shortly after the collaboration was announced.

As for the other cosmetics, the back bling is a replica of a WWE Championship Belt, while the pickaxe is — of course — a giant hand with “U Can’t See Me” inscribed on it. Don’t fret at the prospect of fighting an invisible character, however. Epic has stated that you will indeed be able to see John Cena in-game.

Late last year, former WWE wrestler Dwayne “The Rock” Johnson joined Fortnite, but not as himself. Rather, the end of Fortnite Chapter 2 revealed that the mysterious character of The Foundation wasn’t just voiced by The Rock, but also modeled after him, complete with his trademark eyebrow raise.

If dataminers are to be believed, Cena won’t be the last big collaboration to hit the game this summer. A string of leaks has suggested that the battle royale might soon collaborate with the popular Dragon Ball series. The rumored crossover is alleged to feature skins for Goku, Vegeta, and the first antagonist in Dragon Ball Super, Beerus.