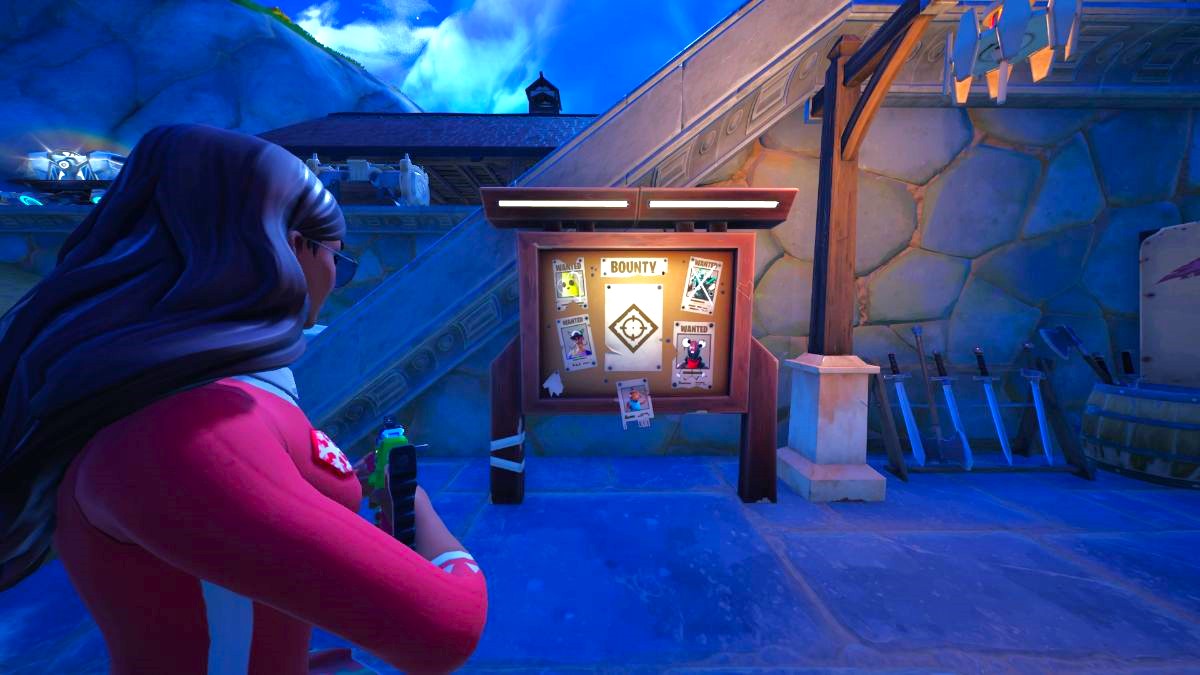 Bounty Boards in Fortnite Chapter 4 Season 1 are a great way to earn extra Gold Bars, and also give you an excuse to target and eliminate other players (as if you really need one). To use a Bounty Board, simply approach it and interact with it. You’ll be asked if you want to accept a bounty then, when you select yes, you’ll see the name of your assassination target, and a yellow circle will appear on your map.

The player that you need to eliminate in order to collect the 75 Gold Bar reward is somewhere within that yellow circle. As time goes on, the yellow circle will shrink, making it easier to locate your target. However, the longer you take to eliminate your target, the more likely it is that another player will eliminate them, or even that the time limit runs out and you lose the chance to collect the bounty. You can only have one active bounty at once, but after you’ve collected (or lost) one bounty, you can visit another Bounty Board and start a new one.

Where to find Bounty Boards in Fortnite Chapter 4 Season 1

There are 13 Bounty Boards on the Fortnite Chapter 4 Season 1 island map. Most of them are in named locations. In fact, there is one Bounty Board in each of the nine named locations: Breakwater Bay, Brutal Bastion, Lonely Labs, The Citadel, Anvil Square, Slappy Shores, Shattered Slabs, Faulty Splits, and Frenzy Fields.