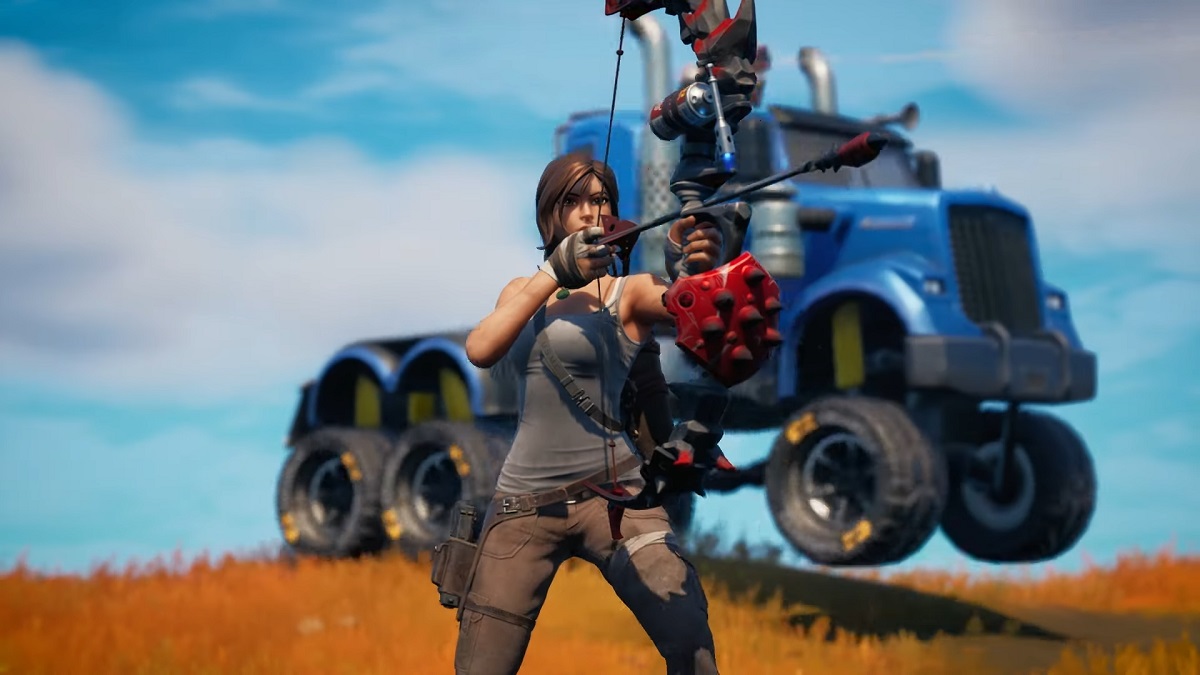 Fortnite is home to an illustrious number of girl skins that fans would love. From Harley Quinn to original creations like Megumi and Yuki, there’s a lot of characters to choose from as you fight for battle royale supremacy. Here are some of the best girl skins you can find in Fortnite.

Starring in the popular open world RPG Horizon: Zero Dawn, Aloy made her way to Fortnite in April 2021. In her unique post-post apocalyptic gear, the character has a wonderful mix of the old and future technology on her costume that makes her stick out in the best way. She also wields her cool spear from the original game as a harvesting tool and uses an incredibly detailed Glinthawk glider. With Horizon: Forbidden West releasing early next year, we can see Aloy returning to the Fortnite store around March.

Zapped straight from the legendary Street Fighter series, Chun-Li is looking styling in Fortnite, kicks and all. With two classic looks, Epic Games was able to bring the martial arts fighter beautifully, including the hair buns, the spiked bracelet, and the brown tights. In addition, when purchasing Chun-Li’s skin, you get a unique emote, which has her performing lightning kicks to the character’s classic theme. She has been available four times since her debut in February 2021, and with more Street Fighter news expected in 2022, we can see her coming back next year.

Offered exclusively to Fortnite Crew members in December 2020, Galaxia really stands out from the competition as she is completely covered in a space texture that is dazzling to look at. She was the first character for the subscription service, and Epic Games started with a bang. The Empress of the Cosmos has many stars flowing through her as she illuminates in blue from her feet. Her eyes are a beaming yellow with some flash sunglasses amongst her multicolored hair. She has a unique design that lets first-time Fortnite Crew members show some dazzling swagger on the battlefield. She’s very unlikely to show up in the store as Galaxia is an incentive for Fortnite Crew subscribers only.

The bombshell herself Harley Quinn arrived in Fortnite during Chapter 2: Season 1. Epic Games has featured two of her styles from the movies Suicide Squad and Birds of Prey. In addition, we received a nod to her Rebirth comic look in Chapter 2: Season 6. The model is well animated and her look reflects her wild attitude perfectly. Epic Games even replicated the tattoos on her legs to a tee. With her big mallet and vibrant costumes, she truly stands out on the island. She’s appeared four times on the store since her debut in 2020 with the most recent happening on October 21. When a new DC movie comes up like The Batman, we expect to see her again.

As a massively popular character in both the video game League of Legends and the Netflix show Arcane, Jinx brings punk rock energy to Fortnite. She brings chaos wherever she goes, making her a perfect fit for the whacky Fortnite universe. Epic Games did an amazing job of transporting her to this battle royale with a detailed steampunk-like costume and her dream monkey as a backpack. She’s been available once in the store back in early November 2021, but Jinx has not been available since. Perhaps, with season two around the corner or perhaps another Arcane character coming to Fortnite, we could see Jinx pop up again for some casual destruction.

Hailing from the Tomb Raider series, Lara Croft is an awesome addition to the Fortnite roster. She is one of the most popular video game female protagonists with a rich history. And with Lara Croft came her modern and classic looks to appeal to fans of the new school and the old school, polygonal and all. Wielding both pickaxes, she strikes her foes and materials down. And with her skills with the bow and arrow, she fits right into Chapter 2 Season 6’s Primal setting. With no Tomb Raider games on the horizon, and the second Tomb Raider movie indefinitely delayed, we don’t expect to see Lara again on the store any time soon.

Anime characters can be hit or miss in the world of Fortnite as they sometimes don’t mesh with the environment around them. However, Megumi is an exception as she looks kitted up for battle and has the attitude to back it up. Her tattoos are well-detailed and her costume looks like she was ripped from a spy film. We also love that the bag says “Not nice,” which shows off her personality. It’s a shame that she only comes in a trio pack rather than being sold separately as she’s available in the Cyber Infiltration Pack. It costs a whopping 2200 V-Bucks for the set, so if you don’t like either or both Chigusa or Yuki, you’ll be spending extra cash to just get Megumi. They have appeared on the store multiple times in 2021 since their debut on April 9.

The Teen Titan Raven made her debut in Fortnite on March 16, 2021, and she brings some hefty dark energy alongside her. With three different skins on offer, she brings plenty for your buck with a lot of love towards her appearances in the DC comics. She has a badass dark crow-like cape and has an emote with her picking up rocks from the ground in a menacing fashion. She also uses a raven bird as a glider after it is summoned from a dark portal, reinforcing that edgy dark vibe that Raven gives off. She was a part of the Chapter 2 Season 6 battle pass, so we don’t see Raven being released on the store in the future. Hopefully, we’re wrong.

Included in the Chapter 2 Season 8 battle pass, Torin is a monster hunter that takes down threats from the sideways. Her costume looks amazing with her long flowing cape and purple and blue battle suit. All the straps and other details show her adventorous spirit and fight to keep the world safe. She can also transform into the sideways warrior skin with a unique emote. This look has a haunting mask and a flowing double sided cape that embues the sideways energy that she’d like to not talk about. As she was a part of the battle pass, we don’t see her releasing on the shop, at least any time soon.

Available exclusively for Fortnite Crew members in Chapter 2 Season 5, Vi provides an electrifying look for those who are lucky enough to have her as a skin. Her modern ninja look is stylish as her white scarf flows behind her. What makes her even cooler is the electricity flows through her. There’s even a wintry version of her outfit as crystals propel in the air around Vi. We love the Crooked Claw harvesting tool, which continues the pink and gorgeous look. Unfortunately, Vi is unlikely to appear on the shop as the skin is exclusive to the subscription service.