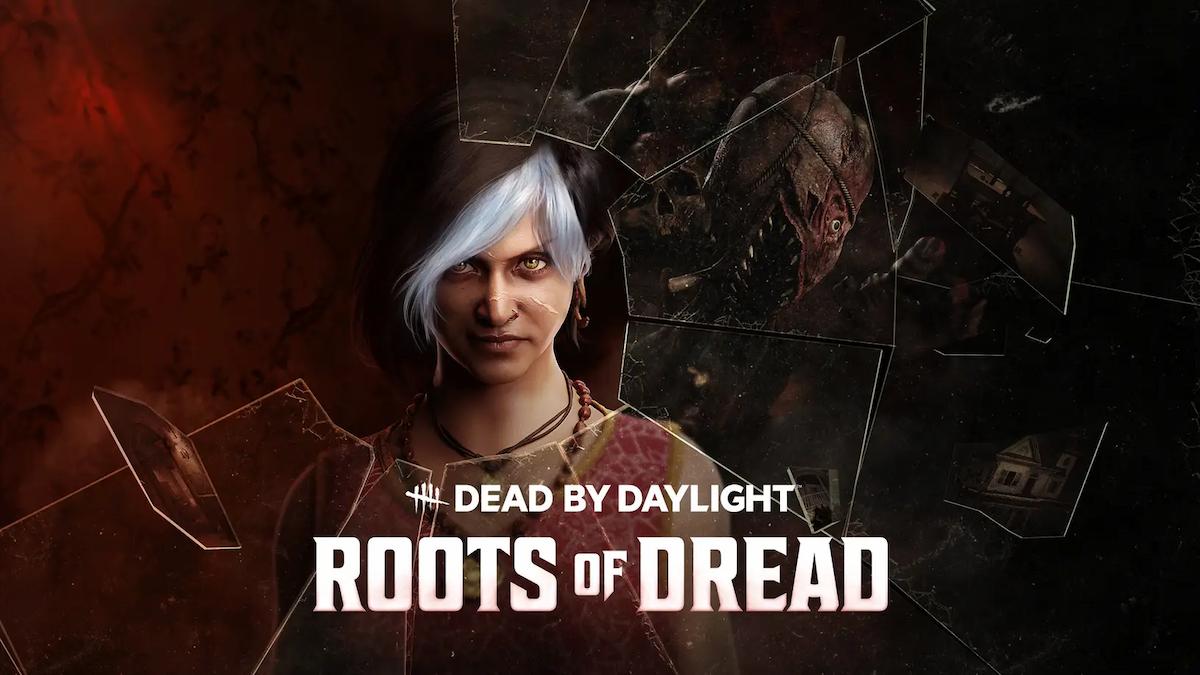 Dead by Daylight Update 6.0.0 is available to download right now, and it includes the Roots of Dread chapter. Roots of Dread chapter includes a new killer called The Dredge, and a new survivor, Haddie Kaur. The Dredge is an original monster created for Dead by Daylight. It is the manifestation of dark thoughts and it is capable of teleporting into cabinets. The patch also includes new buffs, nerfs, and other changes to the game.

The Dredge and Haddie Kaur Perks

The Dredge comes with three new personal perks called Dissolution, Darkness Revealed, and Septic Touch. When Dissolution is activated, the malicious Entity will break the pallet that a Survivor vaults over within the Dredge’s Terror Radius. Once the pallet is destroyed, the Dissolution deactivates. Dissolution is activated 3 seconds after the Dredge injures a Survivor, and will remain active for 12/16/20 seconds. The Darkness Revealed perk allows the Dredge to see the auras of all Survivors within 8 meters after opening a locker. The perk will last 3/4/5 seconds and has a 30-second cooldown.

Related: How Shattered Hope works in Dead by Daylight

Septic Touch will cause Blindness and Exhaustion to any Survivor who is trying to heal within the Dredge’s Terror Radius, and the effects will last for 6/8/10 seconds. Haddie Kaur also comes with three new personal perks called Inner Focus, Residual Manifest, and Overzealous. Inner Focus allows Haddie to see Survivors’ Scratch Marks within a 32-meter range, and the Killer’s aura will also be shown after a Survivor loses a health state within 32 meters. The Killer’s aura is viewable to Haddie for only 3/4/5 seconds once active.

Residual Manifest will keep a Killer Blinded for 20/25/30 seconds after a successful Killer Blind action. This perk also guarantees a Flashlight in an open chest once per Trial. Overzealous activates when Haddie cleanses a totem and will increase the character’s generator repair speed by 4%/5%/6%. The perk deactivates when the character loses a Health State. There’s also a new General Killer Perk called Shattered Hope. The Shatter Hope allows killers to view the auras of all Survivors within the range of a destroyed Boon Toten. The Perk will last for 6/7/8 seconds.

The Ghost Face and The Pig Reworks

Other updates in 6.0.0 include a rework on The Ghost Face and The Pig killers. Ghost Face’s Driver’s License add-on now makes Survivors lose 20% progress on repairing a generator when the generator explodes. The affected generator then becomes blocked for 15 seconds. The Pig’s Jigsaw Box is changed to make it more difficult for Pig players to exploit and cheat. The update adds a new Jigsaw Box in all matches, making it so that Survivors are guaranteed to find the key for their Reverse Beartrap at a maximum of 4 boxes searched, and adds a buff that makes boxes more consistent overall.

Update 6.0.0 changes the layout of the Main Menu, giving more room for players to gaze at the campfire. Menu movement when using a Controller is removed for all screens. Players can now save their favorite Loadout builds and Customizations on the Loadout and Customizations menus. A new warning message in Costume Games Lobbies also reveals Lobby matches will not count toward Achievements.

Related: Can you play Dead By Daylight splitscreen? Answered

Dead by Daylight 6.0.0 also has upcoming content, including the Twisted Masquerade 6th Anniversary limited-time event. The event will begin on June 16, at 11 AM ET. A new map called the Garden of Joy will be available as well.

There’s also a massive list of bug and glitch fixes as part of the 6.0.0 Patch. The patch fixes many minor issues with several Killers, including a glitch where the Deathslinger was not able to aim down its sights or reload. There are also a lot of fixes for small bugs found on maps, including an issue where a totem becomes unreachable at the top of the stairs in Midwich Elementary School. The update even fixes wacky bugs like Survivors passing through the ground when moried by The Cenobite, and the Deathslinger’s harpoon bouncing off Survivors who fast vault over a pallet.

The Dead by Daylight forums will have the full list of all the bug fixes as part of update 6.0.0.