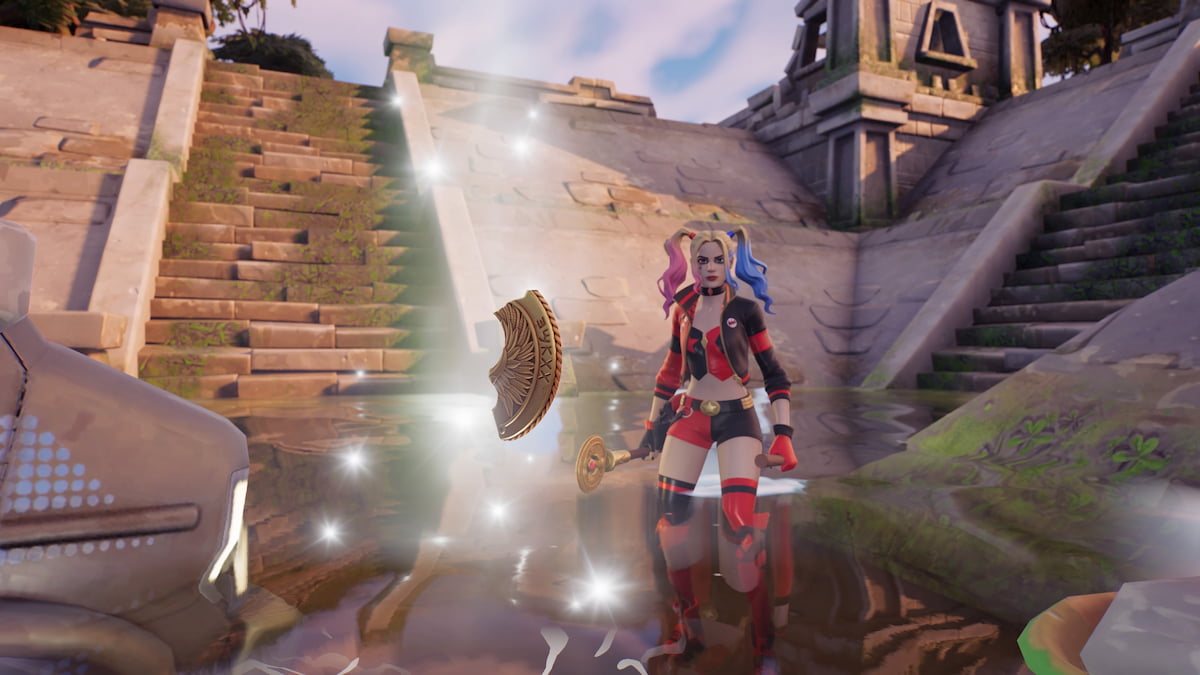 The entirety of Vibin’s Part 5 questline in Fortnite Chapter 3 Season 3 is a search for missing pieces of a relic throughout the game’s map. It is in the heart of this questline that Aime will ask you to block pipes in a POI to ultimately gather the relic’s second piece. However, as Fortnite tends to do, the mission won’t signal which POI to head to and where their pipes might be. So, to ensure you finish this major part of Vibin’, here’s how and where you can block these pipes.

For the first step in this two-part quest, players should look to make their way to Shuffled Shrines, a location that is now set west of The Joneses. Those struggling to find it for the first time can also head east of Rocky Reels or Titled Towers to eventually get there. Once that’s done, you can then discover these pipes close to a Reboot Van inside of a pond at the top-left corner of the location.

As shown below, there are three pipes that need to be blocked in order to complete the challenge. You won’t have to use any items to block them, but simply interact with each to close their openings. Although you will be gifted an XP reward for this, the challenge isn’t over quite yet. Alongside the pond’s Reboot Van, there is another pipe that will appear once you’ve block the three others. You’ll want to then interact and unclog this last pipe to gather the piece of relic and an additional 7,000 XP.

With the arrival of Vibin’ Part 5, the game’s latest update brings some returning features to those who play its Battle Royale modes. For one, players can now discover the Combat Assault Rifle in five different types of rarities around the island. Those playing from Friday, July 15 to Monday, July 18 will also be able to see all NPCs selling their items for half off, including Exotic weapons and hire-able characters.