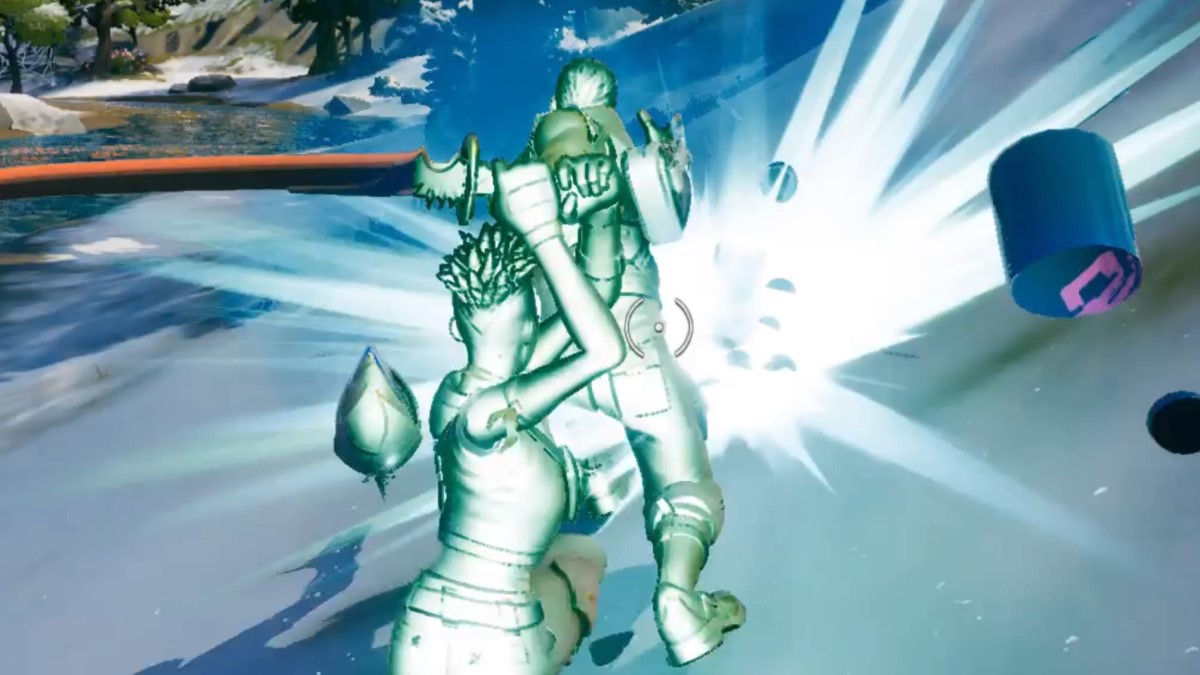 As soon as you land, locate a nearby player (visualizing sound effects will help with this), and charge at them swinging your axe, sword, staff, or whatever your melee weapon happens to be. Remember, there’s no melee attack button in Fortnite. You just have to select your melee weapon (it’s selected automatically at the start of a match), and use the regular attack button.

This strategy isn’t actually as suicidal as it seems, and you might find that you’ll eliminate your opponent before they know what’s happening. But even if you don’t, you’ll still complete the quest as long as you get at least one melee hit in before you die.

If, for some reason, you don’t find a nearby opponent to melee attack soon after you land, it’s still possible to complete the quest at any time, but you’ll need to be sneaky. Try to find two opponents engaged in a long-range gun fight, and sneak up behind one of them. Again, you might get gunned down before you can melee them to death, but you only need to get one hit in order to complete the quest.