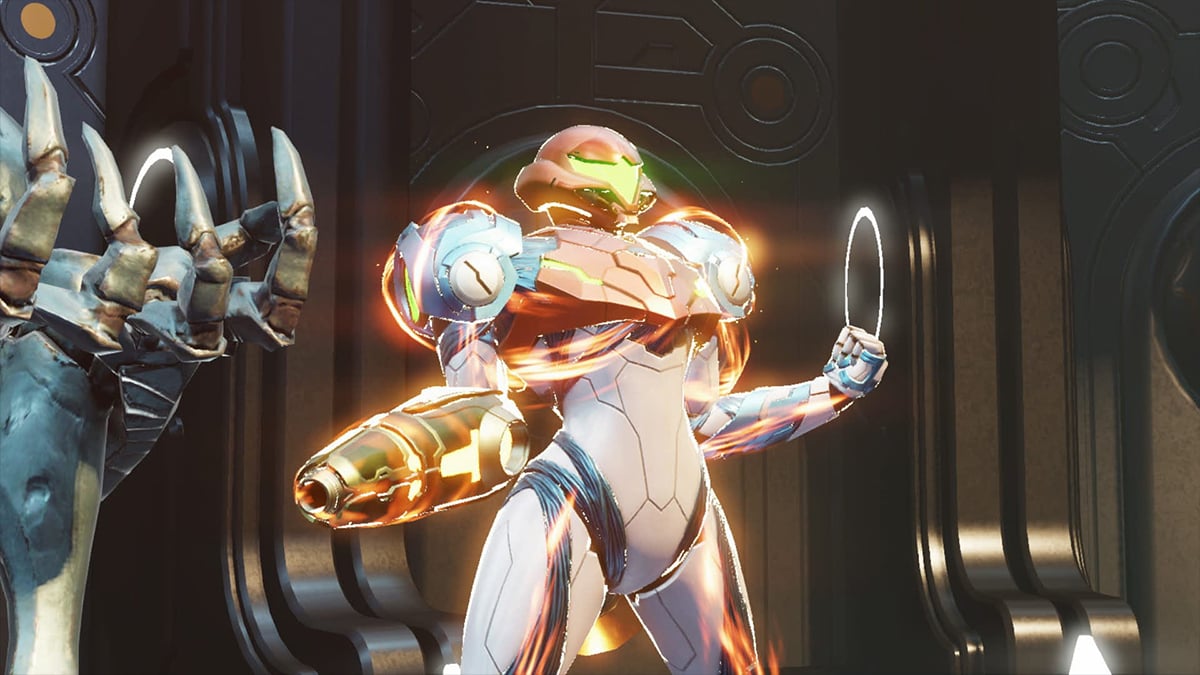 Every Metroid game allows players to unlock new abilities for bounty hunter Samus Aran. Metroid Dread offers classic power-ups like the Morph Ball and Varia Suit, along with brand new ones like the Phantom Cloak. The cloak is handy when avoiding the EMMI robots, but first, you’ll need to find it. Here’s how.

Step one, you’ll need to kill the EMMI in Artaria, which will win you a different upgrade, the Spider Magnet. With the EMMI Zone now neutralized, head to the center-east part of the area and take the top exit. Continue east — you’ll know you’re in the right place when you come to a worm-like enemy guarding a door (refer to the screenshot below). You can beat this enemy with a melee counter followed by a few shots or by coaxing it forward to expose its weak point.

This next room contains a boss fight, Corpius. Once it’s taken down, Samus will steal its ability to go unseen via the Phantom Cloak. By clicking in R3, Samus can render herself invisible. Movement is slowed during this time, but you can still move and shoot if you wish. Note that going invisible starts draining your new yellow energy meter, and shooting will cause it to drain faster. You can remain invisible when this meter expires, but the Phantom Cloak will beginning draining your health at that point. It can’t kill you, but it can reduce your health down to just a single unit. Thankfully, the meter recharges automatically while not in use.

You can use the Phantom Cloak to slip through the Sensor Doors you’ve been seeing — they’re the ones that glow red and slam shut if you’re seen approaching. Furthermore, the Phantom Cloak is a great tactic for avoiding the EMMIs. If you’re holding still while invisible, the EMMI can look straight at you but not detect your presence since they operate chiefly by sound. However, you’ll still get captured if they collide with you, invisible or not.