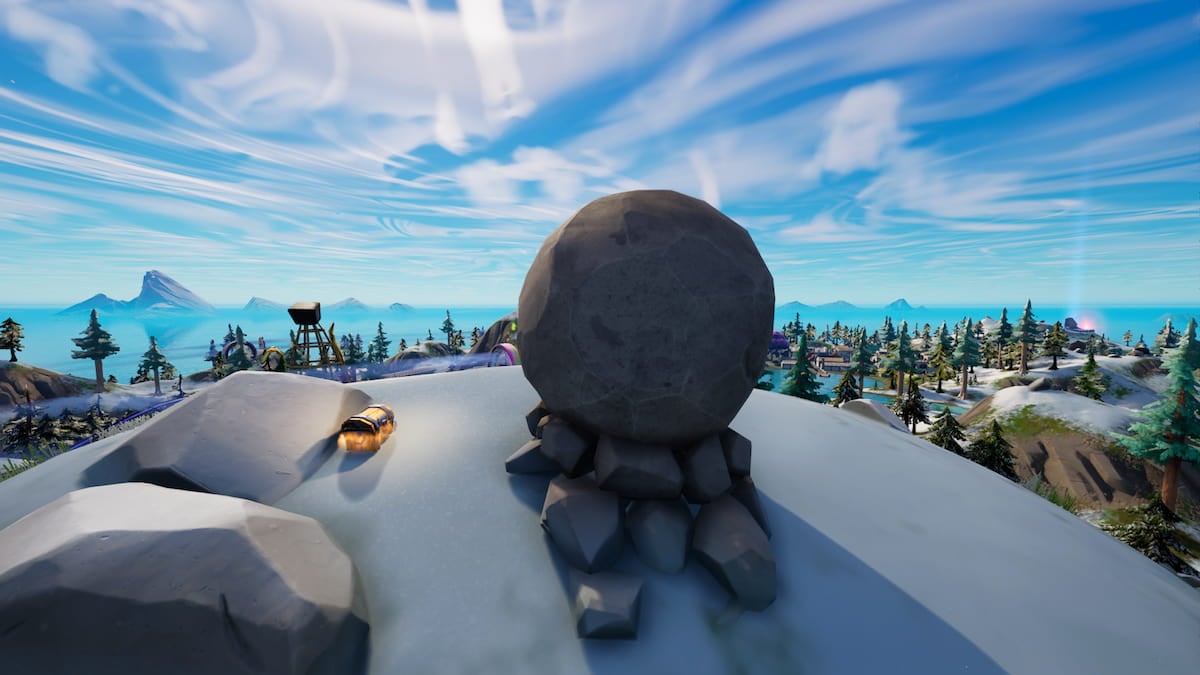 There have been several quests revolving around Runaway Boulders in Fortnite Chapter 3 Season 3, but there is not one as crucial as the challenge of getting a boulder to roll 100 meters or more in a single match. That’s because it is an Indiana Jones quest that rewards you with a free cosmetic and helps you progress toward unlocking the character’s additional skin style. Though, completing this feat isn’t as easy as it sounds. Here’s where to find and push a Runaway Boulder over 100 meters.

Despite Runaway Boulders being on some of the biggest hills in the game, most won’t go far after breaking them away from solid ground. However, there is one Runaway Boulder capable of helping you finish this quest. It is located at the peak of the snowy mountain in the top-left corner of the map, just west of Seven Outpost II (as marked below). You will then want to push the Runaway Boulder toward the bridge to the north by hitting it with your Harvesting Tool until its health bar is depleted.

The Runaway Boulder will then travel well over 100 meters, rolling underneath the bridge and all the way into the ocean ahead. If done correctly, quest-doers will then earn the exclusive Doctor Jones Emoticon for their efforts. The challenge is also required for those who want the Temple Explorer style for Indiana Jones, as all other quests will have to be completed to unlock it. Most are relatively easy, but one will require players to solve a mysterious puzzle in order to open the secret door in the new Shuffled Shrines POI.