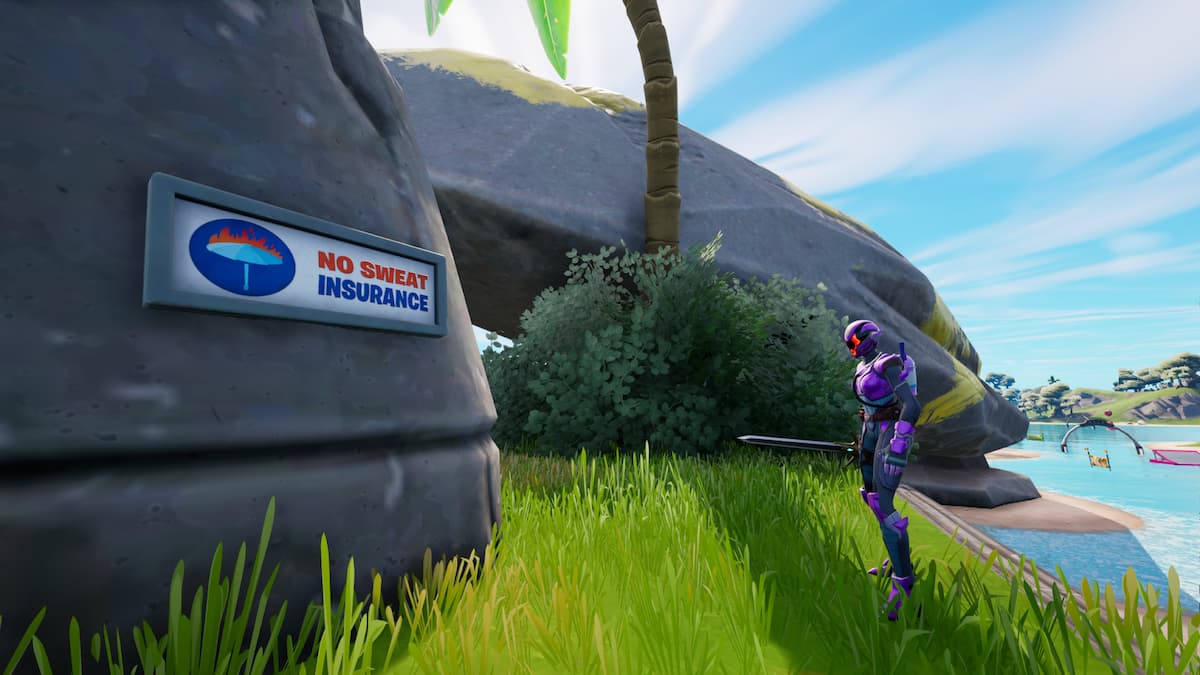 During Fortnite’s No Sweat Summer Event, players will be tasked with removing No Sweat Insurance signs from recalled products and then responsibly placing them in a recycling bin. Those who take on the challenge will need to find numerous signs, though they only spawn in two particular areas of the map. Here’s how to remove these signs and where you will be recycling them in Fortnite Chapter 3 Season 3.

Where to remove No Sweat signs from recalled products

For the first stage, you will need to begin this quest by either heading to Sanctuary or Mighty Monument, a landmark island just east of the POI. As you will need to remove three signs, we recommend heading to the Mighty Monument with it having three signs that are not too far from each. Once you’ve found one, simply interact with the sign to remove it from the recalled product. You can find each No Sweat sign and its location below.

Related: How to find the coolest player on the island in Fortnite Chapter 3 Season 3

Where to place No Sweat signs in an official bin

With three No Sweat Signs collected, the second stage will be to track down a recycling bin at either Sanctuary or Mighty Monument. These can be hard to spot, as they come in the form of small, green cans that blend in almost too well with nearby shrubbery. You will only need to head to one of these, but it is best to find the one closest to your last removed No Sweat sign. Each official bin location can be discovered below.

The quest will then reward you with the Goopy Guff, a red style for the Ice-Blasted Snow Crunchem Back Bling. Cosmetic collectors can even chase after five other styles for the Back Bling simply by taking on other No Sweat Summer quests. For instance, players who finish three of them will earn a Peely-inspired Nana Frost style, while a Meowscles’ Tail style is rewarded by placing down No Sweat signs.