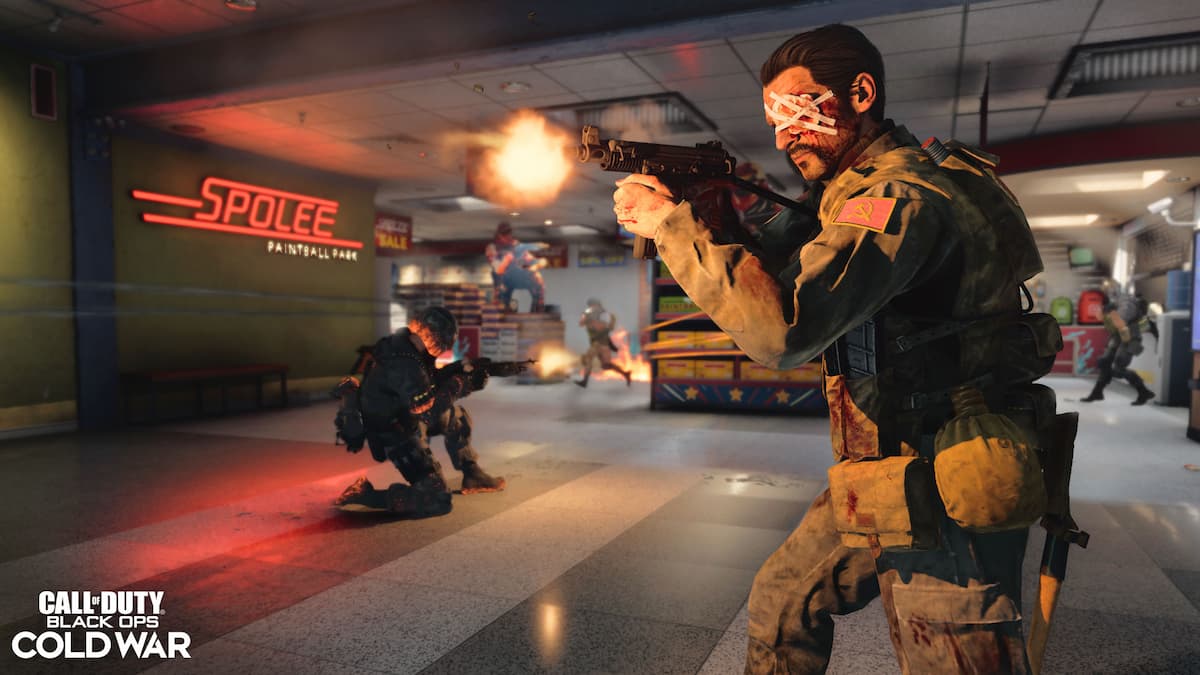 Coming with the Call of Duty Season 4 Reloaded update was an SMG new to Black Ops Cold War multiplayer, Zombies, and Warzone. Players may remember the Kiparis from the original Black Ops game, and it returned to the series in the form of the OTs 9. With a standard magazine size of 20 rounds, this SMG deals high damage at a quick rate, with the downside being its low ammo capacity, especially compared to the similar Bullfrog SMG. You’ll want to be at close range to enemies, and consider using attachments to increase that magazine size.

While you are able to unlock the OTs 9 by buying a Blueprint version of it in a Store bundle, you can also earn it by completing unlock challenges in Black Ops Cold War multiplayer, Zombies, and Warzone. Note that at launch of Season 4 Reloaded, players were unable to see the multiplayer or Zombies unlock challenges and had trouble using the weapon after buying an OTs 9 bundle. The issue has been resolved since then.

Related: How to unlock the Mace in Call of Duty: Black Ops Cold War and Warzone

The Black Ops Cold War multiplayer challenge for unlocking the OTs 9 reads: “Using SMGs, kill 3 enemies affected by your Tactical Equipment in 15 different completed matches.” Be sure to equip whichever SMG you most often wreak carnage with, although our favorites are the MP5 and the AK-74u. Tactical equipment refers to your non-lethal throwable, including the Flashbang, Stun Grenade, Decoy grenade, and the Smoke Grenade.

Players have found that the Decoy grenade has been the easiest way to complete the challenge, as killing enemies within the range of its noise counts towards the challenge, and the Tactical Mask perk will not shield against it. While we haven’t tested the Stimshot, it’s safe to assume that equipping it as your Tactical will do you no good towards this challenge as it has no effect on other players. Remember that the challenge needs you to perform three kills in “different matches,” meaning achieving more than three kills with your Tactical in a single match will still only count as one notch towards the challenge.

At launch, the Warzone challenge lists the unlock challenge for the MAC-10 for the OTs 9, which is: “Using SMGs, kill 2 or more players rapidly in 15 different completed matches.” Whether this is erroneous or not has yet to be determined.

You can also unlock the OTs 9 through a Zombies-specific weapon challenge — the challenge reads: “Using SMGs, kill 50 Tempests within 2 seconds of them reappearing after teleporting.” Tempests appear specifically in Outbreak mode, and they have electric and crystalline appearances. Using ammo mods will help you take down these creatures faster.