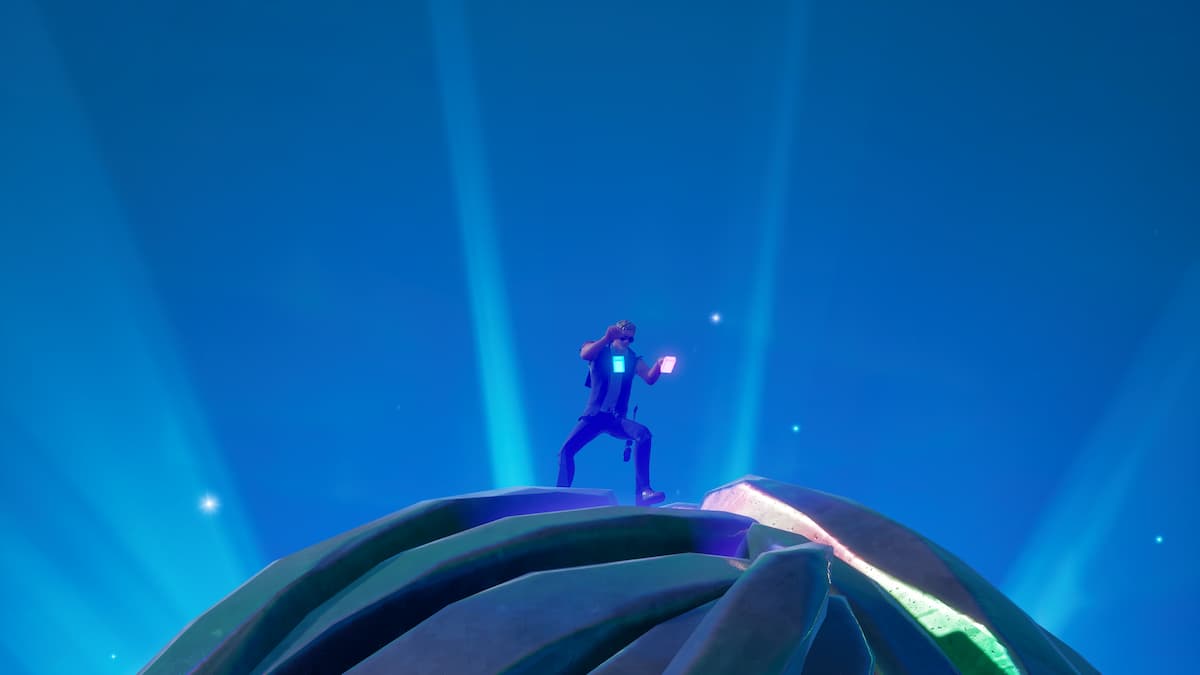 Agent Jonesy is the primary skin for Fortnite Chapter 2 Season 6, coming first in the battle pass. There are also lots of special quests you can unlock by leveling up the battle pass that will give you access to different styles for the Agent Jonesy skin.

The Battle Pass costs 950 V-Bucks or is part of the Fortnite Crew subscription service. As you hit different levels, you will get access to special missions for Jonesy, listed below.

Investigate the Anomaly at Lazy Lake

There is an Anomaly at Lazy Lake in Fortnite, and it is up to us to investigate it for the Week 1 challenges. The challenge is set in Lazy Lake the town, not Lazy Lake the lake, so that is the first important piece of information you need.

The second is to make your way to house number 2, in the northwest corner of Lazy Lake town, and go inside. A butterfly made of energy will appear and will lead you downstairs.

When you get all the way to the bottom, it will disappear, so smash through the wall with the TV on it using your harvesting tool. Inside is a secret room with a strange table with four glass panels on either side. Each panel has an orb you can interact with.

Investigate the Anomaly at Sharky Island

Land on the very north of the island you will will find three holographic projectors sticking out of the ground. Walk near them, and an energy butter fly will appear, flying between them, then disappear again.

Pay close attention to the order that the butterfly visits them in, as you will need to visit them in that same order. If you are facing north, it basically goes left, then middle, then right.

You will need to take specific actions at each of the holograms, mimicking whatever it is doing. The first one is kneeling, the second one is emoting, and the third one is jumping.

Visit each one, repeating the actions that you see, and then an anomaly will appear in the air where the butterfly disappeared. Just build out to it and interact with it to collect it, wrapping up this challenge.

It was a little buggy for us, and we had to do it twice before the anomaly would appear. We actually had to completely load out of the game and then load back in, so keep that in mind if you run into trouble.

Investigate the Anomaly at Catty Corner

For this quest, players want to make their way to the massive bunker just to the east of Catty Corner. Grab some weapons on the way, as there will be some shooting involved.

Make your way down the ramp and you will discover a small door in the wall on the right side. Go in, and you will find a massive vault door. The anomaly is tucked in behind it, but will be just out of reach.

Head back outside and you will discover there are some explosive barrels that you can pick up. Grab one, go back inside, and drop it just behind the door, leaving enough space for you to shoot it.

Walk out of the room then put some shots into the barrel and it will explode, move the door just enough for you to be able to interact with the anomaly and get the new Jonesy style.