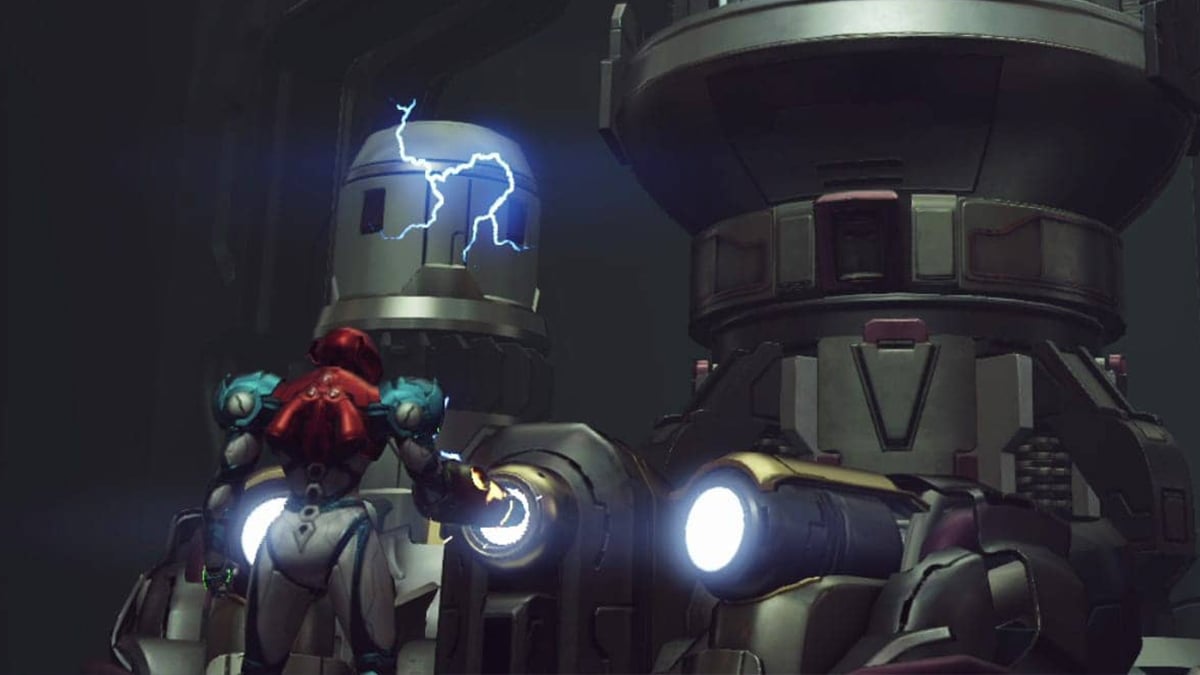 Metroid Dread eventually brings Samus Aran to Dairon, a mechanical environment near the center of Planet ZDR. Like all portions of the planet, this area is full of hidden weapons and items to uncover, and you’re going to want them all to increase your chances of survival.

Upgrades like Energy Tanks, Missile Expansions, and Power Bomb Tanks are scattered all over the planet, and these bump Samus’ various stats every time you pick one up. Here’s where you’ll find them all in Dairon.

You can get this immediately after acquiring the Bomb ability. There’s a section of the floor you can bomb through; same goes for some horizontal blocks in the next chamber. Past them, you’ll have to do a Morph Ball jump to blow away the raised Bomb Block guarding the Missile Pack.

Just after getting Bombs, you’ll use them to ride some Morph Ball Launchers. Stop when you reach a room with a launcher on the top and bottom of the screen. Between them are some secret Bomb Blocks you can blow away by deploying a Bomb in midair. Roll on through, destroying any block holding you back from that sweet, sweet Missile Tank.

After the very next Morph Ball Launcher ride, stop and look at the ceiling. You can shoot away some hidden Beam Blocks here. Do so, then hoist yourself to grab another Missile Expansion.

This Missile Tank is in the large room under the easternmost part of the EMMI Zone. From the top ledge, use the Grapple Points to swing to the nook in the corner holding it.

This is right by the elevator to Artaria – shoot the hidden Beam Blocks on the left to open the passage. It’s hot in there, so don’t step inside without the Varia Suit. Once you have that, you can Grapple Beam up to the magnetic part of the ceiling, destroy the Missile Blocks, and roll over to the Power Bomb Tank.

You’ll find an Energy Part in the volcanic area southeast of the Purple Teleportal. You technically only need the Varia Suit to get it, but you might want to wait for the Gravity Suit if you want to play it safe. Use the Wide Beam to enter the super hot room and make your way down to the platforms that house the Part. Roll through the opening with your Morph Ball and time your jump right to reach the ledge where the prize sits. You’ll potentially only dip your toes in the lava on the way out.

This is found right by the Central Unit, but you’ll need to defeat the EMMI for the Speed Booster ability first. With that equipped, charge up speed and break through the Speed Booster Blocks by the doorway. Then you can jump up to the cubby holding the Energy Part.

Once you’ve cleared the EMMI Zone in Dairon and acquired the Speed Booster ability, head to the center of the zone. There’s a dead-end room here with Speed Booster Blocks on its eastern edge. Get some speed and dash right through those suckers to find a Missile Tank on the other side.

There’s another Speed Booster puzzle in the small non-EMMI Zone section that connects to sections of the EMMI Zone proper. Start from below the Ammo Recharge Station and sprint to the right, using a wall jump to keep momentum and pull a U-turn. Slide through the Speed Booster blocks here and do some more wall jumps on the other side. Done correctly, they will lead you right through the blocks housing the Missile+ Tank.

There’s a small area that connects two parts of the EMMI Zone in the south-central section of Dairon. Move through that to reach a long hallway at the base a tall vertical shaft. Run left to right to charge up a Shinespark, then rocket up to the top of the long shaft. You can grab the ledge holding the Energy Tank on your way back down.

A small hallway is bookended by Speed Booster Blocks in the top-eastern part of the EMMI Zone. Approach from the west to zoom through them and reach the spot below the Energy Part. This is easier to get with the Cross Bomb ability, but it’s not required. Instead, you can shoot out the hidden Missile Block, then use some quick Bomb jumps to clear the way to the shaft in the ceiling.

This Missile Tank is right by the tram from Cataris, but you can’t get it till you’ve earned the Speed Booster. Once you have it, return to the large cavern and pick up speed by running left to right. Use a Shinespark jump to launch yourself through some Speed Booster Blocks to the roof of the cavern. From there, you can drop down and grab the ledge holding the Tank.

There’s a tricky set of blocks by the top-left exit of the EMMI Zone. Step one, Morph Ball jump into the air and drop a Bomb (or Cross Bomb) to destroy the first block. Now you need to quickly shoot out all four Missile Blocks and roll just up to the breakaway part of the floor. Drop a Cross Bomb to scoot yourself over the Missile Tank before the Missile Blocks reappear. This one is a pain.

There’s a Speed Booster puzzle in the lower part of the cold sector, and it’ll take two rounds of running to solve it. First, run along the floor to the left starting from the ice to gain speed, store a Shinespark, jump to the ledge, and shoot yourself into the wall. You’ll need to Screw Attack your way through some blue blocks on the other side. Roll through the Morph Ball tunnel here to drop into a room with a few enemies. Get rid of them, then Speed Boost through the left-hand wall – the Missile Tank will be revealed when you crash through.

There’s a Missile Tank hidden in the volcanic section of the map. Go to the lava pool (pictured) east of the lower Network Station, shoot through the Beam Blocks, and use your Charge Beam to open the door below. In the next room, Space Jump over the lava to the right side and work your way up. Pull the Grapple Beam Block away, and you can tuck into the Morph Ball tunnel to snag the Tank.

Once you have the Gravity Suit, you can drop into the lava below. Use the Speed Booster to run through the lava to the right-hand wall – you’ll break through and reveal another Missile Tank.

There’s a pretty difficult Speed Booster puzzle in the cold section of Dairon. At its top is a set of Speed Booster blocks, but the tricky part is reaching them. Our solution was to start running from the ice in the bottom corner, storing a Shinespark jump, and hopping to the ledge on the left. From there, you can hammer away at the Space Jump to quickly ascend to the ledge with the blocks, then launch into them as soon as you hit the ground. If you move quick enough, you’ll make it. Go through the next door to find an Energy Part on the other side.

This Missile Tank is found just above the Speed Booster Blocks that led to the previous one. Cling to the Spider Magnet wall there and aim through it with the Wave Beam – you can shoot an exploding sac on the other side. When it blows, you’ll be able to roll through and grab the Tank.

Head to the small non-EMMI Zone section that connects to the EMMI Zone itself, and you’ll find a Storm Missile Box. Shoot all the targets around you – you’ll need to hop and target the last one in the air then quickly release your Missiles – to open the way forward. Space Jump up and over the water to the Morph Ball tunnel. Tuck inside and drop a Cross Bomb, then roll out onto the Beam Blocks and quickly yank out the Grapple Beam Block before they reappear. Now you can roll down the tunnel and Bomb into the passage it was blocking. You’ll find the Power Bomb Tank around the bend from there.

This Power Bomb is in plain sight in the upper EMMI Zone. Drop a Power Bomb and roll through the opening to grab it.