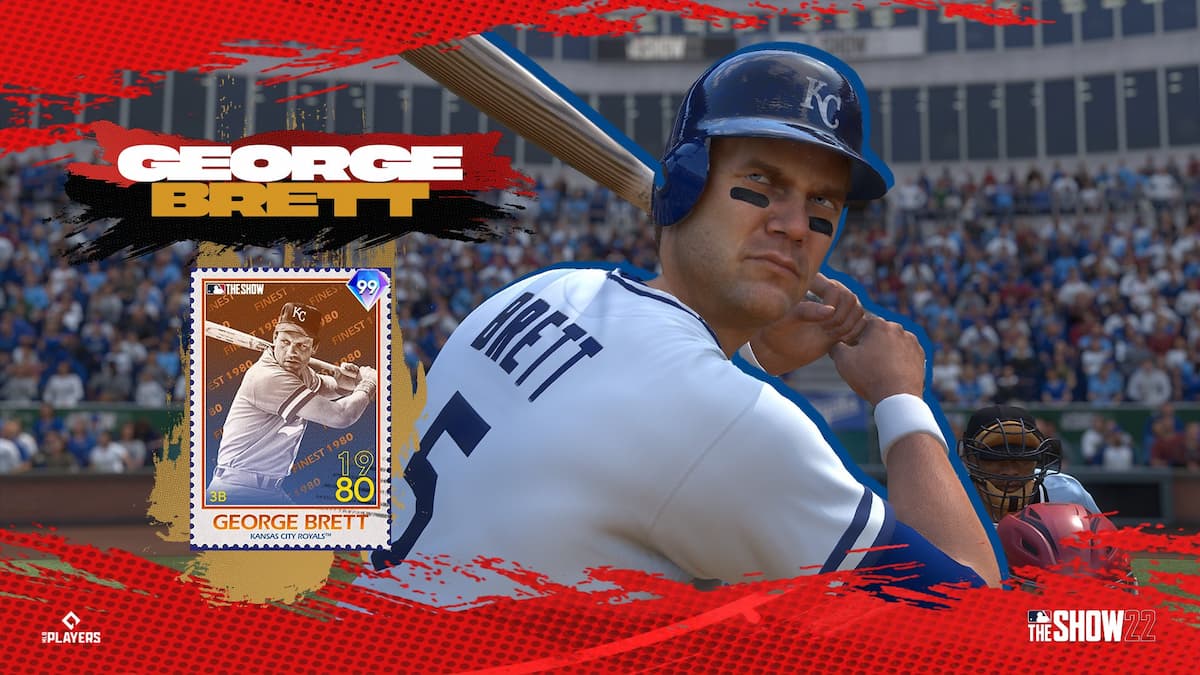 On June 3, San Diego Studios dropped the first “big collection” in MLB The Show 22. The reward for completing this collection is a 99 OVR Retro Finest player item of Royals icon and Baseball Hall of Famer George Brett. The sweet-swinging Brett will very likely be a hot commodity in Diamond Dynasty. But in order to add this card to your lineup, get ready to start scooping up cards, if you haven’t already.

How to get 99 OVR George Brett

To get the 99 OVR George Brett in MLB The Show 22, you will need to complete the Legend and Flashbacks collection for it. Users need to collect a wide variety of different cards, outside of Live Series cards. Go to Collect -> Collections -> Legends & Flashbacks, and then select the ‘Brett’ tab to see your progress towards the collection.

Now, to complete this MLB The Show 22 collection in full, you will need 16 vouchers. These vouchers can be obtained by completing a certain amount of cards for each Series tier, like Breakout, All-Star, Postseason, and so forth. We’ll get to the exact requirements for those in a second.

There are technically 15 vouchers available, as there are two player items that count as vouchers. You will need the 97 OVR Babe Ruth (which can be obtained by collecting eight Takashi Okazaki cards) and the 96 OVR Joe Mauer (you’ll need 12 cards from the Cover Athletes collection) to acquire the 99 OVR George Brett. One of these could technically be skipped, but we’ll address that in a bit.

In addition to those players, you can obtain the remaining 15 vouchers by doing the following:

The asterisk next to the Future Stars indicates that while users can obtain a voucher for the Brett collection, there is no slot for it in the collection as of this writing. Because of that, users will need to obtain the other 14 vouchers, plus the 97 OVR Ruth, and 96 OVR Mauer to get this done.

Users can obtain cards for these collections via Featured Programs, Player Programs, Battle Royale Programs, packs, and the Diamond Dynasty marketplace. Additionally, completing Mini Seasons and the Nation of Baseball Conquest should also be of help. Winning a Mini Seasons championship for the first time yields an 89 OVR Veteran Evan Longoria, while the Nation of Baseball Conquest has three card rewards for completing it, highlighted by an 88 OVR All-Star Mike Piazza. Plus, users can also receive Prospect Packs in that Conquest, and repeatedly, as well.