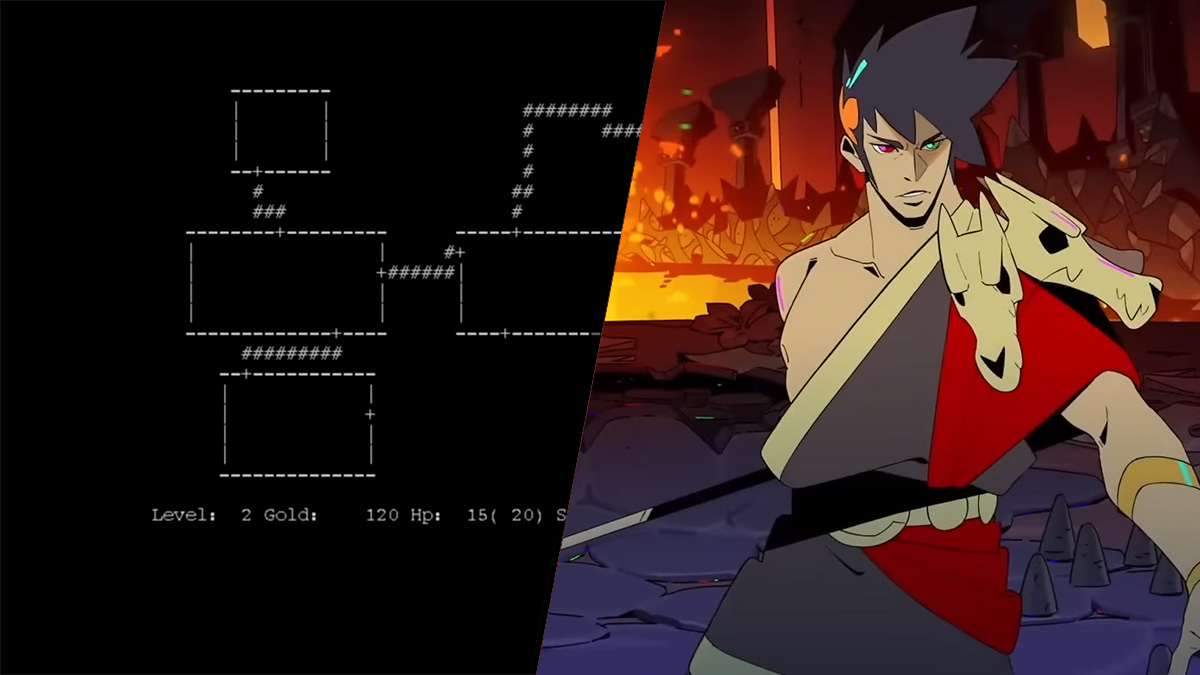 Every run brings something different for players to surmount with Roguelikes, and that tends to be the greatest addictive factor for these titles. While the debate has been exhaustive as to precisely what is a roguelike versus a roguelite, we find the modern genre has evolved into a less-nuanced system that ultimately revolves around incremental upgrades on death, and the game design focusing on encouraging players to make runs multiple times in an effort to reach the end. Whether you think the ASCII characters are a factor or not, here is our list of the 10 best roguelike games of all time.

Related: The best games for when you only have an hour to spare

It’s a journey across the galaxy, to save the galaxy. A tale as old as time, surely, but the systems in play made every run feel both unique and brutally difficult. Finding new species to add to your crew, outfitting your ship with the greatest technology available for ship-to-ship combat, and opening airlocks at all the wrong times made FTL a juggernaut of roguelike gameplay. It’s been compared to The Oregon Trail, positing difficult decisions to players where the wrong choice means another frustrating defeat, but the victories wrought from this title were that much sweeter.

Every action in Darkest Dungeon feels as though it’s the last glimmer of hope for all of humanity, against a raging horde of demons, monsters, and utter insanity. With a brilliant narrator that explains the actions (and unmitigated hopelessness) of the party as they trudge ever-onwards, players are going to need to perfect the act of balancing strength, party composition, and hope to ever finish the title. Whether you’re exploring dark crypts for rumored treasure or attempting to stop dark rituals, the only expectation you should hold is the eventual and merciful grip of death.

Related: The 10 best games to play on an iPad

An unknown gem that offers an entirely free version, Tales of Maj’Eyal is a turn-based RPG with dozens of characters, classes, and race combinations that can be unlocked as you progress through the unique class campaigns. It’s also likely the closest to the original Rogue, both in sheer difficulty and seemingly endless dungeon crawling. As players end up with a wild number of abilities, turns where foes encroach on all sides are slow, thought-provoking moments while you hem and haw at the resources currently available. Tons of loot is available that increases various stats, the enemies are endless, and the mechanics are absolutely brilliant to explore and exploit.

Crash land on an alien planet, kill the locals, and teleport to the next area. Risk of Rain 2 is a seemingly simple premise to the 3D follow-up of the 2D hit Risk of Rain, but it consistently delivers with unique characters and upgrades that you’ll begin chasing to exploit various abilities. With up to four players to work with in an attempt to leave this brutal world, rake in as much loot as possible, and die spectacularly. The run and gun element has been carried over to Risk of Rain 2, but the primary element of contention is determining how much loot you should grab before triggering the stage boss and moving on.

Float like an eagle and sting like a bunny in the anthropomorphic gun-focused roguelike Gunfire Reborn. With dozens of weapons to unlock, various scrolls that enhance abilities, and powers that enable you to eliminate dozens of foes at once, this game swings wildly from a brutal struggle to an unbridled power-fantasy once players understand how everything ties in together. The various characters can be unlocked as you progress through the game, and each can bring multiple unique mechanics to the table to develop a well-rounded party.

5. Crypt of the NecroDancer

If you know, you know — just seeing a screenshot of the title is enough for Crypt of the NecroDancer veterans to get the earworm of one of the best soundtracks in gaming. Players move to the beat to attack enemies which follow specific movement rules. Missing the beat means you drop your coin multiplayer, and can give enemies a chance to attack as you can’t move until the next beat. Various weapons that can be purchased in shops operate differently, from rapiers that give the character a dash-attack to polearms that allow you to attack from farther away. An accessibility option lets players move whenever they want, rather than being tied to the beat.

A Metroidvania roguelite action platformer that took off thanks to a successful Early-Access program on Steam, Dead Cells tells a quiet tale of a prisoner that is desperate to escape. Levels constantly shift after every failed run, tightly packed with platforming challenges and difficult enemies. Risk versus reward is a central focus across the game, as players can choose to curse themselves for a quick power boost, or attempt to run as quickly as possible for a chance at opening time-gated rooms that can also offer great powers. The action is very much on-point with responsive controls, an exhaustive number of weapons and abilities to unlock, and more exploration than you can shake a stick at.

The card-based RPG Slay the Spire took the world by storm in early 2019, ultimately offering the world of card-based RPGs a new sense of vigor and purpose. Originally with three characters that all operated with unique mechanics, the objective was to get to the top of the tower where a mysterious heart was waiting. With card upgrades, powerful artifacts, and an easy to understand hard to master premise, the world has been slaying foes constantly since its release. There’s also a Steam Workshop integration with more than 600 mods available, so you won’t have to stop slaying unless you lose power.

Related: The 10 best deckbuilder games to play on PC

Take the ultimate form of rebellion against Dad in Hades as Prince Zagreus, the son of Hades himself. The action-based gameplay is flawlessly tuned, with multiple weapons and upgrades offering Zagreus the power of the Gods themselves, against dozens of enemies spanning the various levels of Hell. Bosses and guardians remember facing you, commenting on your past failed attempt or their comeuppance, and a beautiful story is woven across the colorful backdrop of characters and mythology. The mythology is what transforms this game into the next level, thanks to a brilliantly inspired tapestry of woe, sorrow, and betrayal that Supergiant Games adopted with their penchant for superb storytelling. The success of Hades also means that a sequel is on the way.

When the original Binding of Isaac came out, it was a brilliant roguelike with a strange, twisted story about a mother that had succumbed to religious fervor. The continuous reworks and re-releases with various suffixes may have watered down and exhausted a once-mighty title, but the first Binding of Isaac is a brilliant love letter to roguelikes where powerups can turn your character from a sobbing boy into the harbinger of doom. For many, it resonated with stories of abusive households and the climactic achievement of finally escaping and moving past the trauma. For others, it was shooting your tears at piles of poop. For everyone, it was a critically-acclaimed masterpiece.