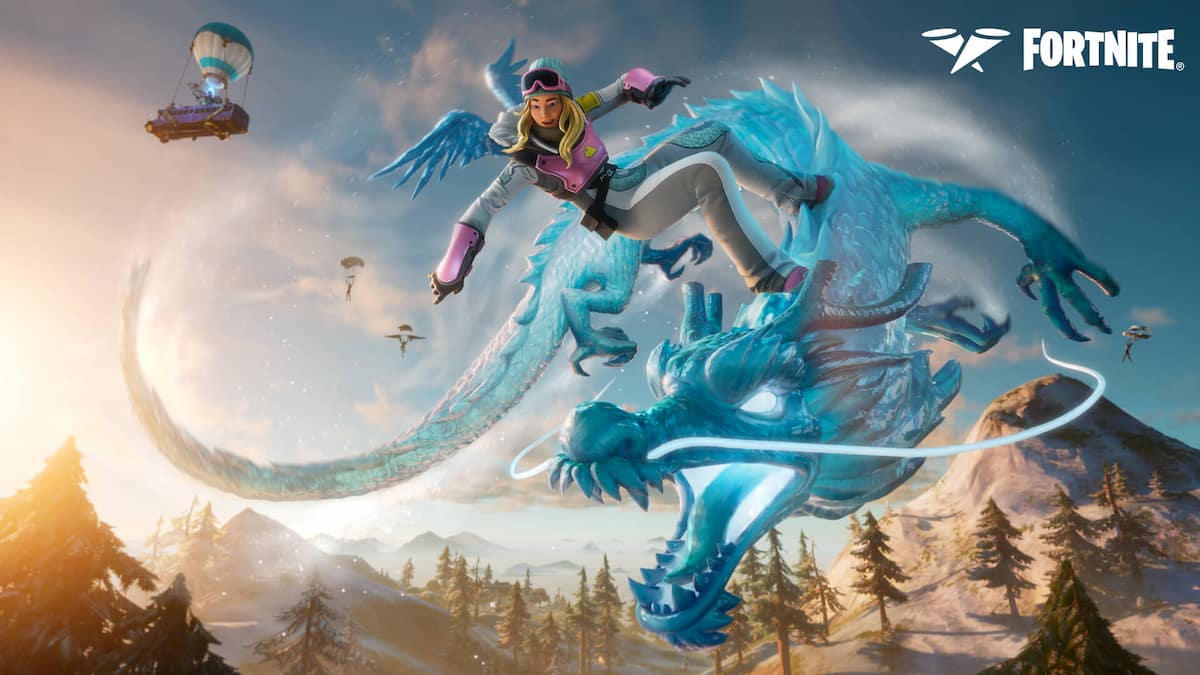 In its five years, Fortnite has featured over 400 diverse Gliders, giving players plenty of options for how they will land on its map in style. These Gliders first came in basic forms of umbrellas, but they quickly evolved into unforgettable cosmetics, ranging from ships, cars, to even dragons. Though, like skins, there are only a select few that have caught players’ hearts. Here are the 10 most popular Gliders in Fortnite and how you can earn them.

Of the countless Icon Series Gliders, you can expect to see the Balvin Cruiser more than any other in-game. This is due to it being the only hoverboard in the battle royale that leaves a rainbow and a collection of emojis in its trail. It first arrived in August 2021, but surprisingly has not been available since. Once the Balvin Cruiser returns to the Item Shop, those interested can expect to own it for 800 V-Bucks. However, the item has also been featured in the J Balvin Bundle, a 2,400 V-Buck set that also holds the singer’s own skin.

Although many Marvel Gliders tend to be underwhelming, the DC Series’ iconic Batglider became a smash hit with players when it debuted in September 2019. Modeled after Batman’s cape, the cosmetic was a part of the Gotham City set, but was sold separately in the Item Shop for 1,200 V-Bucks. It is not clear when the Glider will return, though it is primarily known to come back to the shop each fall.

Skins may receive the most hype upon their release, though Diamond Pony certainly earned the most of any Glider when it debuted in April 2022. As a result, players now see swaths of rainbows and horses when dropping into matches. The Borderlands-inspired cosmetic hasn’t entered the store since, though players can get Diamond Pony anytime for free if they purchase Tiny Tina’s Wonderlands from the Epic Games Store on PC. If the Glider does come back to the Item Shop, players should prepare to drop a hefty 1,200 V-Bucks for the shining cosmetic.

As one can likely guess, the First Order TIE Fighter is a Star Wars series cosmetic featured in The New Trilogy set — which also includes the likes of Finn and Kylo Ren skins. The terrifying, all-black spaceship was last available in the Item Shop in May 2022, but was once notorious for disappearing for years at a time. So, we certainly recommend grabbing this rare Glider for 1,200 V-Bucks when it drops once more.

With World Cup athletes being some of the most popular skins, the same can be said for their set’s dedicated Goalbound Glider. The Uncommon cosmetic is the only soccer-themed Glider in Fortnite with it rocking a checkered black and white chute and soccer fields for its wings. Despite this imaginative design, it only costs players 500 V-Bucks to own. Goalbound typically makes its way to the Item Shop about every 100 days, though you can certainly expect to see it available during the 2022 FIFA World Cup this November.

Some Gliders seem so absurd at first sight that you cannot help but to spend thousands of V-Bucks on them at a moment’s notice. The flying shark that is Laser Chomp is one of these special Gliders, as it was an instant classic after releasing in July 2018 for 1,500 V-Bucks. In spite of Laser Chomp not being in the Item Shop for almost a year, it does have a tendency of returning between every August and September.

Most players know of Marvel, Star Wars, and DC Series cosmetics, but very few have seen the existence of Lava Series items. These were a part of the Lava Legends Pack, a bundle which included a red dragon Glider known as Lavawing. Although it is the only Lava Series Glider in the battle royale, it has not been up for grabs since July 2020. This may be heartbreaking for many collectors, but that hasn’t stopped owners from constantly showing Lavawing off.

Fortnite fans have seen plenty of Gliders inspired by a number of beasts and animals, but there are two dragons that have impressed among the rest. The first being Nunbola, an Icon Series Glider dedicated to the Chloe Kim skin. The Glider features a massive, icy blue dragon that leaves a windy chill behind in its path. It has certainly gained a cult following in the game’s community, but it is hard to come by. The skin had only been in the shop for two weeks in March 2022 for 800 V-Bucks and it is unknown if it will return soon.

We cannot mention Nunbola without mentioning the Legendary Royale Dragon Glider. Releasing all the way back in Chapter 1 Season 3, it was first seen as a one of a kind with it being a lengthy dragon piñata inspired by Lunar New Year festivals. As a result, it has since become one of the most sought after and frequently used cosmetics to date. The Royale Dragon Glider comes to the shop about every 150 days and can typically be purchased for a short time each February.

Umbrella of the Last Reality

As players knew that the end of Chapter 2 also meant the destruction of its map, many savored its last moments by securing at least one Victory Royale. In return, winners earned arguably the best umbrella yet in Umbrella of the Last Reality. The purple Glider included one of the mysterious Cube entities covered by debris and lightning. Sadly, as it was a Victory Royale reward exclusive to the season, Umbrella of the Last Reality is not slated to be in the shop at any point. Though, there are certainly several players still using it as bragging rights in-game.