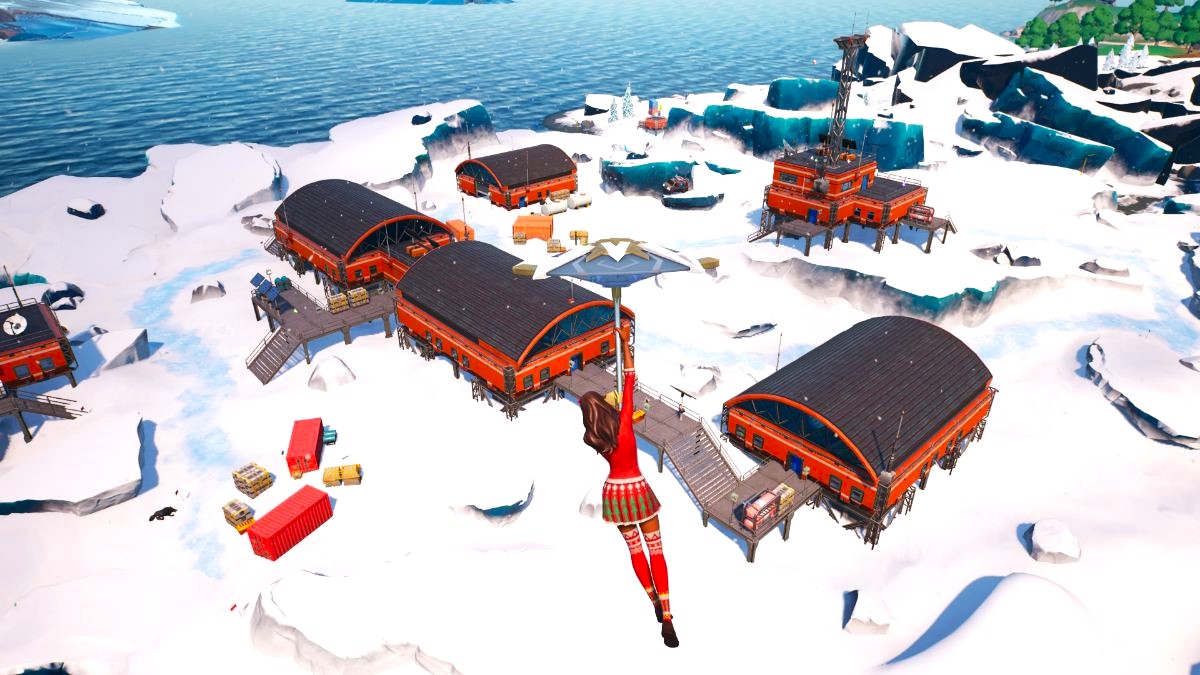 In Fortnite Chapter 4 Season 1, Lonely Labs is one of the nine named POI locations on the island map, and it’s the remotest, coldest and, yes, loneliest of them all. It’s basically an arctic research station complete with buildings on stilts embedded in deep snow. Being on the edge of the map, it’s not generally the best landing spot, but still, there’s quite a lot of stuff to find there and, if the bus route starts in the northeast, it’s a good place to land if you want to get started early.

Related: How do Capture Points work in Fortnite Chapter 4 Season 1

What is the location of Lonely Labs in Fortnite Chapter 4 Season 1?

Lonely Labs is in the far northeast corner of the Fortnite Chapter 4 Season 1 map, on a small island northeast of Brutal Bastion. If you don’t actually land at Lonely Labs, then there are ziplines to help you get across the steep valleys and chasms that surround it. The entire area is covered in snow and ice and, while you will find a few vehicles dotted around Lonely Labs, the driving conditions in this area are challenging to say the least. The best way to get around might even be to make yourself a snowball.

There are lots of chests and ground loot at Lonely Labs, as well as a Bounty Board, Reboot Van, and Capture Point. It also has a Weapon-o-Matic and its own gas pump, but no Mending Machine. Other than that though, it’s pretty empty. It doesn’t even have an NPC to meet and trade with. They call it “lonely” for a reason, after all.

One benefit of Lonely Labs is that it’s close to Brutal Bastion, so you can kind hit two birds with one stone, landing at Lonely Labs, stocking up on loot, then moving on to Brutal Bastion, which is a great place to make a stand if the storm circle ends up in the northeast quarter of the map.