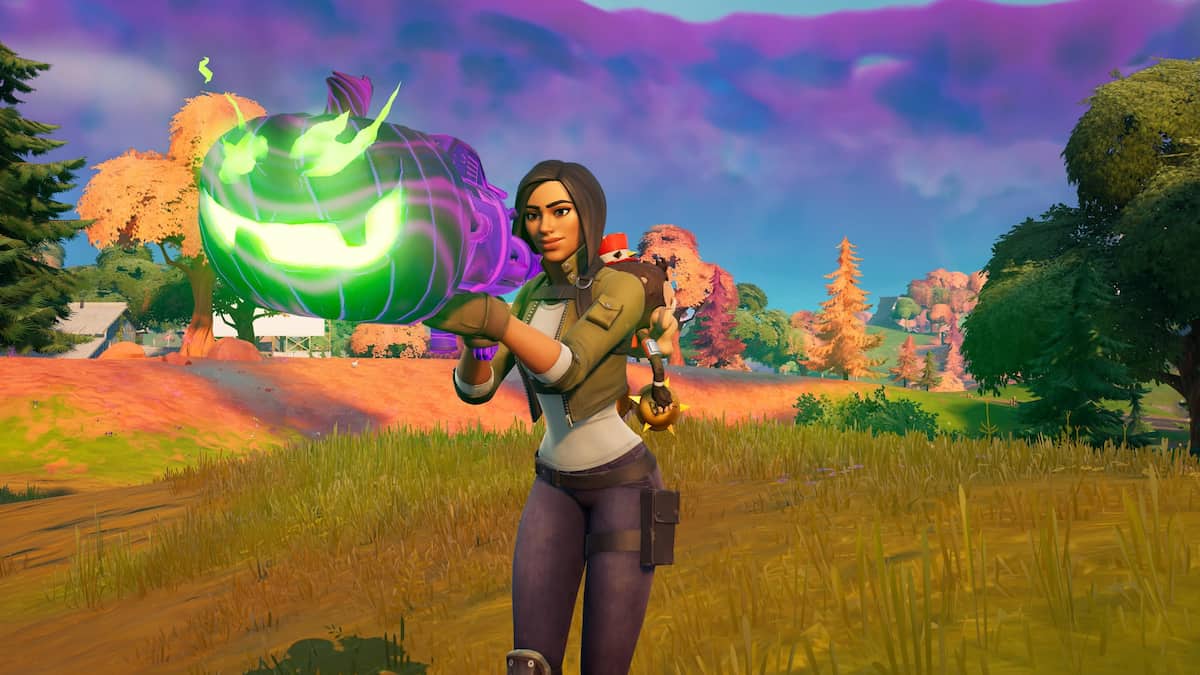 As expected, Fornitemares is back to celebrate all things Halloween in Fortnite and comes with a whole new set of quests. Likely the hardest challenge in this holiday-themed punchcard, players will be challenged to hunt down the returning Pumpkin Launcher. To make matters even more challenging, the main objective here will be to also eliminate an opponent with the rocket after doing so.

The Pumpkin Launcher is the most difficult to run into out of all the Fortnitemares included items, but that doesn’t mean it can’t be discovered within your first few games of searching. Although it is primarily found through random chests, it is obtainable through purchasing the item from The Mummy. He will be standing near the Hey Boo Halloween store entrance outside Holly Hedges (as shown below).

From our experience, the item is seemingly offered by The Mummy every match you’re able to speak to him. However, it may come at a steep price for most, with him asking for 600 Gold in exchange. If you’re short on the currency, multiple droppings of gold are typically found throughout the store and the gas station surrounding it.

With the item in hand, players should be able to eliminate enemies with one direct hit from the Pumpkin Launcher. The item usually comes with five total Pumpkin explosives, but those with poorer aim may want to carry an additional weapon first to break off some of the enemy’s health.

Related: Where to place Ghostbuster signs in Holly Hedges, Dirty Docks, or Pleasant Park in Fortnite

When the quest is complete, a total of 2,800 XP will be rewarded. However, to finish off the punchcard entirely, players must also collect 15 candies and land five times after riding a witch’s broom.