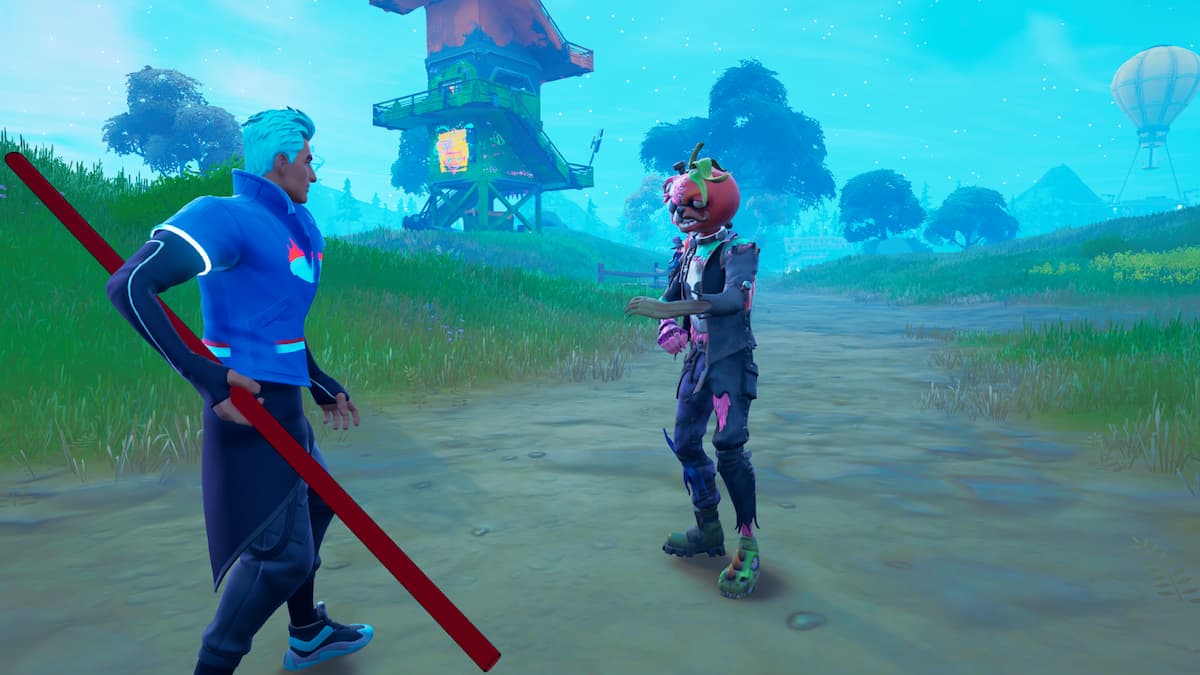 The annual Fortnitemares Halloween event has returned in Fortnite, and it brings a handful of spooky new NPCs to the battle royale. Possibly the most frightening of all, the disheveled Curdle Scream Leader has come to haunt the island but also sell goods to those with enough Gold. Players who encounter the character can even have themselves some additional XP, as buying one of their items is featured as a limited-time Fortnitemares quest. Here’s where you can discover Curdle Team Leader in Fortnite Chapter 3 Season 4.

Although most NPCs stand in place, Curdle Scream Leader is mainly discovered walking the dirt path between Titled Towers and Herald’s Sanctum. We recommend those having trouble finding the character drop at the two-story home that separates the two POIs, as Curdle Scream Leader eventually ends up on its front yard. Once found, players can speak to the NPC and spend their Gold by purchasing an Epic Pumpkin Launcher, Hop Drop, or Peppermint consumable. While the launcher is a powerful explosive weapon, the Hop Drop and Peppermint are candies that grant additional speed.

Related: Where to dig up and collect Terrifying Tablatures in Fortnite Chapter 3 Season 4

Not only will you be adding an item to your inventory, but an extra 15,000 XP will be given toward your Battle Pass level for lending your Gold to Curdle Scream Leader. This is just one of several Fortnitemares quests, all of which can help unlock free cosmetics like the Chrome Cage Back Bling, Everything’s End Glider, and the Unmaker Pickaxe. If you’re wanting to witness more of the event’s exclusive NPCs, players can also head to Grim Gables to fight the new Inkquisitor boss and defeat him to take control of his own Mythic weapon.