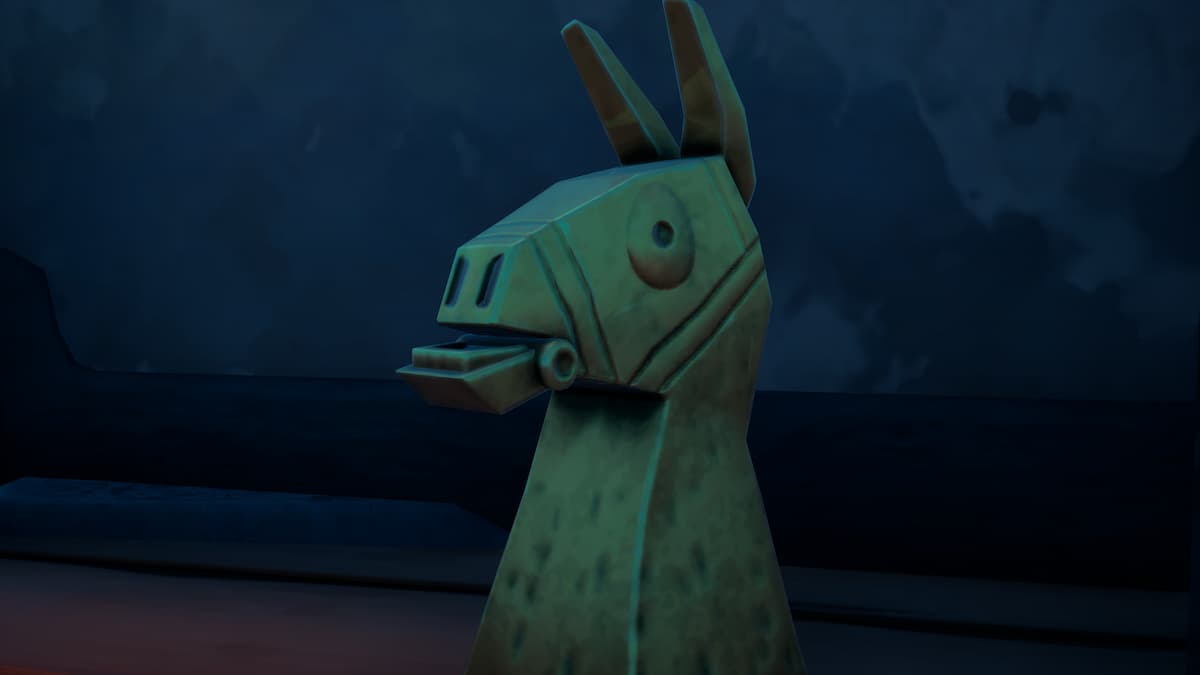 The Chapter 2 Season 6 week one challenges are here, and the first one is to find Golden Artifacts near the Spire. The Spire is a new location right in the center of the map, formed as Agent Jones and one of the Seven attempted to stabilize the Zero Point.

It is a raised area filled with small buildings and a massive tower at the center. This is part of the map changes this season, and is a very fun area to play in.

Despite being called Golden Artifacts, they do not actually appear to be golden, which is interesting. We will be tracking all the artifact locations in this guide, and will be updating it as we find more.

The first artifact can be found in a two story building near the Spire, show on the map above. The statue is actually a small statue of Kit wearing a grass skirt, and will be emitting a bright blue glow when you are close to it.

The second artifact can be found in a cobbled area with some stands with fruit, about half way up the village area toward the spire.

The third artifact can be found at the bottom of the stairs that lead to the Spire itself. Players will need to smash a wooden wall to get it.

You can find the rest of the Fortnite Chapter 2 Season 6 Week 1 challenges below: