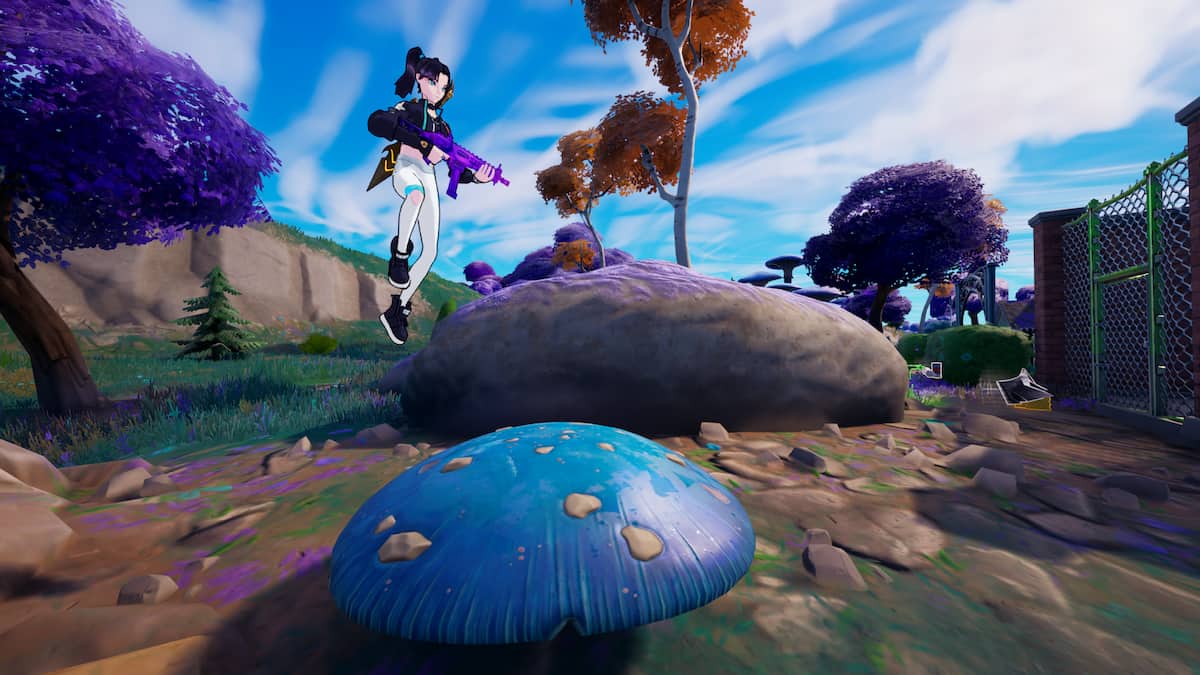 Fortnite Chapter 3 Season 3 has introduced everything from new POIs to new weapons and even new characters. However, there are tons of other smaller features that greatly aid your journey to a victory royale. One of the most notable is the Slurp Bouncer mushroom, a plant capable of lending you an additional shield and a massive boost in the air. Here’s where to discover this strange fungus and become fully healed.

Thanks to the new biome, there are a number of new plants around the southwest corners of the map, such as those that hold Reality Seeds. Slurp Bouncer mushrooms are also spread out around this mystical forest, but a majority of them can be found around the Reality Tree in the Reality Falls POI and at the center of Greasy Grove (as marked below). Once you’ve spotted one, hop on top of it to be sent flying straight up into the air while also earning 15 extra shields. Each mushroom will give you a shield just one time, so you’ll need to find at least seven to reach a full 100 shield.

Keep in mind that players can gain 15,000 XP just by completing the Week 1 quest of gaining shield from 10 Slurp Bouncer mushrooms. Those hunting for even more XP should also look to finish off the week’s other quests, such as one that will have you visit the Zero Point and another that challenges you to dance at different crashed IO Airships. Although the XP these reward is not as plentiful as in past seasons, Chapter 3 Season 3 continues on the tradition of having players also complete easy Milestone quests for more than 5,000 XP each.