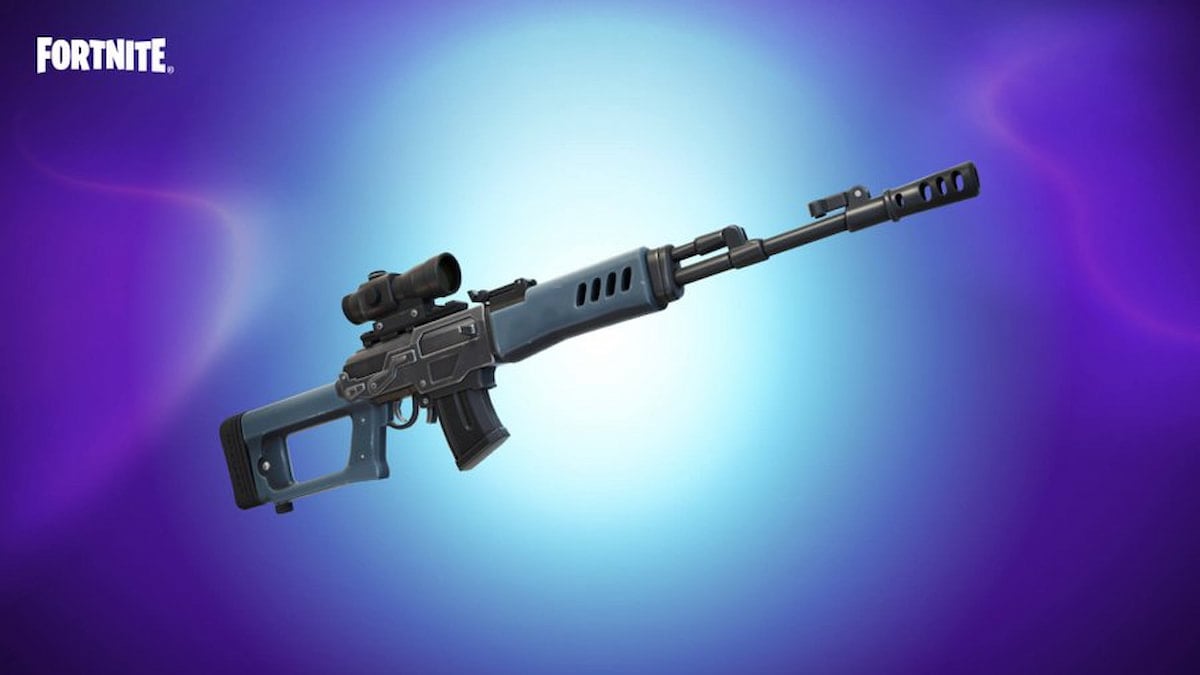 After 11 hours of downtime, Fortnite has finally returned with all of the new version 22.10 update content alongside it. The patch not only debuts a brand new weapon and location; players can now run into a set of chests that tell them what’s inside beforehand. Although it does bring more unlockable cosmetics for Battle Pass owners, the game also offers a new gift to everyone at login.

The biggest difference players will spot from Fortnite’s v22.10 update is the inclusion of the Holo-Chest type. Unlike regular chests, these do require a vault key to be unlocked, though each displays a hologram beforehand revealing what weapon they carry. Despite the Fortnitemares event slated to begin later this month, the update kicks off the festivities early with a new Halloween-themed location to the map, Grim Gables. The point of interest takes the place of longtime area Shifty Shaftys and turns it into an abandoned mansion that sits beside a loot-filled cornfield.

As for its items, developer Epic Games revealed that the DMR has now been replaced with the new, faster-firing Cobra DMR. The marksman rifle even outdoes the original with its large 20-round magazines, and those wanting to try the long-range gun can discover it through a handful of methods. The Cobra is also joined by a new and improved Grapple Glove. The returning item now gives players additional speed up until their third swing and has the ability to pull in other nearby goods.

Related: How to get the G.O.A.T. skin in Fortnite

Version 22.10 does bring handfuls of content outside of gameplay, as well. To apologize for the long, unscheduled downtime, each player can now find the Sweat-Free weapon wrap in their inventory locker at no cost. Meanwhile, Battle Pass owners can complete new Bytes Quests for the chance at unlocking the seven additional styles for The Nothing’s Gift Pickaxe. Even though the season’s Super Level Skins were expected to launch with the quests, it is now said players can unlock these Bonus Rewards as soon as October 6.

Those starving for extra items do still have time to partake in the Reboot Rally event. Its end date has recently been extended to October 17, giving players one last chance to own its fiery cosmetics.