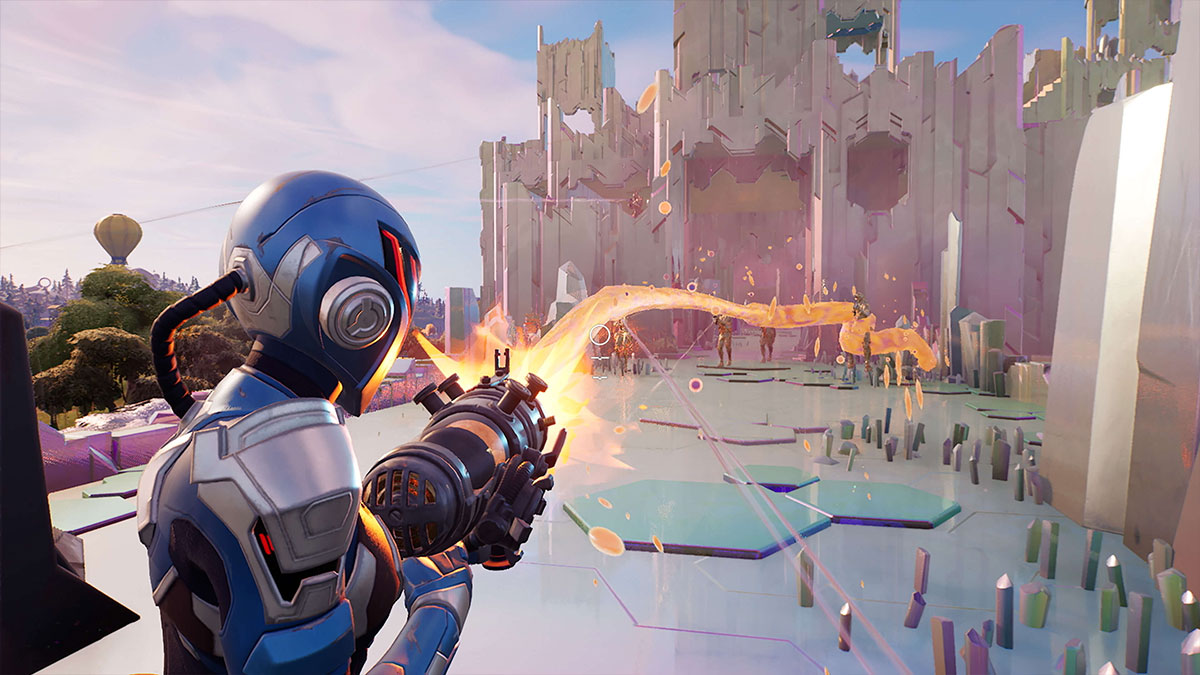 Fortnite has never been afraid to get weird or messy, and the latest weapon additions prove it. A trio of new items — two new and one unvaulted — have just been added to the game via hotfix.

First up, battle royale’s v22.10 hotfix has brought the Explosive Goo Gun to the game. The name pretty much says it all. As you spray the glowing orange goop from this weapon, it sticks to any surface (or opponent) it touches. The gel then explodes after a moment, dealing damage. To get the Explosive Goo Gun, check floor loot, Chests, and Supply Drops. Just note that you won’t find any additional ammo for it — this gun has its initial tub of goo, and that’s it. Also note that you won’t find this weapon in competitive playlists, according to the writeup on the Fortnite blog.

The new Throwable Launch Pad is part of the hotfix too. Again, the name spells out its purpose. This is a portable version of the Launch Pad, which you can throw down anywhere to give yourself a big aerial boost. That does mean it takes up an inventory slot, and you can only stack two at a time. You can get a Throwable Launch Pad as floor loot, in Chests, and in Supply Drops. Unlike the Explosive Goo Gun, these are actually part of competitive playlists.

Lastly, the v22.10 hotfix unvaults the Shield Bubble. Toss one of these, and it’ll emit a protective bubble that guards you and your squad from incoming fire. It’s also found on the floor, in Chests, and in Supply Drops, and it’s part of competitive playlists too.

There’s always something new going on in Fortnite. Epic Games just issued the Winterfest 2022 Callout for new islands in Creative mode, and submissions for the Rocket League Octane Callout begin on October 18. That same day is also the kickoff of Fortnite’s annual Fortnitemares Halloween event.