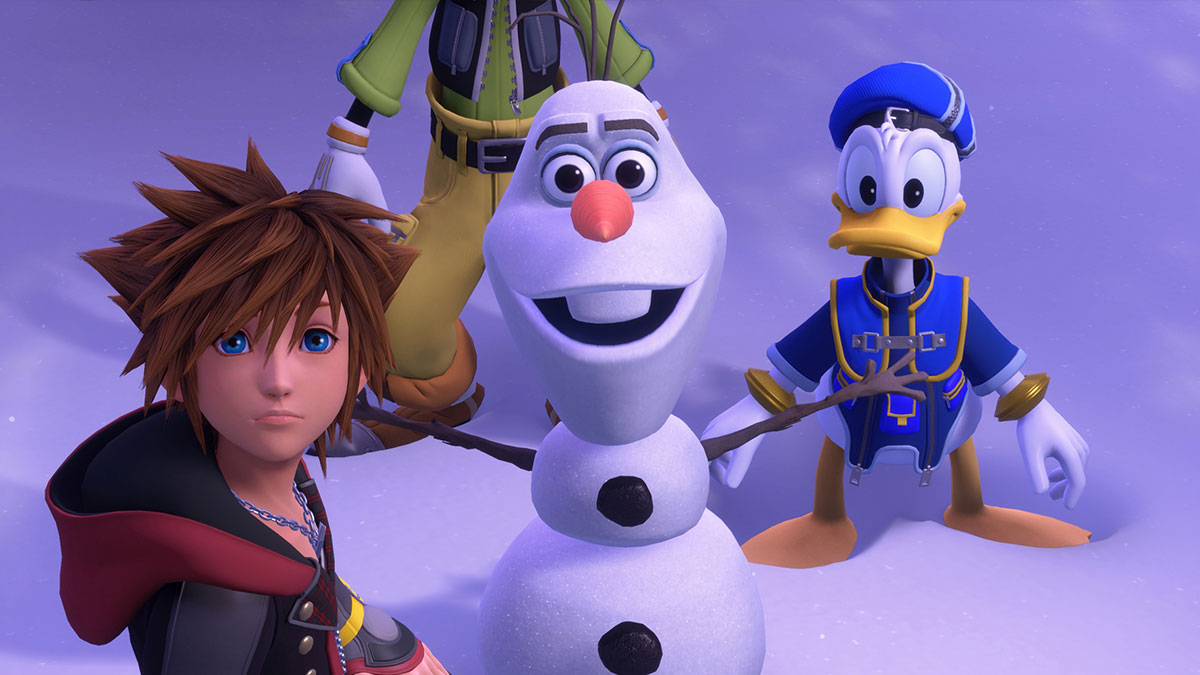 Crossovers can be a wonderful thing. They can be the Reese’s Cup of video games, bringing together two great things that fans love. Other times they might seem a little strange, even if the mashed-up ideas eventually become fan favorites. We’ve gathered a list of the 10 weirdest gaming crossovers right here, ranging from out-of-left-field DLC to full-on franchises. Remember: just because it’s weird doesn’t mean it’s bad.

Assassin’s Creed has always skirted the line of historical accuracy, but this particular collaboration is about as inaccurate as it gets. Final Fantasy XV Ardyn shows up in Assassin’s Creed Origins, and players who complete the ensuing quest get the Ultima blade, Ziedrich shield, and a half-Chocobo half-camel mount called a Kweh. History professors everywhere face-palmed over this special event.

Fortnite. Just, all of it

The sheer volume of crossover content in Fortnite gives the game an absurd quality. Where else can Ariana Grande go hunting for Chromed Wildlife while John Cena rides a zipline and shoots targets? What started as a battle royale with building elements has become the ultimate multiverse game for many players. You’re almost guaranteed to find a costume you like within its vast wardrobe.

Rock Band had two entries by the time Traveller’s Tales put its Lego spin on the franchise, replacing the note highway with little brick symbols and swapping band members for Minifigures. The studio had already licensed many properties, bringing us some of the best Indiana Jones games and more. Rock Band was an odd choice to add to the catalog, but at least it brought us some more great songs.

As the story goes, Kingdom Hearts came to be because Square Enix and Disney shared an office in Japan. Creatives rode an elevator together, and the literal elevator pitch to bring their work together took off. What began as a crossover between Final Fantasy and Disney has become its own beast at this point. Kingdom Hearts fans are some of the most fervent on the internet, and they’re only going to get more excited with potential Star Wars and Marvel worlds in Kingdom Hearts IV.

We’ve got one more Final Fantasy crossover to talk about here. Mario Hoops 3-on-3 is a relatively unassuming Mario Sports game, giving the Mushroom Kingdom characters a chance to play basketball. However, the roster also includes creatures and classes from Final Fantasy. We’re used to seeing Mario and company play sports, but watching a White Mage dunk is another sight altogether.

The Rabbits are polarizing mascots for Ubisoft: you either love the little rabbit things or hate their juvenile antics. When Mario + Rabbids: Kingdom Battle was announced, many Mario fans were worried about what the runts would do in the Mushroom Kingdom. The result was a fusion of two very different worlds in a well-thought-out tactics game, pleasantly surprising critics and fans alike.

The name says it all: this crossover sports title dropped Nickelodeon characters onto the same baseball diamond as real-world pros. Luckily the gameplay was cartoony — this wouldn’t have worked if 2K tried to make a realistic sports sim. It’s silly enough watching SpongeBob throw pitches while Invader Zim waits to cut off a runner at second base.

Nobunaga’s Ambition is a long-running series of strategy games, and in 2012, someone thought the historical warlord Oda Nobunaga should start catching ’em all. Thus, we got a tactics game where foot soldiers and other warriors team up with Pokémon to unleash special attacks. Bidoof may be one of the funniest Pokémon out there, but just you wait till it rolls up on you in the middle of war.

Poker Night at the Inventory is peak 00s internet

Poker Night’s lineup is truly bizarre. As the name implies, it’s a poker game, and seated around the table are Max from Sam & Max, Strongbad from the titular Flash video series, a heavy from Team Fortress 2, and Tycho Brahe from webcomic Penny Arcade. At this point, all four of these gents have lost most of their cultural relevance. The Poker Night 2 crowd fares a bit better: Sam from Sam & Max, Brock Samson from The Venture Bros, Borderlands’ Claptrap, and Evil Dead‘s Ash play cards, with Portal’s GLaDOS serving as the dealer.

Sonic Lost World runs through the kingdom of Hyrule

Nintendo and Sega have joined forces before, but Sonic Lost World on Wii U got an exclusive Legend of Zelda zone for Sonic to zip through. Somehow Link’s costume on the blue blur seems like it would restrict his speed a bit — perhaps he should’ve donned Majora’s Masks’ Bunny Hood instead. Rings being swapped out for rupees is pretty cute, though.