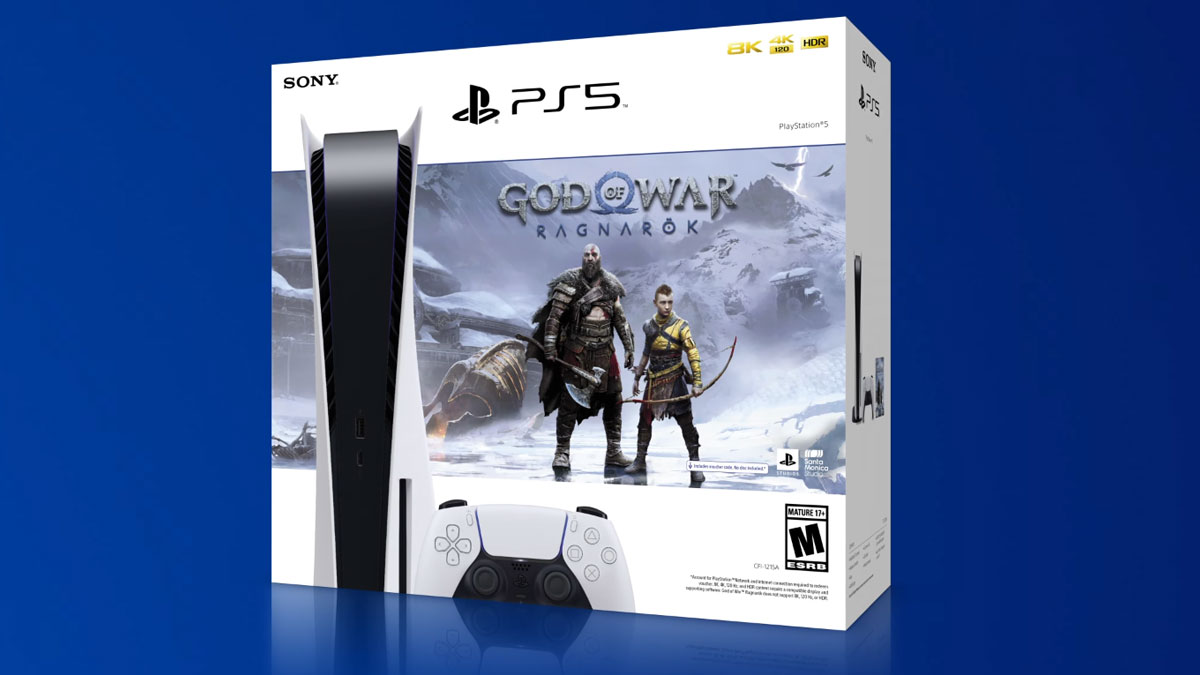 We’ve seen a ton of trailers in the lead-up to God of War Ragnarok’s launch. That’s not far away, especially now that the game has gone gold. If you’re looking to pick up Ragnarok and a shiny new PlayStation 5 in one fell swoop, good news: there’s a bundle just for you.

The latest God of War Ragnarok promo is the Next Gen Immersion Trailer, which does exactly what the name says. It highlights the PlayStation 5-only features of the game, including 4K resolution, 3D audio, and haptic feedback through the DualSense controller. Finally, it concludes with the announcement of the God of War Ragnarok PlayStation 5 Bundle. It’s only a quick stinger, but it shows that the bundle includes the disc drive version of the console, a controller, and a copy of Ragnarok. A package with an all-digital PlayStation 5 has not been announced at this time, nor has the bundle’s price. For reference, the Horizon Forbidden West Bundle with the same disc-console setup costs $549.99 USD.

That’s certainly a lot less than one would pay to get a Ragnarok preorder from eBay scalpers. Asking prices for the game’s Jötnar Edition have the reached the exorbitant heights of $800. It’s also worth noting that the bundle includes a standard DualSense controller, not the limited edition Ragnarok one. That’s still a separate $75 purchase.

In any case, God of War console bundle will be available the same day as Ragnarok’s release date — that’s Wednesday, November 9. Despite the PlayStation 5 focus of the new trailer, the game will also be available on PS4. In addition to the aforementioned Jötnar Edition, there are Standard, Digital Deluxe, and Collector’s Editions available for preorder.

With just a few weeks to go till Ragnarok’s arrival, you might need a refresher on the story so far. PlayStation put out an official recap video of the previous game from 2018, and we also have a handy guide on how to play the God of War games in order.