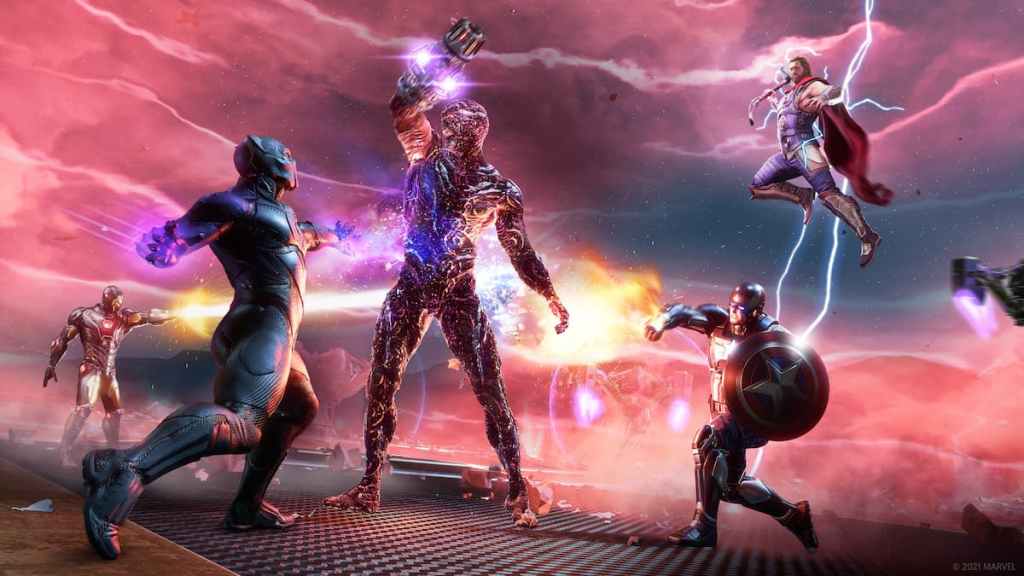 Square Enix will be continuing its support for Marvel’s Avengers as a new road map has appeared for the rest of 2021. Soon, we’ll be able to play as the highly anticipated Spider-Man and take on a true raid against Klaw. This is everything we know up to the end of 2021.

During the fall and winter seasons, there will be a new hero event specifically for Spider-Man, but keep this in mind, fellow Marvelites: it is exclusive to PS4 and PS5 players only. This means Xbox and PC owners won’t be able to play as their friendly neighborhood hero in Marvel’s Avengers. Square Enix is also introducing the game’s first-ever raid against Ulysses Klaw around the same time. There have been no specific release dates as of yet for either piece of content.

In addition to these significant updates to the game, there will be a power level cap increase, more outfits inspired by the Marvel Cinematic Universe, a new enemy type called the Echoes, and returning events like Corrupted Vibranium, Red Room Takeover, Tachyon Anomaly, and Cosmic Threat. Square Enix has also promised that there will be reworked systems for the game’s resources and gear upgrading.

But that’s not all. Square Enix will be celebrating the one-year anniversary of Marvel’s Avengers with community events like the Priority Mission Rush, Cargo Runner Synthoid, and Flashback Rewards Cache.

Square Enix has said that it’s still working on its plans for 2022 and has reassured fans that more content is yet to come. “We will have more information on our plans for 2022 when everything is finalized and the time is right,” said the official Marvel’s Avengers Twitter page. “Rest assured, there is much more coming in the future.”

We will also not be receiving any information on Marvel’s Avengers this week from the PlayStation showcase. “We can’t wait to show you more in the coming months,” said Square Enix.