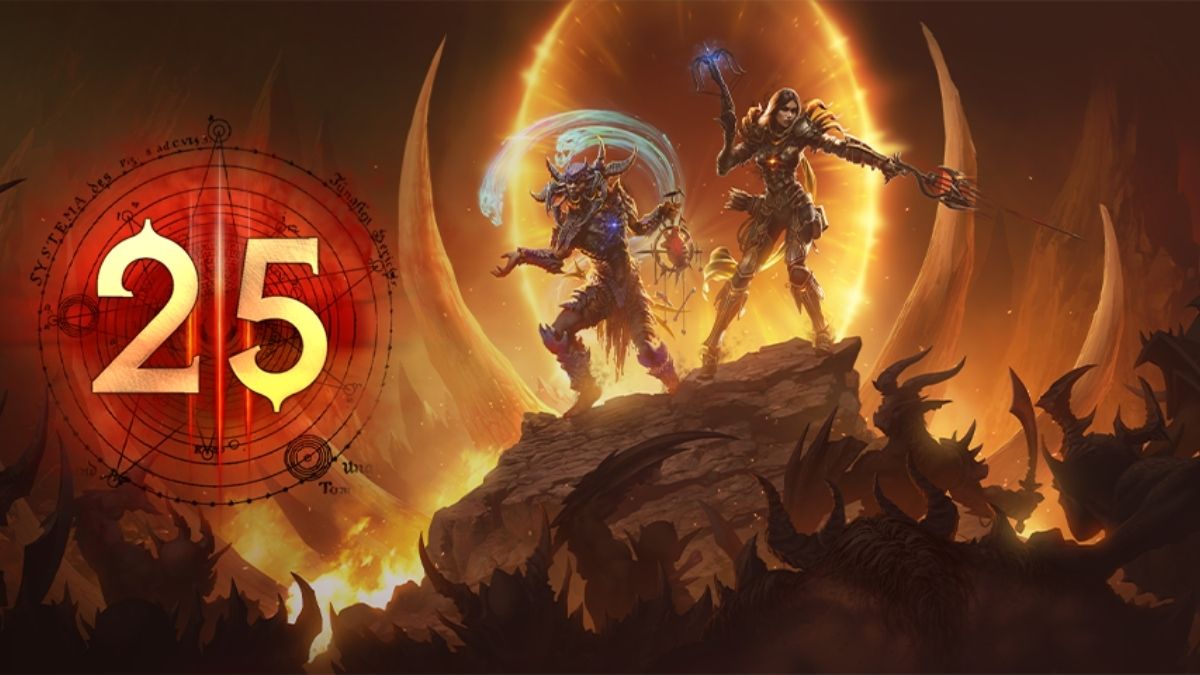 The addition of seasons was one of the biggest game-changers in Diablo 3 history, and with Season 25, the game comes back to give its fans more of what they love. Whether you play solo or with a group, get ready to reset your favorite character and start all over again. Because that’s the only way you’ll be able to get these exciting rewards (some of which are actually old friends in disguise).

Every season, the most important rewards are the gear. Gear sets can be difficult to find in the wild because they’re rare and work best, (shocker), as a set. So collecting all three to seven pieces can be a huge hassle. Seasons had made that process easier by adding gear sets as a reward, so fans of certain builds can get their faves as long as they finish the season out. So, what’s in store for Season 25?

There are two different pets this season, offered up at different levels. When you defeat the four chapters of objectives, you get Blaine’s Bear, a violent little teddy covered in blood.

If you complete the basic season and all the bonus objectives through Guardian level, you receive The Dark Lordling. He’s purely cosmetic, but a mini, chibi-like version of Diablo that can follow you around.

Brought back from previous seasons, players who complete the season will get Imperius-inspired portraits. However, those who make it all the way through Guardian will get the rare, unique, Pane of Tristram portrait.